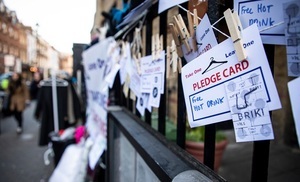 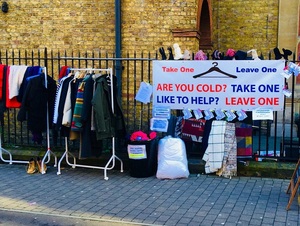 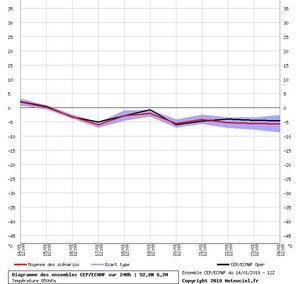 Up to 10c tomorrow and that could be the last time we see temperatures in double digits for a good while. Trending cooler from Wednesday as we finally start to see some proper winter weather! 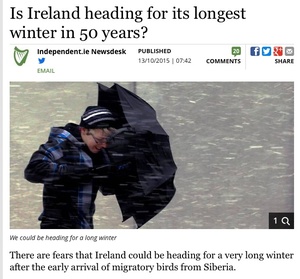 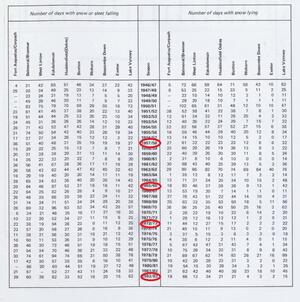 The coldest winter since the 1950s?

Not so fast, weather fans.

There are some scientific/meteorological reasons to suggest that the building blocks for a colder than average winter to verify are in place. They include record-breaking cold seas surface temperatures in the North Atlantic, entrenched early season cold in Russia and soon Eastern Europe, a strong El Nino, and periods of High Pressure blocking in recent weeks dragging in a polar continental airmass across Ireland and Britain.

The Irish Independent article bases its article on the fact that migratory birds have migrated to this side of the world. Nothing too unusual about that you might think. The birds in question migrate to the UK every year and have arrived early for two reasons.

Easterly winds have been persistent in recent weeks meaning that they have decided to take off west while the going is good (easier flight than the flight they normally make against westerly winds).

The other reason is that Siberia has seen winter kick in rather early. Eastern and central Europe too will experience some snow over the next few days. Many other similar newspaper articles have appeared in recent weeks with no evidence other than supposition to claim that Ireland is set for its coldest winter since 1963.

Is Ireland heading for a record breaking cold winter? Perhaps not (Mark Dunphy, The Clare Herald)

Is Ireland Heading For The Worst Winter In 50 Years (Independent.ie) 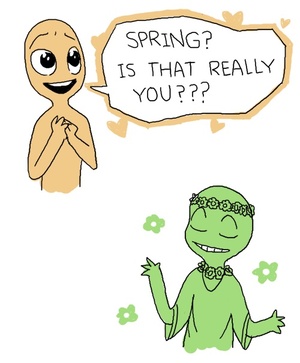 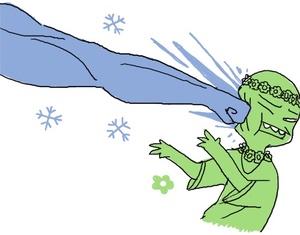 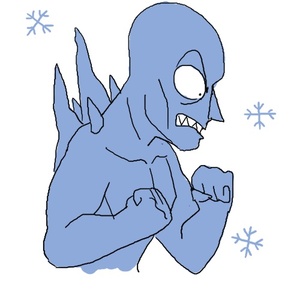 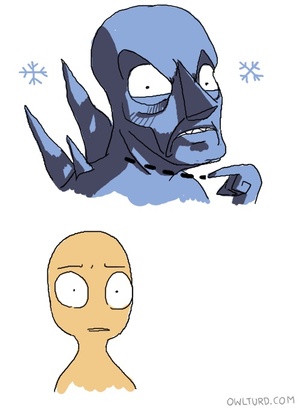 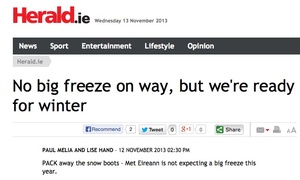 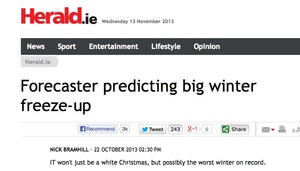 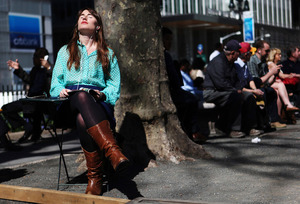 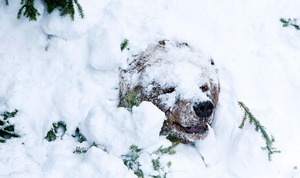 The First Day of Spring – In Pictures (The Atlantic) 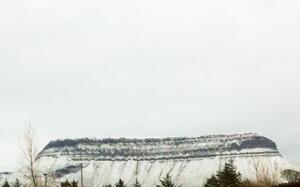 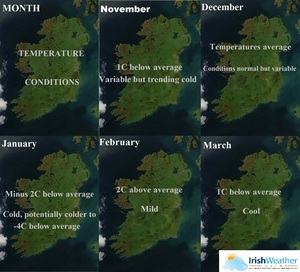 It’s going to be chilly with a lot of poorly-executed weather map designs.

Winter 2011-12 looks like being quite an active winter and not lacking in wintry weather types, although not entirely dominated by them either.

Readers in more isolated and upland locations might be well advised to have extra supplies on hand at a fairly early stage of the winter in case the early opportunities for cold dig in, but we think your main challenges will come in January this year. 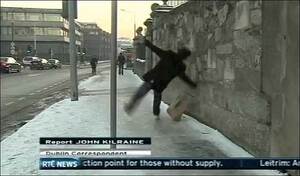 IRELAND can kiss goodbye to the Indian summer, with icy sleet and plummeting temperatures in store from the middle of next week.
Long-term forecaster Positive Weather Solutions has predicted a ‘white-out’ winter almost as harsh as the last — with widespread snow, temperatures as low as -16C and transport chaos.