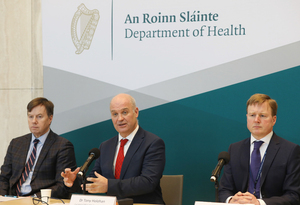 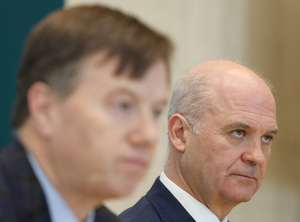 The Department of Health delivering an update to media on Ireland’s preparedness for Covid-19, protocols in place and public health advice.

Surge in virus cases ‘concerning’, but not a pandemic – WHO (RTÉ) 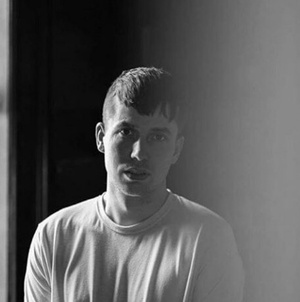 That’s the gist of the quite wonderful video for Dublin singer/songwriter Marcus’s debut single.

Marcus credits Amy Winehouse, Frank Ocean and Mos Def as influences but his own personality shines through on this very promising first release. 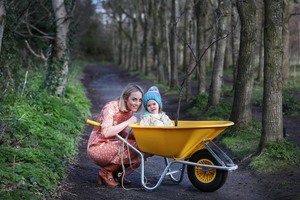 Telly’s Kathryn Thomas and her daughter Ellie (2) at the launch of Self Help Africa’s ‘One Million Trees’ campaign, sponsored by Glenisk.

‘One Million Trees’ is a local-to-global initiative that aims to plant 100,000 native trees in Ireland and one million trees in sub-Saharan Africa this year ‘in a bid to tackle climate change’. 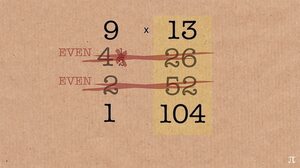 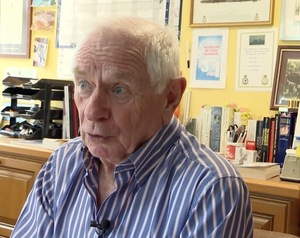 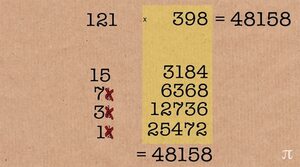 The utterly lovely Johnny Ball – long time aficionado and populariser of mathematics – breaks down the astonishing alternative calculation method of Russian Multiplication, which, he assures us, always works. 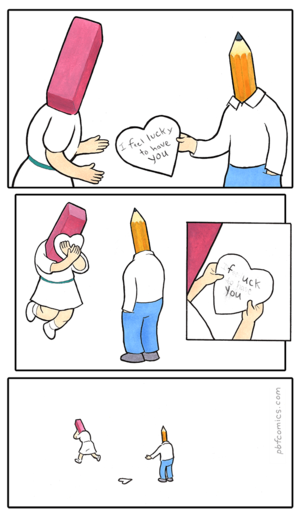 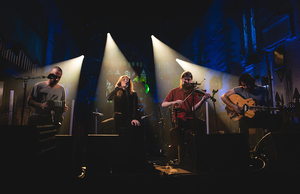 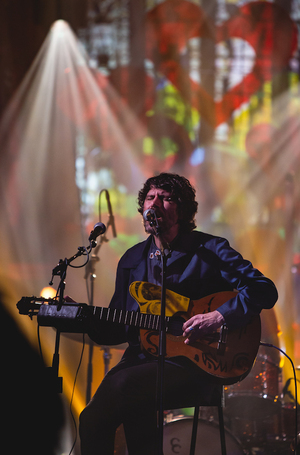 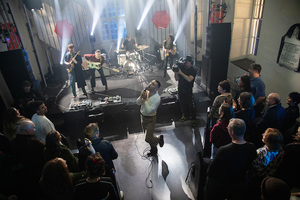 The series will include performances from top Lankum, Gruff Rhys and The Murder Capital and many more.

“This year’s series was filmed in Cardigan West Wales, beautiful Ballina, the remarkable Intel campus at Leixlip and of course in my hometown of Dingle. Featuring some of the world’s and Ireland’s most remarkable artists,

Other Voices has always been about creating a platform for brilliant new and aspiring artists and this year, we will introduce you to a remarkable and diverse range of powerful and passionate singers and bands. Turn on and tune in to RTÉ2 television and online to the RTÉ Player you will love it” 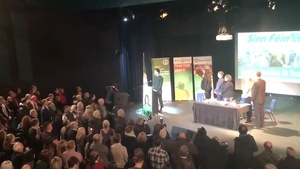 I remember when there wasn’t a venue in Ireland ended the night with Amhrán na bhFiann.
What is the point here, hardly news! https://t.co/TQ36a17Ov0 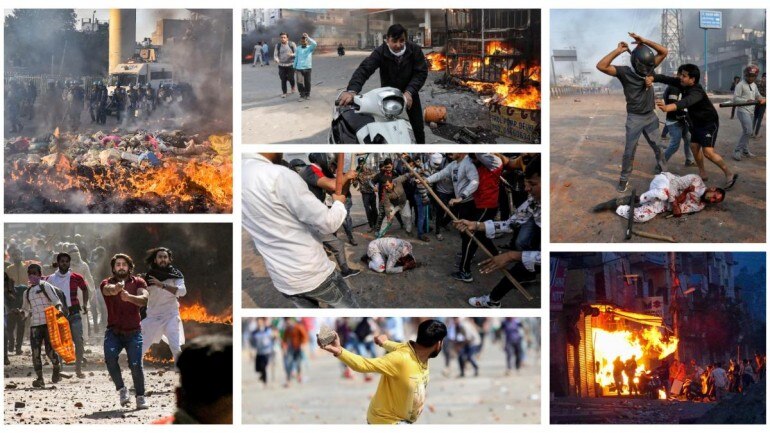 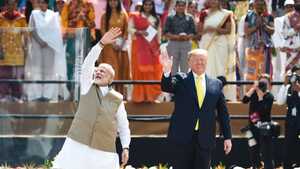 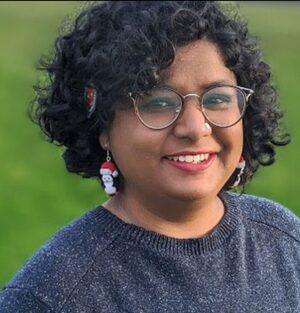 From top: Riots break out in Jafrabad and Maujpur areas of North East district in Delhi on Monday; US President Donald Trump and India’s Prime Minister Narendra Modi during ‘Namaste Trump’ rally at Sardar Patel Stadium in Motera, on the outskirts of Ahmedabad in India on Monday; lawyer Priyangee Guha;

US President Donald Trump was in India. He visited the Taj Mahal in Agra. Every national and international media outlet covered this very closely.

Meanwhile Indians have been protesting against the newly introduced Citizenship Amendment Act (CAA) since December 2019. The protests have been very peaceful until now.

Many of these protests have been led by women who are breaking many barriers to fight for the rights of the most vulnerable. This is one of the most unprecedented protests in India since Independence.

There’s also been “protest” in favour of the law.

On February 23, in one such “pro-CAA protests”, BJP Leader Kapil Mishra made a statement in his rally where he threatened protestors in Delhi with violence if the police failed to clear the area where people were protesting in the next three days.

Soon after Mishra’s statement, Delhi has been witnessing orchestrated attacks on the protestors. According to Indian Express, the attacks started immediately after the leader left the rally.

Protesters are allegedly targeting Muslims and muslim properties. There are reports of homes of Hindus being marked for protection while they burned down markets and shops while chanting ‘Jai Shree Ram’, ‘Har Har Mahadev’, and ‘Modi Modi Modi’

Various videos on social media have emerged which show that the protestors were attacked
while the police stood there as bystanders.

There are also videos where police are seen aiding the attackers while people impersonating as members of the Indian Army were deployed against protesters.

According to Reuters, Delhi police have used tear gas shells and smoke grenades to
disperse crowds. In another area, police has reportedly been attacking protestors without
provocation.

According to official reports, 21 people have died so far in these protests but the unofficial figure is expected to be much higher.

Journalists in the field have been cornered and attacked with the Asia desk of the Committee to Protect Journalists issuing a safety advisory for journalists covering the protests.

SAFETY ADVISORY: In the last few days, the attacks on journalists covering the CAA protests have increased multifold. The Committee to Protect Journalists has issued a safety advisory for journalists to consider while reporting https://t.co/pa3zhGvvMT…#DelhiRiots

And as protesters continue to be under attack, those injured are obstructed from getting access to medical aid.
In response, an emergency petition was filed at midnight yesterday where judges directed the police to ensure safe passage for injured victims.

The police have also imposed S. 144 of Indian Penal Code which prohibits assembly of people with arms, in several locations while Leaving Certificate examinations for secondary school students in affected areas of Delhi have been cancelled.

Sharma, whose speech has allegedly incited the violence in the first place, is now pleading people for peace.

When a group of students gathered outside the Chief Minister’s house demanding action, he refused to meet them. The students were then attacked with water cannons.

Even Delhi Police has appealed for people to maintain peace and harmony and they’ve also
“appealed to the media not to circulate any disturbing pictures which may further aggravate the situation”.

A group of citizens filed a petition before the Supreme Court of India to direct the authorities to take action against the perpetrators of violence and provide security to those protesting peacefully. The case was listed today in Supreme Court, and will be taken again after lunch.

But will the authorities take action against those who have incited violence? Will those who are orchestrating this attack be held to account?

While Delhi is set on fire, people in Kashmir remain disconnected for more than 200-plus days with no relief in sight.

Indian democracy certainly seems to be living an Orwellian nightmare.

But let’s talk about Trump’s visit to the Taj Mahal in Agra!

Priyangee Guha is a lawyer and a human rights activist from India who is living in Ireland. 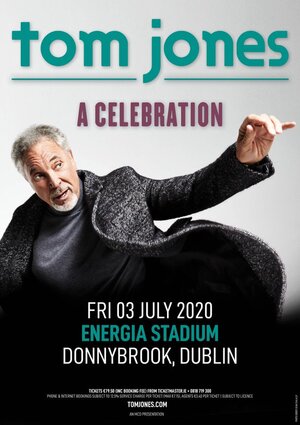 Ireland, pleased to report I will be bringing our celebration to your capital this July. Dublin tickets go on sale tomorrow 9am https://t.co/5IGuWByAVn pic.twitter.com/yWZrNM5Fvz 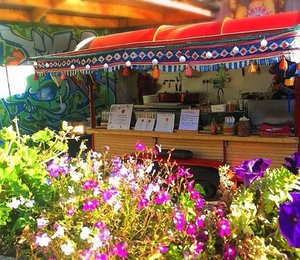 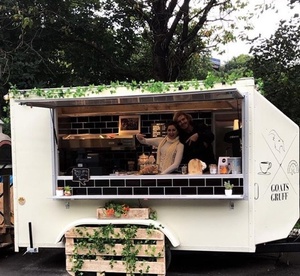 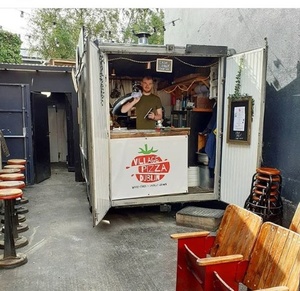 A number of pubs have opted to have food trucks and pop-ups operating in the pub or out in the back garden areas to provide food, sometimes on a rotating basis to keep punters well fed.

This provides a lot of variety for the customer and an added selling point for the pub.

It’s worth noting that all of the pop-ups on this list (see link below) have veggie options or are based around a veggie offering. Several of them have good vegan offerings too.