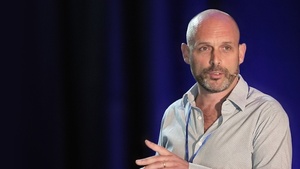 Ivor aka The Fat Emperor online, on Twitter with 83,000 followers and on YouTube (60,000 subscribers), describes his career specialty as leading ‘large worldwide teams in complex problem-solving activities’, Since 2012  has been ‘intensively researching the root causes of modern chronic disease’.

Leave a question below for Ivor on the rona issue or any other issue, even his amusing name, and we will ask him.

111 thoughts on “Answer A Broadsheet Reader”