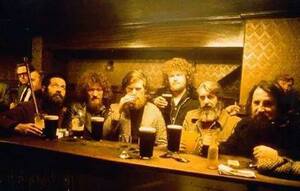 Hair of the gods. 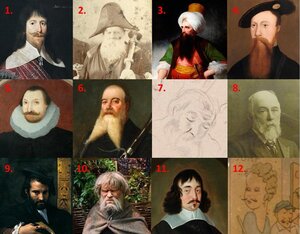 Compiled by York Adventurers who ask:

Which beard are you? 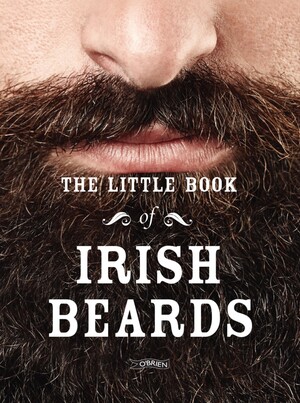 From O’Brien, the people behind the cherished Broadsheet Book of Unspecified Things That Look Like Ireland.

‘The Little Book Of Irish Beards‘.

The Little Book of Irish Beards aims to celebrate the bearded and moustachioed men of Ireland. From historical beardies, like the dashing Charles Stewart Parnell to the lucky locks of modern Irishmen like Gordon D’Arcy or Conor McGregor, The authors ‘ Five O’Clock Shadows’ have journeyed through time and genre to bring you Ireland’s best and most-famous bearded men. ‘Whisker ratings’ have been awarded throughout.

We have FIVE copies of The Little Book of Irish Beards to give away to a hairy pal/relative of your choosing. To enter, just complete this sentence 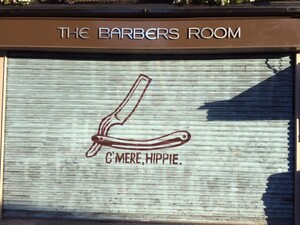 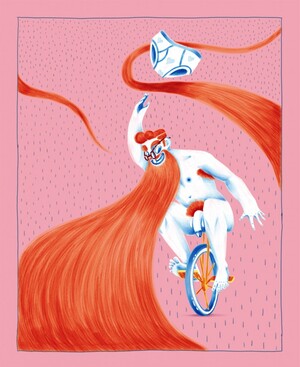 Another slice of life from the controversial Dublin-based Guts magazine, wherein writers offload personal stuff on a usually charmed and empathetic public.

A time when it was a bar to romance and even employment.

But that was the mid-noughties….

Back when everyone was worried about me, my mum sent me a clipping from the Sunday Times Style section. It was from Giles Coren’s weekly piece under the pseudonym “Professor Gideon Garter” called The Intellectual’s Guide to Fashion.

The column was an irreverent attempt to apply theory to fashion, where the professor would write about a particular topic or item of clothing generally (though not always) in the press that week. The one my mum sent me was about beards. I’d had one for a couple of months at that stage and I guess it was quite a big part of why everybodywas worried. The article appeared on the 1st of February 2004.

How little was known then about the state faces would be in ten years later, when peak beard would take hold. The illustration that accompanies the afore-mentioned Sunday Times article would not be recognisable to anyone today as being beardlike.

It is rather a light dusting of facial hair complete with a wispy haircut curling out from underneath a beret. Essentially, it was an attenuation of the foppish hair-do and not an actual beard in its own right.

Further study of the article reveals the inherent contradiction at its core – Professor Gideon Garter goes on to claim that all great intellectuals in history had beards and why shouldn’t they be fashionable? The article was clearly a case of rear-guard action of a beard-wearing enthusiast who was battling the opprobrium familiar to someone with his tastes in those less facial-hair friendly times.

For those of you currently thinking, “Oh no, not another bloody article about hipsters!” fear not. This is an article about my relationship with the land of beard and how changed I found it when I went back there (in truth, I’m probably going to mention “new coffee” in here at some point too) with some awesome and apposite film references to help explain things.

That the landscape has been changed by the so-called ‘hipster beard’ though, is important and so is the timing of its origins.

My own personal beard-span ran from late 2003 to 2011ish roughly speaking, family weddings (though not always) aside. Round the time Professor Gideon’s article came out, when it became apparent that my beard was staying,

I told everyone (by which I mean the well-meaning parents of friends, with their looks of concern) that it (my burgeoning beard) was a requirement of my final year philosophy undergrad. Deepening concern generally gave way to bewilderment, as I’d then follow with the quip that most of the girls (young women) in the class were pretty put out by this requirement.

But that was the landscape back then – beards were not at all trendy and young people who had them felt the need to explain themselves. Which, in turn, had its own effect. Like it or not, it placed you in a club of sorts.

You could see it in the faces of other fellow beards in the street – a sort of embarrassed look of recognition would be exchanged, perhaps even a slight nod, which would convey a sense of solidarity – that they too knew what it was like to experience lingering ketchup stains on their face and a very mild form of discrimination from the hypernormalists, with their clean-shaven faces and real jobs.

And if you didn’t have a beard, you knew that people who had them ought to be shunned for the type of pinko, weirdo, deluded subversive that they were. Like the time I was leaving a house on Leeson Street at about 3 in the morning one Saturday night in 2006ish with a friend of mine, and was confronted by quite a breath-taking instance of anger from a pair of guys on their way home from one of the nightclubs up the road.

“Look at this fucking guy with his BEARD”, one of them said, “What are you gonna do? Are you gonna kill yourself? There’s a fucking tree buddy,” (he pointed at a tree), “Why don’t you go and HANG yourself!”

Even I, who was accustomed to the concerned looks on the faces of friend’s well-meaning parents, wasn’t prepared for this level of hostility, but it wasn’t exactly a total shock either. My friend Luke, who was with me at the time (completely unable to grow a beard, it would come out in rubbish patches – like scrub on the Burren – so never knew about what being in the secret nodding club was like) was far more surprised by the altercation.

Those of you who are more observant, the fizzier category amongst collective fridge of fizzy drinks, will have noticed a while back that I made a second mention of the term “real job”.

The “real job” goes to the heart of the matter and explains the main difference between having a beard now and having one before peak beard. And it’s why I’ll mention that Will Self article and put forward the idea that it is supremely naïve (I lost the first beer mat at this point).

His thesis about hipsters and hipsterdom is that they arose from his generation’s willingness to commodify the subversive, to wrangle money from irony in a cynical manner. His naivety is that there was any autonomy involved in this process. Capital always precedes the production of further capital and the recent vogue for beards, retro-everythings and indeed, “new coffee” is no different. It’s just an example of doing more with less.

Easy money isn’t coming out of the banks to pay construction workers to build hotels and housing estates no one ought to want to live in anymore, so now we’ve got beards and coffee instead.

It’s no coincidence that the proliferation of hirsute faces and this new invention of coffee occurred in Ireland during a time when a huge swathe of educated young people found themselves in a country with very little employment prospects.

Why not grow a beard and sit around drinking coffee, while some barista calls you “man” 24 times per espresso shot? Basically, there’s a lot of beard tourism going on amongst people who would ordinarily not have beards because they’d have real jobs that don’t involve a fake coffee industry and imaginary jobs.

For a vaguely academic background to this, I’m going to give a summary of the Wikipedia page for Urban Studies theorist, Richard Florida’s 2002 book, Rise of the Creative Classes. His basic argument is that creativity fosters economic growth and that cities have become independent of the traditional super-structures of state and big business – that different urban centres are in competition with each other within the same countries. And that those places which are more open to socially liberal ideas and accepting of so-called fringe elements of society, will fare better than more conservative hubs.

Anyways, this is to have veered slightly off-topic. My point is twofold: 1, somebody bought me a bag of coffee from one of these “new coffee” places recently and it said this on the back: Complex, delicate and lively with hints of bergamot, apricot, jasmine and lemon. Floral, sweet and wonderfully juicy. That is a genuine tasting note. On a packet of coffee. Coffee . I’m not going to analyse it or explain what’s wrong with it.

It’s a bit like the end of the film, A Time to Kill, starring Matthew McCaunaghey, where he describes the brutal rape and murder of the daughter of the defendant he’s defending (who subsequently killed the attackers of his daughter and that’s why he’s on trial). During his closing argument he says, “now imagine she’s white” in order to win over the white jury to seeing his black defendant’s point of view prior to his act of vengeance.

The description of those tasting notes might make sense if they were describing wine (which can have these tastes and textures) but not fucking coffee. “Now imagine it’s coffee.” No, I fucking can’t Matthew McConaughey – it’s nothing like coffee.

The 2nd part of my point is that I didn’t shave while I was on holidays a while ago and when I came back, I found that having a beard was a very different place to how it was before. People look at you dismissively, differently now to how they did back then. This time, it was clear people were looking at me the way the other soldier guy looks at Kevin Costner late on in the film, Dances with Wolves. Kevin Costner is all dressed up in buffalo hides and eagle feathers and the guy says, “You turned Injun, didn’t you?”

And what’s terrible is, you can’t then turn around and say, “I AM A FUCKING INDIAN – I’VE BEEN A FUCKING INDIAN SINCE THE MID-FUCKING NOUGHTIES!” without looking a bit strange. Instead, I had to shave it off.

YOU GUYS ARE RUINING MY BEARD FETISH.  Ever since I was a little girl, I’ve loved a man with a beard. To me, they meant strength, power, MANLINESS. Someone who could protect me. Unfortunately, you guys have turned it into a fashion statement. The beard has turned into the padded bra of masculinity. Sure it looks sexy, but whatcha got under there? There’s a whole generation running around looking like lumberjacks, and most of you can’t change a fucking tire. 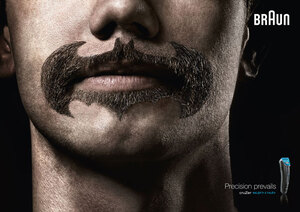 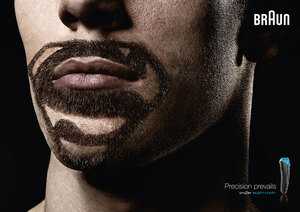 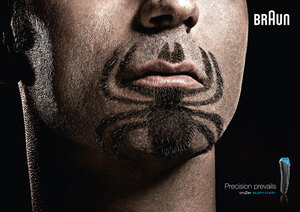 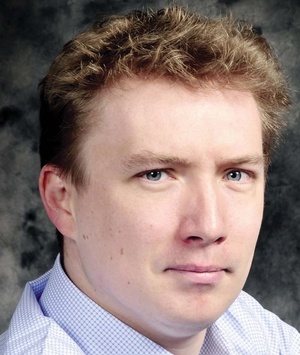 With weed in the news again, following the current hoo-hah about homegrown Irish skunk and the publication of a 20 year research project suggesting that occasional marijuana use may well improve lung function, Steve Elliot of Toke Of The Town reports on the strident anti-pothead musings of Dr Ruari Hanley (above) last week in the Irish Medical Times:

Regular readers of this column will be unsurprised to learn that I have never had any time for marijuana. Like anyone who attended an Irish university in the last 40 years, I was aware during my college years of the existence of a few long-term cannabis users. I freely admit I regarded these people as a bunch of brain-dead, attention-seeking idiots suffering from a chronic aversion to personal hygiene.

In fact, I cannot recall ever meeting a clean-shaven pothead. This is an approach to grooming they appear to share with trade union officials and borderline communist politicians.

To be fair, and with a few pathetic exceptions, I would say that medical students were among the least likely to regularly partake of illegal drugs while in third-level education.

For this reason, they were largely mocked by other, more ‘hip’ undergraduates as a bunch of boring nerds who were unwelcome in the various fashionable ‘societies’ where Celtic Tiger cubs went to play. No doubt the cool gang are still laughing from the higher moral ground of the dole queue today.