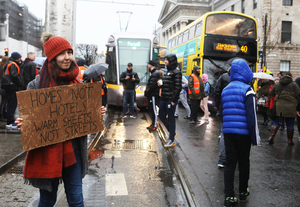 We have heard about extra beds and self isolation units however it isnt happening quickly enough. Many privately operated units without proper trained staff or proper meals.

Get down off that!

Sligo-based carpenter and artist Neil O’Connell has today launched a website for his company, NOC On Wood. 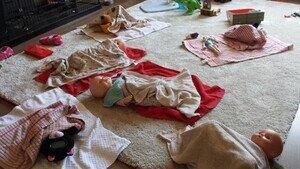 When I walked into the living room this morning, I saw my daughter Tilly (3) had been busy creating a dolly morgue… with the help of some tea towels. 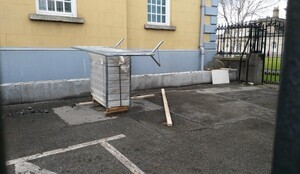 No one can sleep on that.

This photo is of the Luas side of Dr Steevens Hospital [Dublin 8]. Note the very expensive stone wall cladding. There are five of those pallets. Priorities? Trolley anyone? 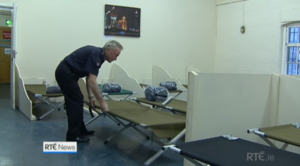 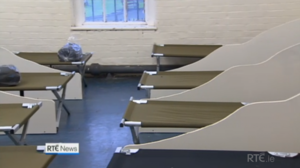 “Tomorrow [Friday, December 12], our colleagues in the Civil Defence will be opening up 20 beds. That means 70 beds out of the 260 promised will be in place. By the 23rd of December, we will have those 260 beds in place.”

According to a report on the Civil Defence website, the beds will “be made available only by reference from the [Dublin] City Council’s freephone helpline service” and they’ll be in operation until March 2015.

“I would have a question about the quality of the beds. Currently much of the emergency accommodation is dormitory style and if the new 200 beds are going to continue to be dormitory style then you’re going to have a lot of homeless people who will just refuse to go into them because they feel they are too dangerous and they will continue to sleep on the streets.”

Fr McVerry also said he hoped rough sleepers would be given a bed for a week or a month at a time, instead of the present situation whereby homeless people have to ring a freephone number every evening to see if there is a bed available.

Previously: Help Is On Its Way 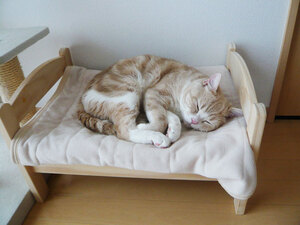 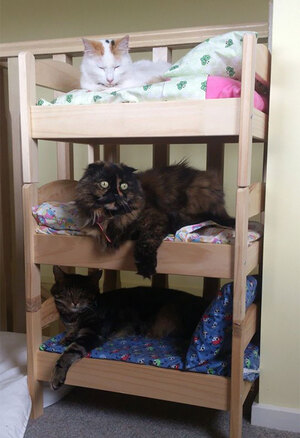 The $20 Duktig is officially a toy bed for children’s dolls, but it also seems to have become IKEA’s first foray into the pet furniture market. Incidentally, the slot at either end of the bed is an excellent feature for cats – it lets them stick their tails out if they want to relax.