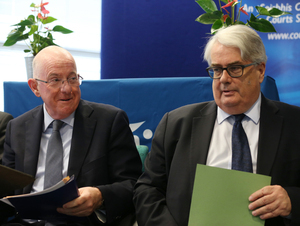 Mark Tighe reported that, on Saturday, the chief justice of Ireland Frank Clarke announced a ban on the use of social media and all electronic communications within courts except in the case of “bona fide” journalists or lawyers.

Clarke said the presidents of the five courts, from the District Court to the Supreme Court, had signed a practice direction meaning the ban would apply to all courts.

He said the new rule was a form of “soft law”. It would not create a criminal offence but judges could order parties to stop using devices, to surrender phones or order them to leave court if they refused to comply.

“In a paper released by Clarke, he appeared to point to the Jobstown case as one of a number of recent trials that showed a need for regulation.

“…Charlie Flanagan, the justice minister, welcomed the rules, saying it was essential to ‘ensure the integrity of the trial process’.

“Journalists considered bona fide would be those who work for a publisher or broadcaster signed up to standards set by the Press Council of Ireland or the Broadcasting Authority of Ireland. It also includes members of the National Union of Journalists.” 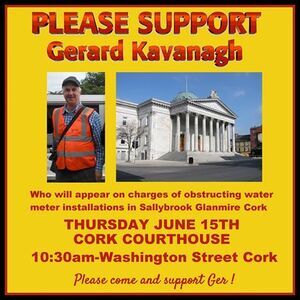 Via Jobstown Not Guilty 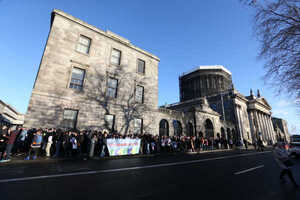 Plenty of Honks at the High Court #ApolloHouse #HomeSweetHome pic.twitter.com/qzRu5SESd0

At the High Court, Dublin.

Apollo House, which currently houses 35 residents who would otherwise be sleeping on the streets, faces threat of closure in Dublin’s High Court this morning.

Activists and residents call on all support to join them outside the courts to show support and help us to keep this building open for those in need of shelter. Mazars Receivers, apopointed by NAMA, have ordered the building to be vacated and lie empty again.

Keep Apollo Open! Support us in the courts (Facebook)

Earlier: Midnight At The Apollo A barely animated NSFW ‘special episode’ of Rick and Morty, (with both characters voiced, as always by Justin Roiland) shown at San Diego Comic-Con last weekend replicating the actual dialogue of an extraordinary and prolonged exchange of unpleasantries between Judge Bryant Durham and defendant Denver Allen at a Georgia courtroom last month.

Greatest Transcript Ever Turned Into Greatest Cartoon Ever (Above The Law) “A large protest is expected outside Limerick Courthouse later, where more than 200 home repossession applications are listed to be heard.”

“The first involves 219 applications to repossess residential homes by a number of lenders and will start at 10 this morning.”

According to The Hub, these are the applications that will be dealt with today. The surnames of the individuals have been removed. A recent linguistic zingfest by Judge Seamus Hughes (no stranger to these pages, etc)

Then Judge Hughes asked the defendant: “Where would I buy €800 worth of cannabis this morning?” “You’d have to look it up. I got a number from a man, and I had to meet a man in a car park in Golden Island,” said Henehan. “What? Oh, I thought you said ‘on a cold night’. The cannabis is already affecting your voice,” observed the judge. “Tell me, how did you know it was cannabis, and not dried nettles, or something. Sure, he might have just topped it off with cannabis or dogs’ urine,” quipped the judge.

Previously: Judge Of The Day Stenographer Jean Rohrer explains the fascinating workings of a stenotype machine – the chorded keyboard used by court reporters who type phonetically and can reach speeds of up to 300 words per minute. At the back of Longford District Court this morning during the hearing of the man accused of assauting two young girls in Athlone.