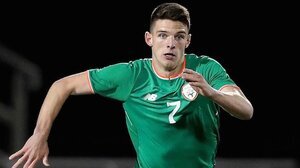 From top: Football defector Declan Rice as a Republic of Ireland player; from his Instagram account in 2015

The footie star, who turned his back on Ireland last month, could start for England tomorrow for the first time following his country switch

…But social media posts have emerged of Rice crowing “up the Ra” and his hope of playing AGAINST the Three Lions…. 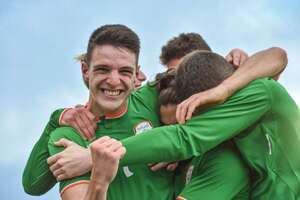 We’ll take the kit back now.

If you’re a proud Englishman why kiss the REPUBLIC OF IRELAND badge 🤷🏻‍♂️ pic.twitter.com/5vVa8m7K99 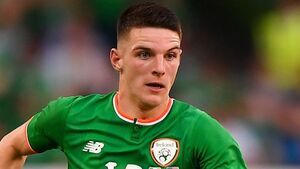 They stole our potatoes now they’ve stolen our rice.

Force him to play.

At gunpoint if necessary.