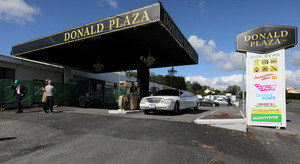 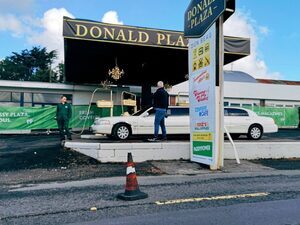 Good Morning big man! Fancy joining us for a covfefe at the grand opening of Donald Plaza today? @realDonaldTrump pic.twitter.com/iQkvrGstDy 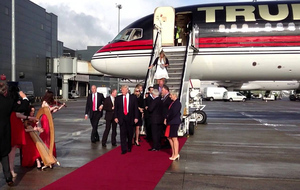 … But the people of Doonbeg, seem to have no objection to Mr Trump’s visit as a businessman. They acknowledge the many millions of Euros he has invested in Trump International Golf Links and Hotel, the environmental sea-wall against the Atlantic he plans to build, and the employment opportunities he has provided.

Tommy Commerford of the Doonbeg Fishman’s Alliance said he had “no problem” with Trump being in West Clare, and Caroline Kennedy, owner of the local Igoe Inn – she also runs the Doonbeg Jazz Festival – says he’ll be “welcome with open arms”.

So, whose judgement is best on this delicate issue – the politicians who have spoken, or the people of Doonbeg?

Much of what politicians say for public consumption is what is known, now, as ‘virtue signalling’. The message of their statements often means: “Look what a compassionate, high-thinking and virtuous person I am! I condemn racism, sexism and Islamophobia.” (Wasn’t there someone in the New Testament, described as being constantly at the front of the temple, virtue-signalling to everyone what models of moral conduct they were?)

But the Doonbeg people aren’t concerned with ‘virtue signalling’; they’re thinking of more basic, bread-and-butter issues, such as keeping their resort viable.

Doonbeg had seldom been heard of, outside of Ireland, until Donald Trump purchased it, making it, according to Condé Nast Traveler “the Number One [golf] resort in Europe”.

Bread-and-butter doesn’t inevitably come before ethical values. But the people of Doonbeg surely have a greater entitlement to speak on this particular question than the virtue-signalling Richard Boyd Barrett or Enda Kenny.