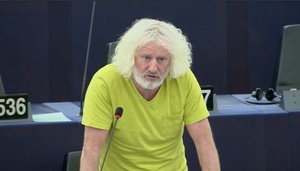 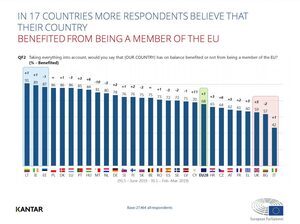 The European Parliament published its first results of its post-election Eurobarometer survey.

Asked if “taking everything into account, would you say that Ireland has on balance benefited or not from being a member of the EU?”, 89 per cent of Irish respondents said “yes” – 21 per cent more than the EU average.

The survey can be read in full here 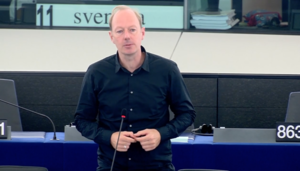 At the European Parliament.

A direct appeal to the President of Ireland Micheal D Higgins from German satirist MEP Martin Sonneborn, of parody party Die PARTEI (“Party for Labour, Rule of Law, Animal Protection, Promotion of Elites and Grassroot-Democratic Initiative”) – in relation to the Apple tax ruling.

From around 45 seconds, Mr Sonneborn said [in English]:

‘Dear Mr President of Ireland. If you still believe that Apple will create some jobs in Ireland, forget it. Apple only ever had one Jobs. But he is dead. He will not come back. So, please take my advice: take the money and run. 13 billion euro will buy you many, many iPhones. This will generate more tax income for Ireland. Then you can buy even more iPhones. It’s a win, win, win situation. Think it over with a good bottle of whiskey, sláinte.’ “

“The EU has changed. When I took up this job I wanted to fight for a core strong Europe. And we now find the numbers committed to that have gone down after Brexit and the current situation in Hungary, we now see other people being shown the door. A government which actually refuses to take the taxes from the Apple firm, for example, could actually give the impression that what we’re really talking about is a Europe of business and not of citizens.” 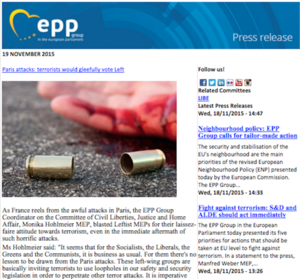 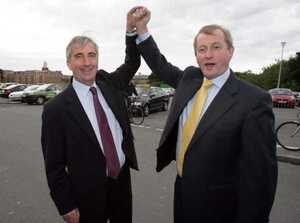 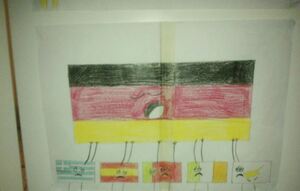 “Irish pupils entered drawings for “#EU and you” competition. This is one entry. On display in European Parliament.”