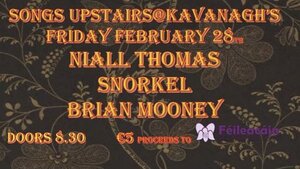 Also on the bill are former Idiots singer Brian Mooney and Snorkel aka cellist Mary Barnecutt, who released a fine album as Mary And The Pigeons in 2016 called Into Air.

Nick says: See you there! 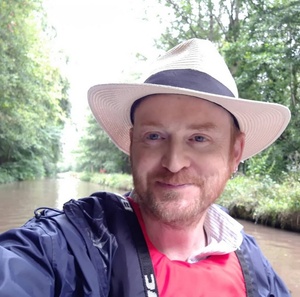 We welcome our Celtic cousin James Yorkston as he embarks on an Irish tour beginning tonight in Cleere’s Bar, Kilkenny.

The irrepressible Edinburgh folkster will doubtless be playing songs from his recent solo album The Route To The Harmonium (see video) as well as his new three-way collaboration with Jon Thorne and Suhail Yusuf Khan titled Navarasa which is out today on Domino Records.

The tour continues tomorrow night in Phil Grimes Bar, Waterford; Coughlans, Cork, on Sunday; and The Workmans, Dublin, on Sunday. 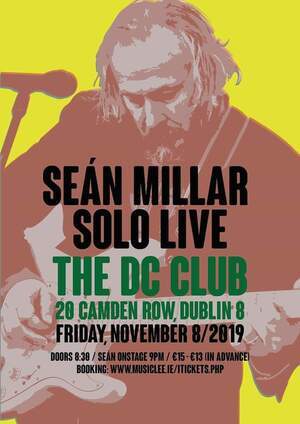 The Doctor will see you now.

Expect to hear songs from his extensive back catalogue stretching back to the 1990s and he’ll be taking requests from the audience too.

Sean will be on stage at 9pm.

The atmospheric black-and-white video above, which was directed by Susan Gleeson, features Sean cavorting with actress Pom Boyd on what looks like Dollymount Strand. 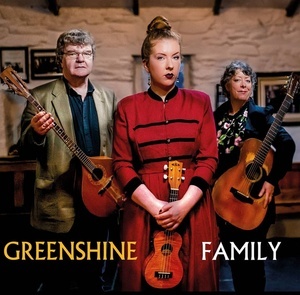 Their roots are showing.

Tonight they will be joined by percussionist Martin Leahy for their show in the Dublin Conservative Club (DC Club) at 20 Camden Row, Dublin 2 at 9pm.

Above is a single taken from their highly recommended album Family which also contains faithful covers of classics by John Prine and Townes Van Zandt.

The video, with its lovingly shot vistas of sun-kissed cacti, was directed by Dean Maywood. 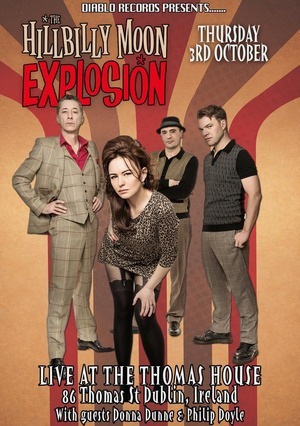 Check out their new album The Sparky Sessions. 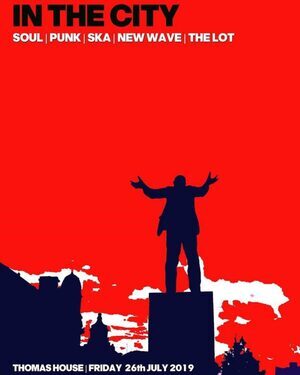 An ecelctic picnic at Thomas House, The Liberties, Dublin 8 with Jennifer Healy, Arlene Murray and Gerard Proudfoot on the decks. 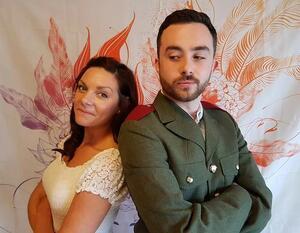 Laura O’Leary  as Beatrice, and Eoghan Byrne as Benedick in Arclight’s Much Ado About Nothing

There’s a bit of ‘ado’ in Greystones.

Dublin-based Arclight Drama Studio perform their unique take on Shakespeare’s fast-moving comedy Much Ado About Nothing tonight at 8pm, outdoors in Temple Carrig School, Greystones, prior to two performances on this Saturday in Stratford-Upon-Avon as guests of the RSC [Royal Shakespeare Company].

The show just finished a sold-out week at Dublin’s Smock Alley Theatre. Prepare to have your culture quotient enhanced and your ribs tickled, and all for only a fiver!

Much Ado About Nothing in Carrig School, Greystones (Facebook) 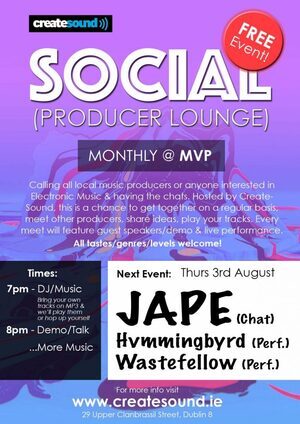 On Upper Clanbrassil Street in Dublin 8.

For this one we’ve got a vocal’y producer theme with some great Dublin talent on show. JAPE is stopping in for a demo along with performances from Hvmmingbyrd and Wastefellow.

All welcome, from bedroom producers, to people just interested in having a gander. Chat, collaborate, have a mooch.

DJ’ing Irish electronic either side, and people can bring their own productions on a USB key if they like and we’ll shtick them on. 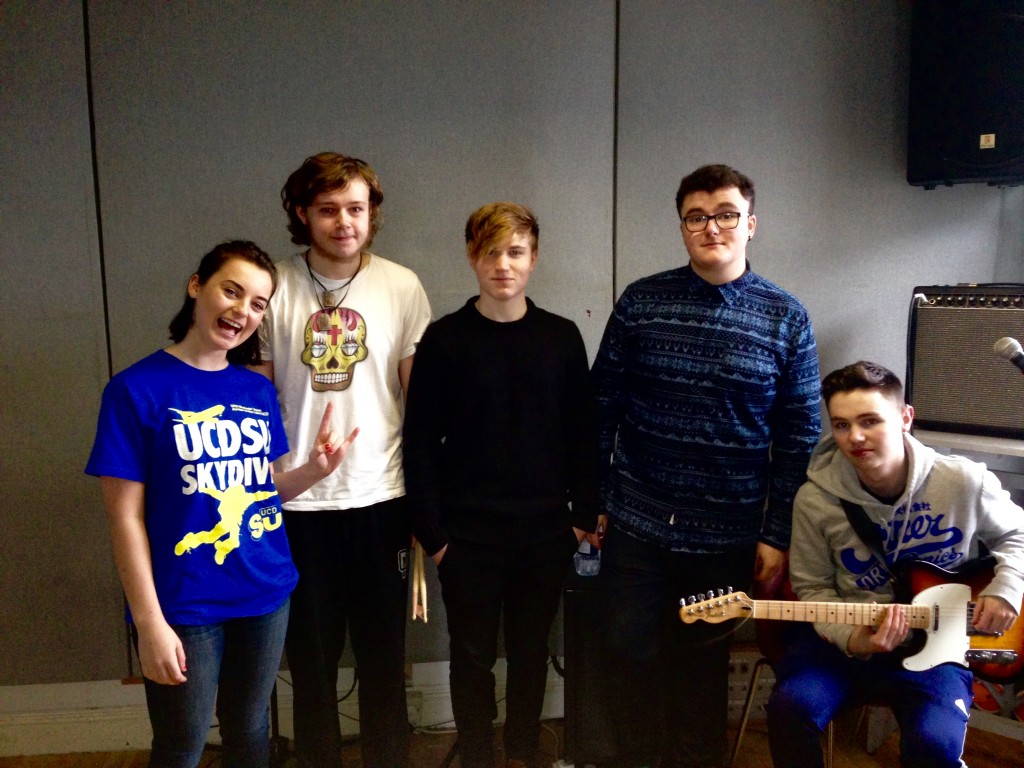 UCD Students’ Union have pledged to raise €100,000 for Youth Suicide Prevention Ireland (YSPI) by the end of academic year, 2015/16. They’ve raised over €24,000 so far and hope to break €30,000 tonight with a charity gig in the Workman’s Club tonight — Doors 8pm, €8 entry. All proceeds will assist YSPI reduce levels of youth suicide in Ireland through a classroom based programme, The Four Steps to Help, provided free of charge to secondary schools around the country. 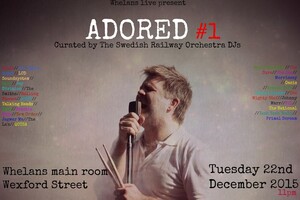 Whelans is launching a new club night tonight called Adored, curated by The Swedish Railway Orchestra [Dublin-based multimedia project “with interests in music, film and art”]. Fancy it? Well, save yizzer selves some money and get on the guestlist on the Facebook event page [link below].