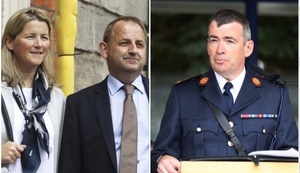 Mr Harris spoke with Sgt McCabe and his wife Lorraine, who have five children, for around an hour and a half – during which time they spoke about the Disclosures Tribunal and other matters.

Mr Harris, who was on his own with the couple during the visit, apologised to Sgt McCabe and Lorraine on behalf of An Garda Síochána and thanked him for highlighting issues within the gardai.

Sgt McCabe and Lorraine were “extremely pleased” with the meeting. 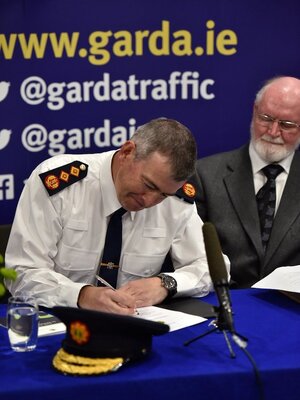 Commissioner Drew Harris took up his role at 00.01 this morning at Kevin Street Garda Station. pic.twitter.com/vYt2HOFWHY

Any idea why the new Garda Commissioner was sworn in at Midnight on a Sunday? 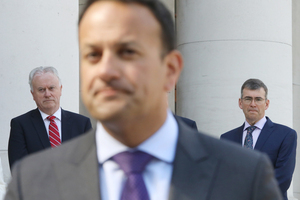 Speaking on RTÉ’s Morning Ireland, Donnchadh Ó Laoghaire said Sinn Féin has worked with Mr Harris during his time in the PSNI and that it will continue to hold him to account, as it has with previous commissioners.

He said comments made by Mr Harris to the Smithwick Tribunal, that garda officers had colluded in the murders of two RUC officers, were very serious, and that allegations of collusion – North and South – needed to be pursued.

He also said he does not believe the Government has done enough to properly pursue the Dublin-Monaghan bombings, and that it must now follow up with the British government.

Stephen Travers said it was a “hammer blow” to every victim of collusion between British security forces and loyalist terrorists, and described it as “putting the fox in charge of the hen house.“