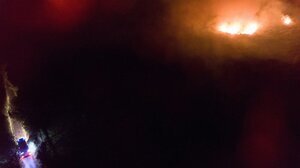 Last night we were called to a gorse wildfire in the Dublin mountains. Firefighters from Tallaght station were on scene, good weather has led to a drying out of vegetation. #DronesForGood 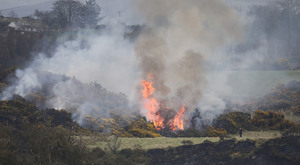 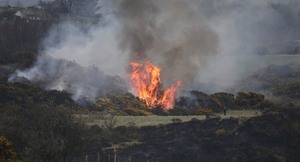 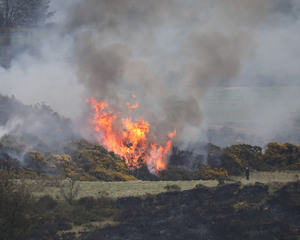 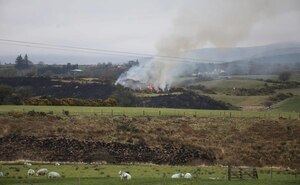 Fire engulfes dry gorse in the West Wicklow Mountains, just beyond Hollywood Village. Since the start of the week fire services and the Defence Forces have been fighting fires in the Wicklow and Dublin Mountains which have been out of control and according to reports at one stage threatened Hollywood Village.

Today is the last day farmers are allowed to burn vegation on their lands and according to the emergency services most of the recent fires have been as a result of delibarate burning which got out of control. 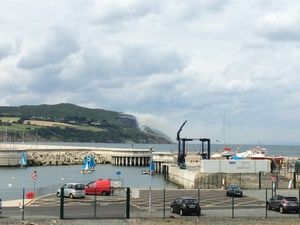 Neil (from the vantage point of Greystones harbour) writes:

The almost-annual Bray Head gorse fire has kicked off. 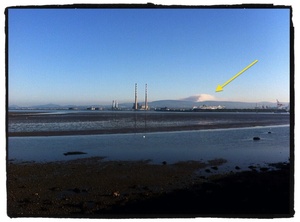 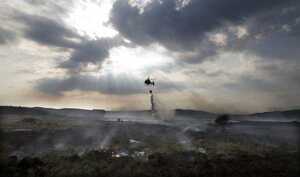 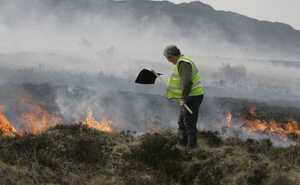 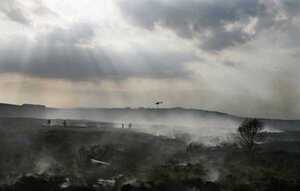