Vaccine administered as of Monday, September 13

#NoMandatoryVaccine
In Ireland GP’s and Pharmacists are being paid €25 for administering each dose of the Covid Vaccine and an extra €10 processing fee paid per patient. 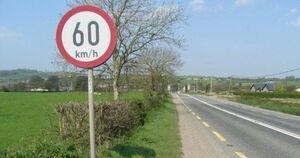 I know ye don’t usually do this but I’m keen to reunite an owner with their missing, and expensive, GPS. I found the Garmin device near Lugnaquilla on Saturday. It had probably fallen out of a bag and was possibly run over by a car as the screen was smashed.
Despite this, it still appears to be working – albeit in need of a new screen.
Anyway, when I looked at the memory stick there were a couple of selfies of this guy (pic attached) on it. I have tried twitter but nobody has gotten back to me…well apart from one lad who thought it was Paul O’Connell!

Happy days. Found the owner of that GPS. Cheers to all who retweeted and a special thanks to @broadsheet_ie 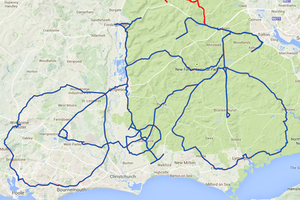 As a nifty promo for the Strava GPS app, cyclist David Taylor from Salisbury followed a very specific 12 hour, 341km route through the New Forest, mapping his progress on the app’s website as he went. This afternoon outside Leinster House, Dublin

“Over 350 GPs from across the country gathered outside the DÃil this afternoon to protest over cutbacks. The National Association of General Practitioners claim that their members’  practices is being ignored by Government and that the emigration of young GPs is impacting the service. This is the first time the GPs have gathered in protest: they say that patient safety and well-being is at stake and that specific groups are being ‘ punished ‘ by continuous cuts in GP care.”

From top: Pat Crowley and Bill Moore; Ger Lane and Julie Kenneally; Ross Kelly and Karen O’Neill; Orna McLaughlin with her son Sebastian and protestors along Molesworth Street. All doctors except Sebastian.

Earlier: Open Up And Say ‘Ahhh’

Further to the launch of Eircode.

Gary Delaney is a GPS and positioning consultant and a director of Loc8 Code, the “modern alternative” to a post code rejected by the government in place of Eircode..

“Of The total cost to the economy of the proposed postcode is estimated at €100million (NOT the €26.5 million popularly quoted);- yet An Post have said they do not need it, the code is to be mainly random and therefore prone to error, the code is limited to “letterboxes”, the code will not solve public safety issues and the needs of the emergency services, the code will be optional and therefore may not enjoy popular use, the code has not been subjected to oversight and there is no guarantee that the global leaders in Navigation devices will support it as they are already supporting other cheaper, more robust and more flexible next generation solutions….