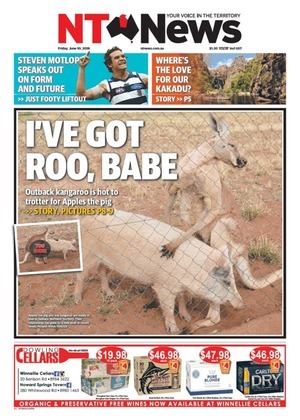 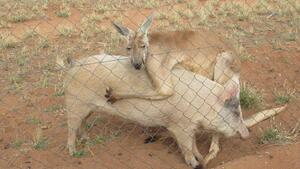 From top: This morning’s Northern Territory News; ‘F**k It and Apples

The animals’ owner Greg Dick said tourists were often taken aback at the sight of the kangaroo — named “F**k It” — mounting Apples the pig by the side of the road.

But he says he’s powerless to intervene in the outback love affair.

“It’s quite an unusual thing,” he said.

“I tried to take the pig away the other day and the kangaroo nearly tore the fence down.” 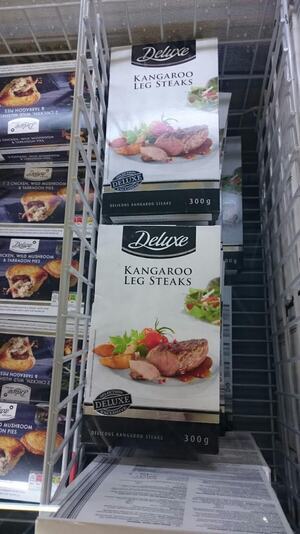 Spotted in the obligatory pun aisle of an unspecified Lidl. 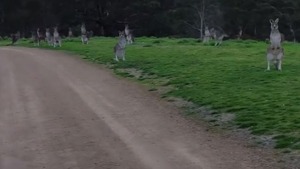 “I mean, should I be going down here?” 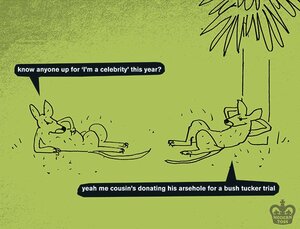 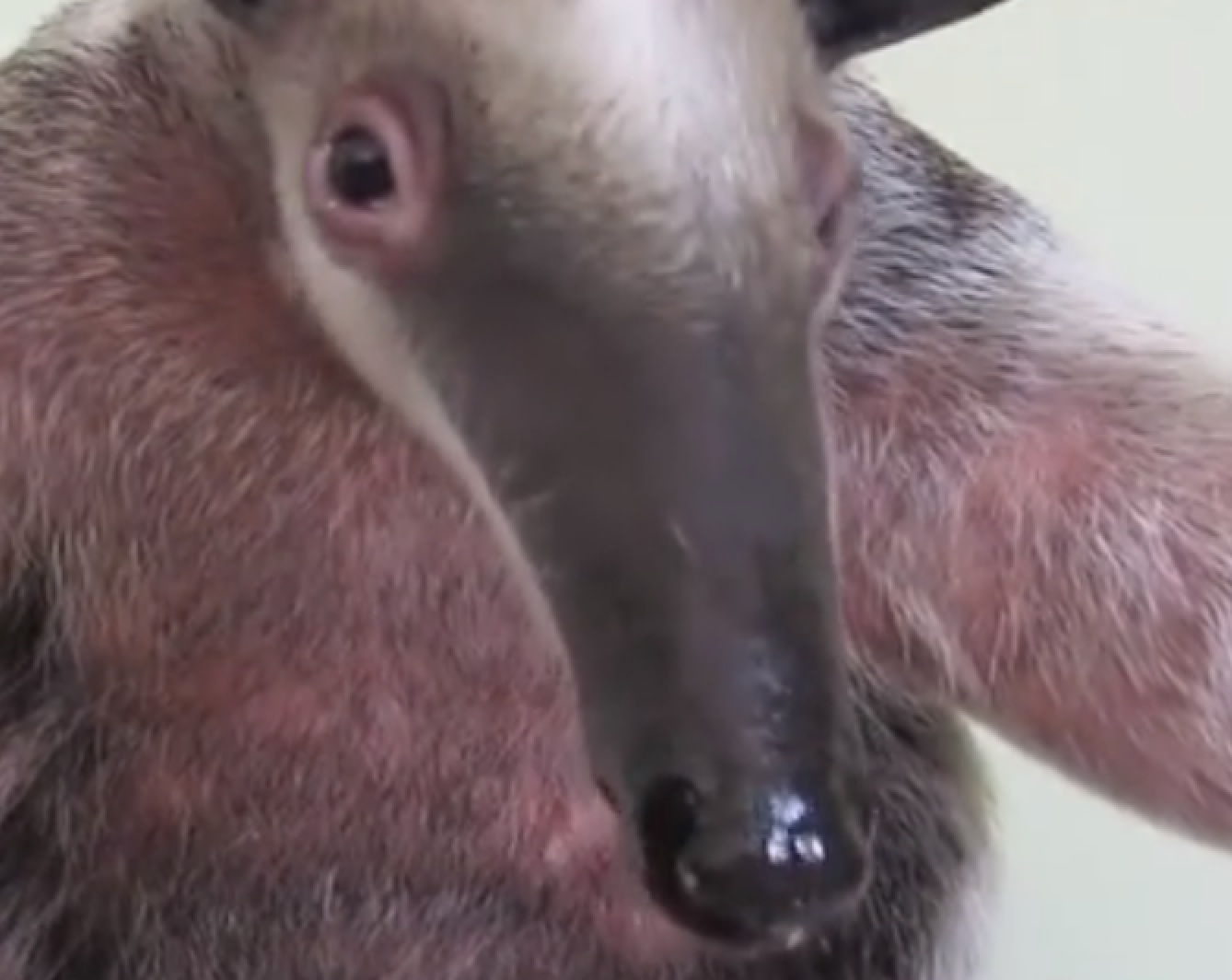 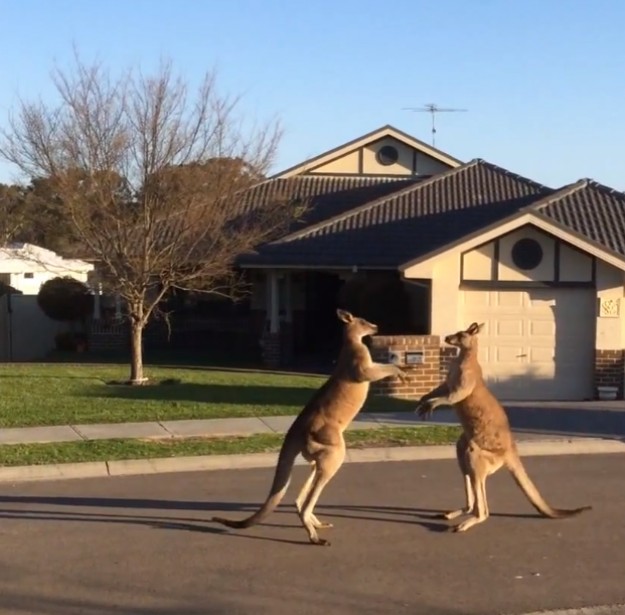 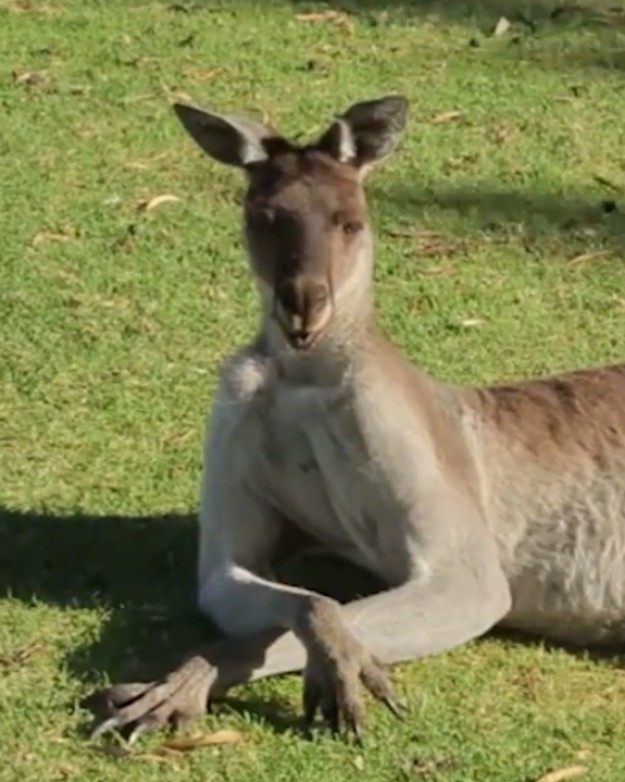 Previously: Things You Didn’t Know About The Octopus 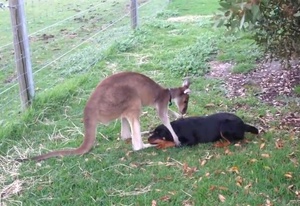 Blue the ‘roo and Trooper the Rottweiler pup in Perth.

Totes bezzies with a hint of sexual tension and potential violence.