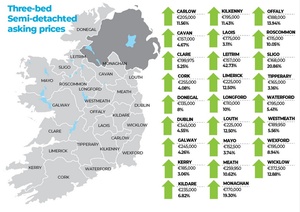 The Q4 2021 report, in association with Davy, found that annual asking price inflation rose by 9.7% nationwide, by 7.4% in Dublin and by 10.6% elsewhere around the country.

Meanwhile, quarterly asking price inflation also rose slightly throughout Ireland – by 1.3% nationally, by 1.7% in Dublin, and by 1.1% elsewhere around the country.

This means the mix-adjusted asking price for new sales nationally is now €311,000, while the price in Dublin is €421,000 and elsewhere around the country it is €263,000. Newly listed properties are seen as the most reliable indicator of future price movements.

The author of the report, Conall MacCoille, Chief Economist at Davy, said that the findings of the report painted a grim picture for prospective homebuyers… 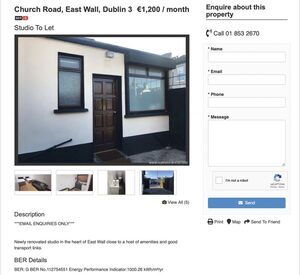 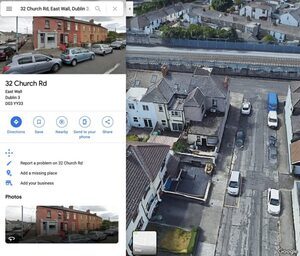 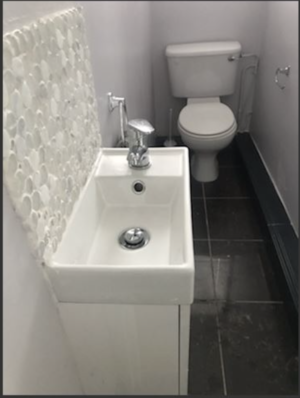 A €1,200pm studio found on the Irish Examiner [website]. A studio to the rear of 32 Church Road [East Wall, Dublin 3]. There is no cooking facilities bar a microwave. This property as photographed would not meet many of the Minimum Standard Requirements. 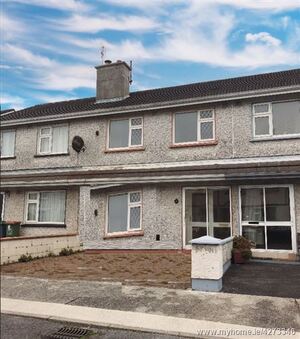 There’s an advertisement for a 3-bed terraced house in Castlebar, Co Mayo, with the picture above.

Could I interest you in a fixer upper with a photoshopped window and garden?

Irish estate agents now including CGI renders of what a house might look like in the future: http://t.co/HrIrMfkpzR pic.twitter.com/GwfbyDhQ5g

Currently a pristine 2 bed home with planning permission to extend into a large 3 bed with double story extension. 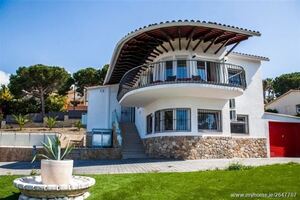 I found this house to rent on myhome.ie which is supposed to be Sandymount D4 but has some confusion with Costa Brava.

* An earlier version of this post was headlined ‘Playa Del Luas’. Apologies all. 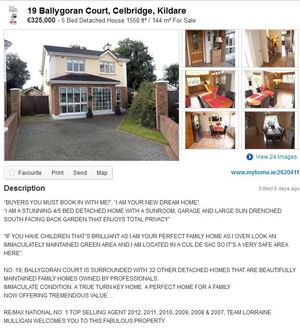 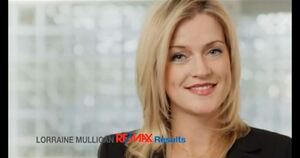 NO. 19, BALLYGORAN COURT IS SURROUNDED WITH 32 OTHER DETACHED HOMES THAT ARE BEAUTIFULLY MAINTAINED FAMILY HOMES OWNED BY PROFESSIONALS. 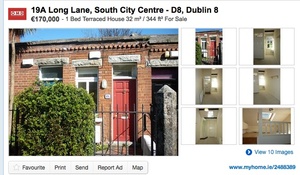 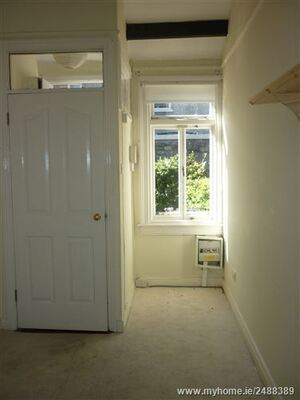 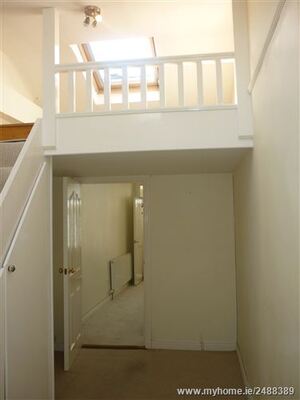 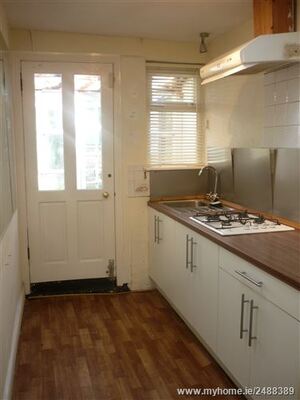 Our classrooms were half that wide 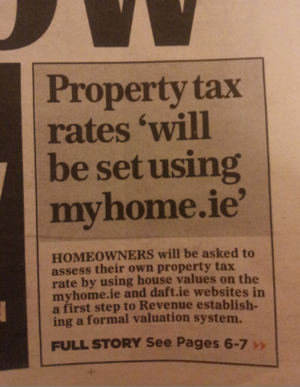 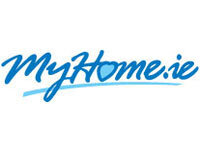 The paper claimed a ‘source at Government buildings’ as saying: ‘It’s self-assessment, you go and value it yourself. House prices have fallen and we all know that so there isn’t much fluctuation in the market. The easiest way to value your house is to go into myhome.ie or whatever. You will know what prices are if you go into myhome.ie and there is a property register there now also.’

There was no mention in the story about the relationship between Government officials and myhome.ie or daft.ie, or if any talks  took place between them, if there was any contract drawn up, if the websites will be paid by the Government for helping them out with this already free service.

But is it right for a property tax to be assessed by privately-owned websites that have a vested interest in the housing market’s recovery?

This interest was laid bare by Ronan Lyons, of daft.ie in yesterday’s Sunday Business Post. He wrote that Ireland is approaching the beginning of the end of the crash.

He stated ‘Indeed, the national average house price is largely unchanged since February‘ before warning that the true barometer of market recovery is not the stabilisation of property prices but rather the number of transactions made.

In relation to property tax, he said: ‘With every other developed country taxing what is any country’s largest source of wealth, the lack of a property tax – which will hit wealthiest families hardest and so should be welcomed by Ireland’s left-wing, one would have thought – is an obvious gap in Ireland’s fiscal toolkit.’ 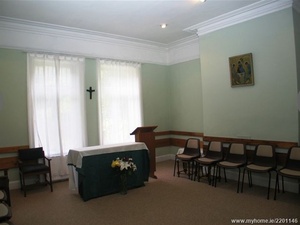 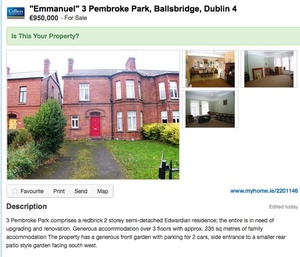 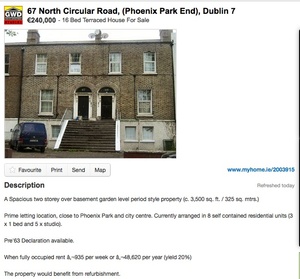 Spotted this ad that just went up today on myhome.ie. there are two very similar 2-storey buildings on North Circular Road for sale – one with eight bedrooms and one with 16 bedrooms. Now I’m sure you can imagine what state of disarray/tenement chic they are in, but love the understated ‘this property would benefit from refurbishment’. You Think??