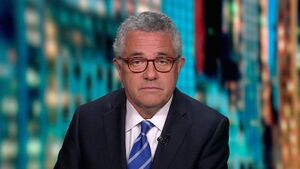 A top US legal analyst has been suspended by New Yorker magazine after he exposed himself on a Zoom call. Jeffrey Toobin, 60, also a prominent CNN commentator, has been in demand as the US election campaign intensifies. The incident, first reported by Vice News, happened during an election simulation involving the New Yorker and WNYC radio last week.

An amazing part of the episode: “All the while, participants continued as if nothing were wrong, one person on the call said.”
But I’ll bet the back-channel chat was going mad.
New Yorker Suspends Jeffrey Toobin After Zoom Incident https://t.co/7IXBGYaTZP 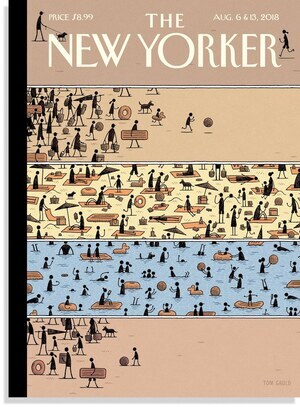 You’d miss the heat all the same. 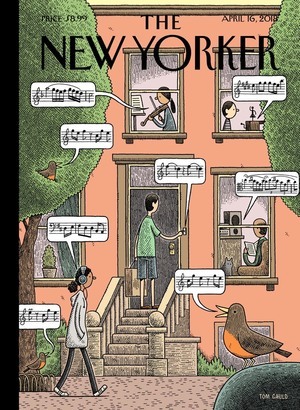 Tom ‘You’re Just Jealous Of My Jetpack’ Gauld designs the Spring-themed cover of the New Yorker.

Play the interactive version (including snippets of Vivaldi’s “Spring”; Stravinsky’s “The Rite of Spring”; Beethoven’s “Spring Sonata”; the folk song “One Morning in Spring”; and birdsong from the American robin, which tends to appear in springtime after local migration) here.

.@Gladwell: “Why are cats so resolutely against pulling their weight in the war against terror?” #TeamDogs #NYerFest 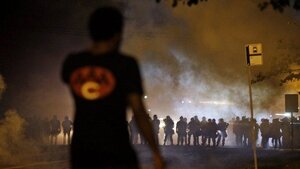 What transpired in the streets appeared to be a kind of municipal version of shock and awe; the first wave of flash grenades and tear gas had played as a prelude to the appearance of an unusually large armored vehicle, carrying a military-style rifle mounted on a tripod. The message of all of this was something beyond the mere maintenance of law and order: it’s difficult to imagine how armored officers with what looked like a mobile military sniper’s nest could quell the anxieties of a community outraged by allegations regarding the excessive use of force. It revealed itself as a raw matter of public intimidation.

What I Saw In Ferguson (Jelani Cobb, New Yorker) 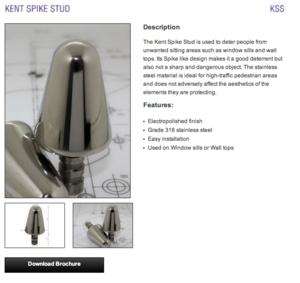 “One afternoon in early July, Corinna Gardner, a curator at the Victoria and Albert Museum, in London, accepted delivery of a small cardboard box. It was a shipment from Kent Stainless, Ireland’s leading manufacturer of stainless-steel drainage. More recently, the company has got into street furniture: benches, bollards, bike stands, trash cans. Inside the package were several specimens of the Kent Spike Stud, a three-inch-high, bullet-shaped protuberance that, according to the firm’s catalogue, “is used to deter people from unwanted sitting areas such as window sills and wall tops.” Colloquially, they are known as “anti-homeless spikes.”

“In the previous weeks, the presence of a set outside the doorway of a luxury apartment building had been the subject of thousands of outraged tweets and a Change.org petition, by means of which 132,560 people successfully demanded their removal. Gardner opened the box with a pair of scissors and dug through plastic peanuts. The spikes, when they emerged, were heavy, like ripe fruit. The next day, after they were mounted on a slab of acrylic and installed in a glass case, they would become the latest objects to enter the V. & A.’s permanent collection: Spike Stud, 2014, Stainless Steel. “As one of my colleagues says, sinister objects demand our attention just as much as beautiful ones,” Gardner said.” 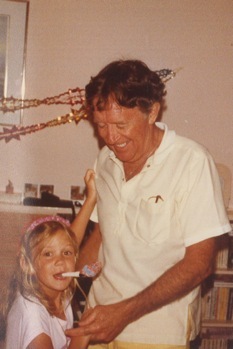 I found the tape, marked “never to be erased,” in New Zealand last year, as I sorted through dusty boxes in Mum’s garage. “I think it’s a message your Dad tried to leave you,” Mum said, as if stumbling across such a thing were an everyday occurrence.

…The first few seconds, the tape only clicked. But then Dad started talking. 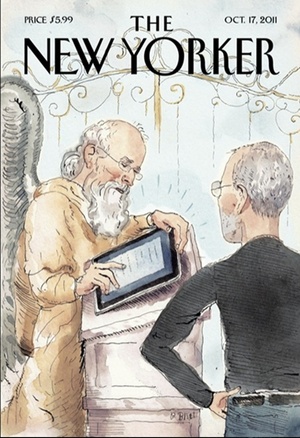 The cover of an upcoming edition of The New Yorker.

Steve was a Buddhist.