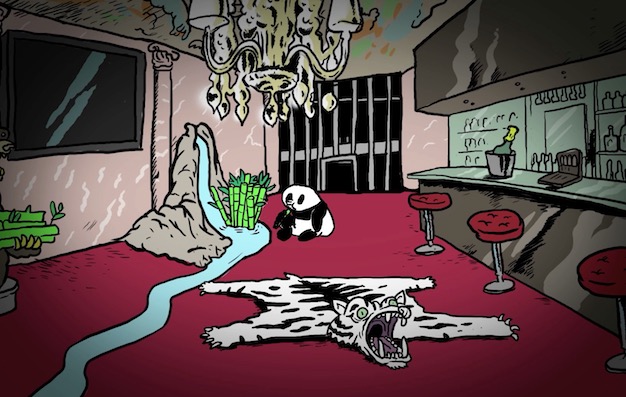 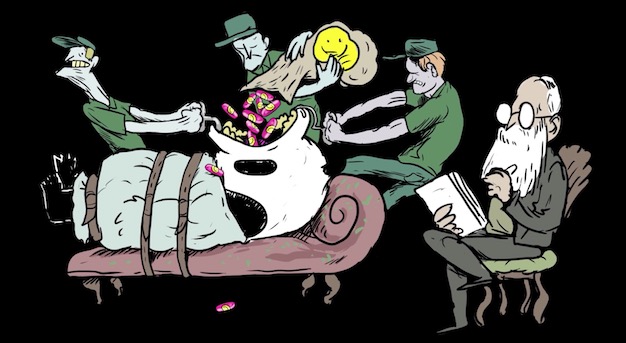 A trippy short by Slovakian animator Matúš Vizár detailing a troubled panda’s transition from a life of lethargy in the wild to the constant attention, plentiful bamboo and unlimited drugs of a life in captivity. 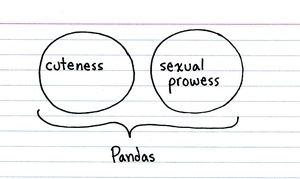 A much needed Panda cub update from Tapei Zoo.

They must never become extinct. 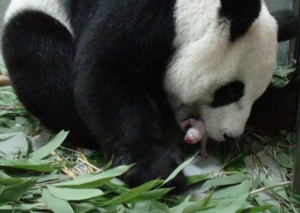 Yuan Yaun and her new baby after fruitless years breeding with boy pandas.

Look at his little head.

We were supposed to get a panda.

Why cant we have a panda?? 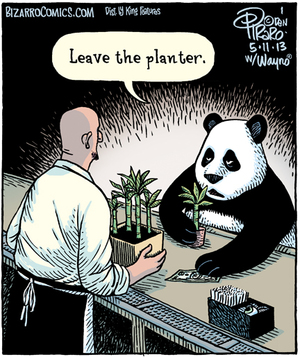 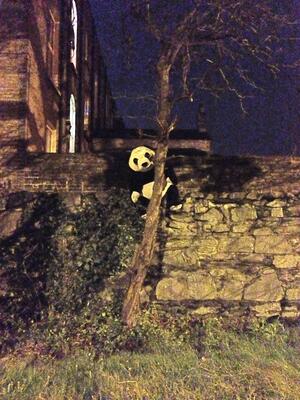 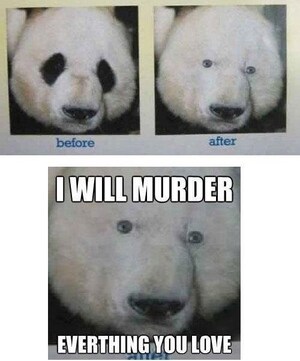 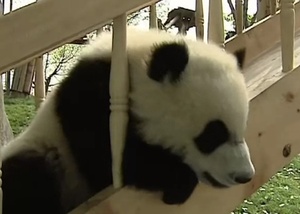 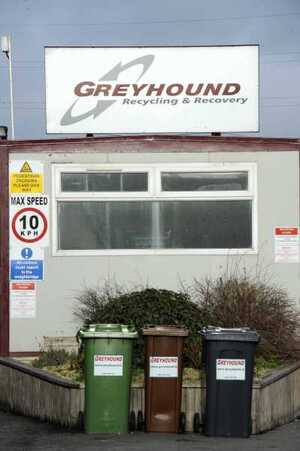 Shane Ross, then a senator, asked Mr Fearn how much Grehound paid back Iarnród Éireann.

Chairman (Frank Fahey): “The matter the Senator has raised is a cause of concern. A company found to have acted in the way Mr. Fearn described was brought back in to tender again. That is most unusual.”

Fearn: “No. I do not think that is correct. If we found something inappropriate and if there were some breach or if we had to report a matter to the Garda, then there would be no question of the company being asked to tender again. We found contractual matters which were wrong. Basically, the money charged did not tally with the actual work done.”

Ross: “That is quite serious.”

Fearn: “It is serious but is it not good that we identified that and did something about it? If we had sat back as a management team, we would have blindly carried on paying and have done nothing about it. That was the opposite of what we did.”

Fearn: “I cannot use the word “bogus” but through good management we identified discrepancies between the amount invoiced and the actual work done.”

Fearn: “No, it was not fraud. We had no evidence to believe that someone was deliberately doing it. Sometimes in business, one will find that if one has a good process for checking invoices against work done, one might well find errors. Sometimes they might be quite serious errors. One cannot immediately, however, jump to the conclusion that someone is doing it in a fraudulent way.”

Thomas Broughan (Labour TD): “On a point of information, the company in question has tenders for household waste collection with Fingal County Council and Dublin City Council and there is grave dissatisfaction with it. Is Mr. Fearn saying collections were not made in some stations and areas or, as Senator Ross fears, there was some sort of fraud taking place?”

Fearn: “No. What I am saying is that there were discrepancies relating to the amount of material picked up at locations, whether pick-ups were done routinely and so on. We believed that in some of the invoicing there were inaccuracies and errors. We believed, therefore, money needed to be refunded to Iarnród Éireann. We did that diligently. We sat down with the management of Greyhound Waste and, in due course, money was refunded to Iarnród Éireann. We did not have evidence of fraud and, therefore, did not go to the Gardai.”

In December 2010, Greyhound registered its company in the Isle of Man, meaning it does not have to publish its accounts. Chief executive Michael Buckley defended the move, saying: “The way it’s been portrayed, that we’re trying to hide behind a veil of secrecy, we don’t accept. Loads of group companies in Ireland do this, we’re a private business and we’re fully entitled to do this.”

In January 2011, Greyhound was forced to pay €9,000 in fines and costs to the Environmental Protection Agency for breaches of its licence to run a waste facility in Clondalkin, Dublin.

In 2011 Dublin City Council decided to sell it’s loss-making waste collection service. In April it hired Ernst & Young and paid the group €250,000 to recommend a firm.

The accounting firm chose Greyhound and the sale was made in December 2011. This was despite 50 out of 52 Dublin city councillors voting against Greyhound. City Manager John Tierney invoked a veto introduced by former environment minister Martin Cullen to overrule the vote. Details of the sale have been kept confidential.

On January 16, 2012, Greyhound took over the bin collection service from Dublin City Council. It’s 140,000 customers had to pay a €100 annual standing charge, a €6 charge per lift for black/grey bins and €2 per lift for each brown bin, with an increase in lift fees expected in July. The takeover sparked massive criticism over the firm’s demand that the standing charge be paid upfront in full. There was also criticism over missed collections. Greyhound also announced it would provide a free service to waiver customers until December 31, 2012. But in 2013, waiver customers will have to pay. In return for collecting the 32,000 waiver customers’ rubbish, Dublin City Council will pay Greyhound €4.2million this year.

Yesterday, in The Sunday Business Post, it was revealed that just four months after acquiring the service Greyhound has sold its interest in Dublin’s commercial waste collection business to it’s rival Panda – and with it a customer list containing details of all 4,820 businesses the city council used to deal with. Greyhound retain the residential list. For now.