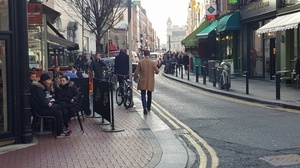 This makes sense… Dublin City Council is to trial the pedestrianisation of South William Street and Drury Street later this year, according to today’s @thetimesIE. Details to be announced “soon”. pic.twitter.com/04hxlZDxKy

Previously: Is It Time For A Car Free South William Street? 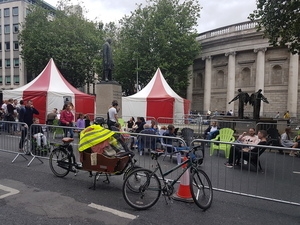 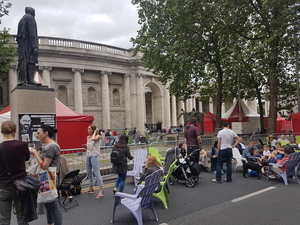 Vehicles were banned from Dame Street for three Sundays, July 21, 28 and August 4, as a pilot project.

…A freedom of information request by The Times has revealed that the council paid €17,000 to Actavo, the engineering services group owned by the businessman Denis O’Brien, to rent the barriers.

…Neasa Hourigan, a Green Party councillor and member of the group Streets are for People, said she could not understand why the council needed to spend almost €6,000 a day on barriers to pedestrianise a street. 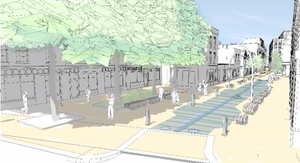 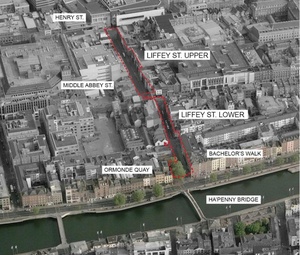 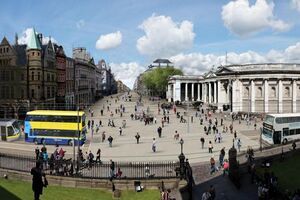 We received notification today that the College Green plaza plan has been refused by An Bord Pleanála. We noted that An Bord Pleanála clearly noted the same concerns that were expressed by DublinTown in its submissions. Statement here https://t.co/HvHPJpZzX4 #CollegeGreenplaza pic.twitter.com/f5oK3irvg6

Previously: No Plaza-ing Some People