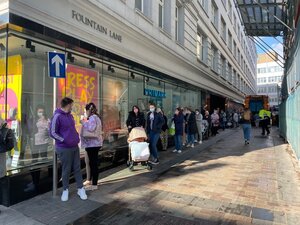 Hundreds of people are queuing outside Primark in Belfast this morning as retail reopens in Northern Ireland and the queue keeps getting bigger… @rtenews @morningireland pic.twitter.com/BH0xOghbDN 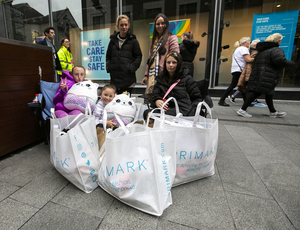 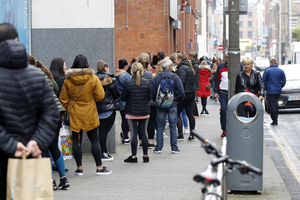 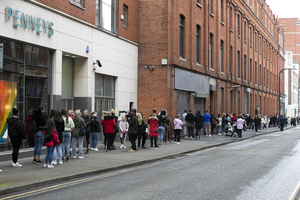 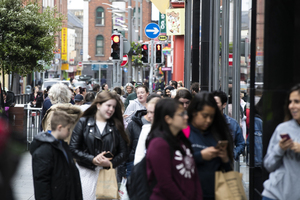 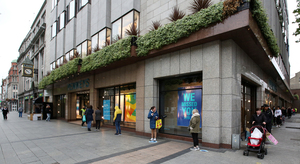 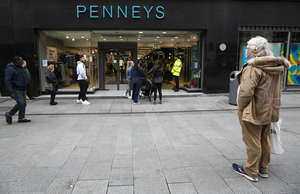 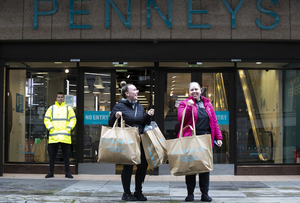 The queues outside Penneys is unbelievable, going right around the corner onto Parnell street from Mary Street….

Queue for #Penneys #Cork at 9.15am pic.twitter.com/fKX2XsPTG0

Some queue in #Limerick as Penneys re-opens…. pic.twitter.com/M3HeKiDt5a 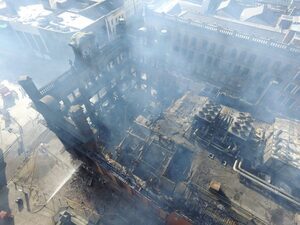 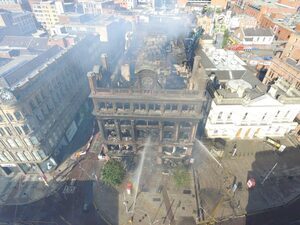 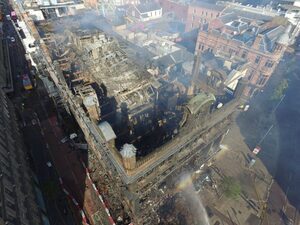 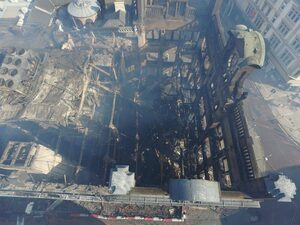 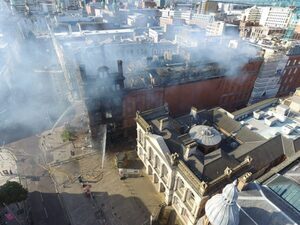 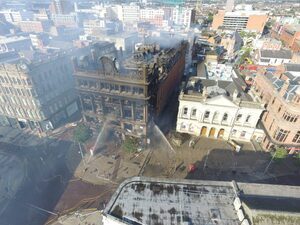 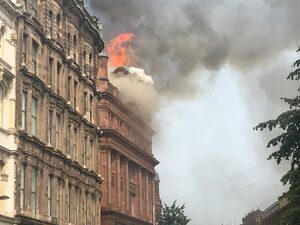 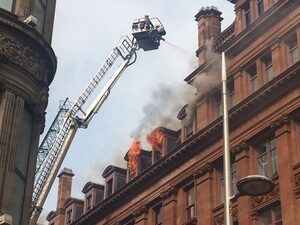 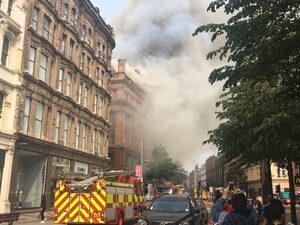 Fire at Primark still continuing on the roof of the building @BBCNewsNI pic.twitter.com/NAVSbztb4y

Emergency services respond to a fire on the top floor of Primark in Belfast City Centre. 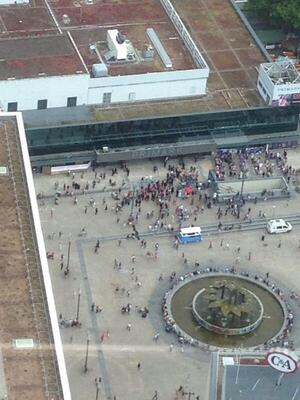 Aeriel view of of the Primark store, in Alexanderplatz, Mitte, Berlin this morning officially opened by Enda Kenny. 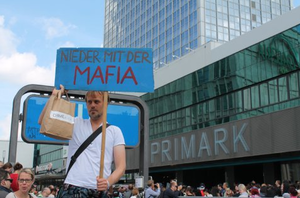 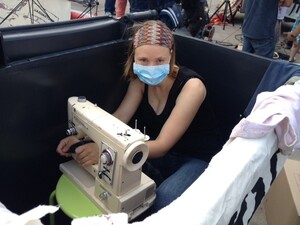 A protest about working conditions for people making Penneys garments outside the store this morning.

Thanks Dave and Candice 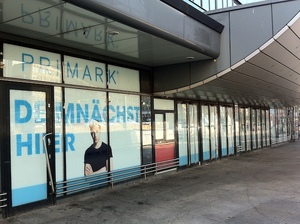 The new Primark store in Alexanderplatz, Mitte, Berlin ahead of today’s official opening by Enda Kenny. 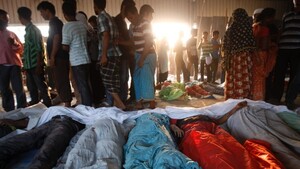 The cracks that suddenly appeared on Tuesday afternoon in the Rana Plaza building were large enough to send workers fleeing into the street.
They made the television news that night, but the building’s owner, Mohammed Sohel Rana, told reporters the sudden appearance of cracks was “nothing serious”.
He did not say that police had ordered him to shut the factory. Nor did he mention that the top four floors of the building, in Savar, north of Dhaka, were constructed illegally without permits.
So on Wednesday morning, as workers gathered outside, unsure whether they could go in, factory officials appeared carrying megaphones, telling them the factory was open, and that their pay would be docked if they did not return to work.
Mr Rana was there again too. He reportedly told his workers of his factory: “It will stand for another 100 years”.
They went inside and began work, sitting at rows of sewing machines making jeans and shirts and jackets for the US and Europe.
Just after 9am, the eight-storey building collapsed without warning, all of it, save for the first floor, crashing in on itself. 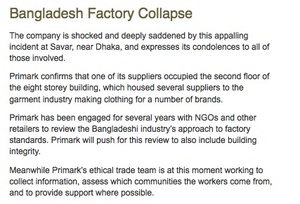 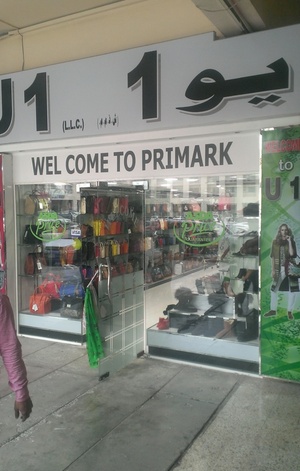 That’s him there, just leaving with a three-pack of fashion briefs.