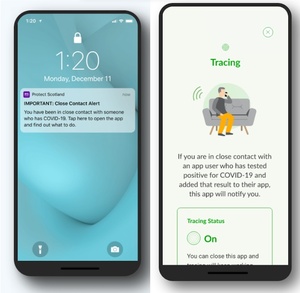 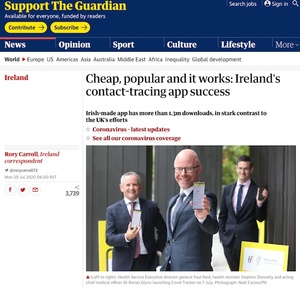 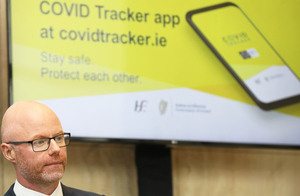 It depends on whether you let it or not. However, the Covid app cannot function without it. It's Google's call, not the HSE's

Ireland’s Covid Tracker smartphone application is sharing information which could lead to location tracking with Google at least every 20 minutes, the Irish Examiner can reveal.

A new research paper released by the school of computer science and statistics at Trinity College Dublin details the information that is shared – which includes IP address, the handset’s IMEI (its unique identifier which can be used to block its usage), serial number, phone number, and email address – and describes the revelation as being “extremely troubling from a privacy viewpoint”.

The HSE had insisted that the app is completely anonymous and does not track location data.

However, the HSE only controls the public health side of the app, with the exposure notification segment being administered by both Google and Apple via their Google/Apple Exposure Notification (GAEN) service.

“The HSE has been celebrated in Ireland and beyond for their transparent approach to developing the Covid Tracker app,” said Elizabeth Farries, director of information rights with The Irish Council for Civil Liberties (ICCL.)

“However, Google Play Services represent a significant component of the app. Most people, even app developers, are unaware of this level of invasiveness,” she added.

It has also emerged that the HSE’s side of the app is collating information via the metrics it receives from users which could be used to link all requests sent from the same phone together, akin to a ‘cookie’ footprint left by a computer as it surfs the internet. 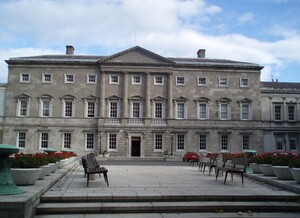 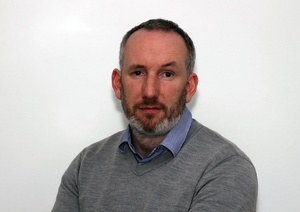 The details of lump sum payments and pensions made to TDs and senators leaving office will no longer be made public, an internal review by the Oireachtas has decided.

The move comes after the Information Commissioner ruled in April that the public release of the pensions paid to former taoisigh, presidents and ministers would involve a “significant breach” of their privacy.

The Oireachtas review has now extended this interpretation to outgoing TDs and senators, concluding that their right to privacy now trumps the public interest when it comes to publishing the details of their termination and pension pay, even though the money involved comes from public funds.

The decision means “hundreds of thousands of euros in termination pay will now go unscrutinised” Ken Foxe, a journalist and Freedom of Information (FOI) campaigner said.

Previously7: Who Took This Decision? 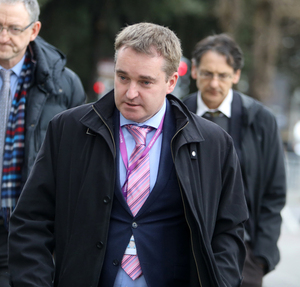 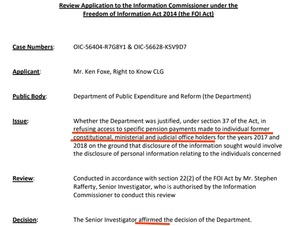 Last month, as he has done for years, Journalist Ken Foxe asked through Freedom of Information how much is being paid in lump sums, pensions, or termination pay to former TDs Senators, judges, etc.

Leinster House said under new GDPR rules that the public interest in knowing how/where public money is spent does not outweigh the privacy rights of former public representatives.

Internal emails released by the department show [Public Expenditure and Reform, Secretary General Robert Watt] expressing surprise at the decision and asking why nobody had asked him about it.

Mr Watt had been sent a media report about the case, and wrote: “Who took this decision? I was never consulted …”

In response, an official said:

“We sent note and detail to you on this at the time.” Mr Watt answered back saying: “I don’t understand why we should not release the information.”

An official responded: “The decision not to release the information was made on the basis that it is personal information but the aggregate data was released i.e. the total amounts paid in pensions to ministers.” 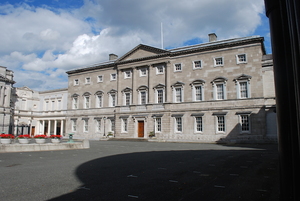 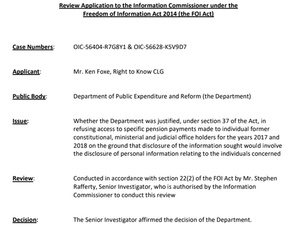 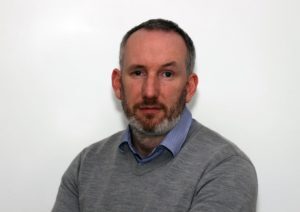 From top: Leinster House has extended a privacy decision by the Information Commissioner relating to pensions paid to former Taoisigh, Presidents, and Ministers to now include TDs and Senators: Ken Foxe

Do you want to know exactly how much was paid in lump sums, pensions, or termination pay to your former TD or Senator?

Well, some bad news – you can no longer find out using Ireland’s hopelessly broken Freedom of Information laws:

Leinster House has decided that a decision made by the Information Commissioner relating to pensions paid to former Taoisigh, Presidents, and Ministers should now apply to TDs and Senators:

This fundamentally reverses over a decade of transparency and is the latest salvo in the slow evisceration of our Freedom of Information Act by the State. Projects – like this one I did in 2015 – will no longer be feasible.

In their decision, Leinster House have said that the public interest in knowing how/where public money is spent does not outweigh the privacy rights of former public representatives – even though this has never caused an issue for over ten years.

The Oireachtas have said they will now only provide figures in aggregate. So we can know €838,710 was paid out in pensions in March but not to whom. We are allowed know €1.56 million in lump sums were paid out this year but not who received them.

Leinster House helpfully sent me a copy of the decision in the ultimately futile case I had already taken about the pensions of officeholders. If you want to depress yourself, you can read it in full here 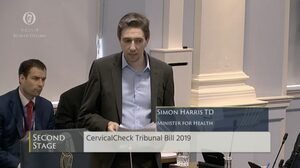 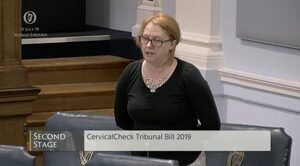 Minister for Health Simon Harris; Senator Mary Alice Higgins in the Seanad this morning; Section 20 of the CervicalCheck Tribunal Bill 2019

This morning, in the Seanad…

Minister for Health Simon Harris presented the CervicalCheck Tribunal Bill 2019 after it passed all stages in the Dail last night.

This is the legislation that will underpin the setting up of a tribunal for women affected by the CervicalCheck scandal.

In her contribution, Independent Senator Mary Alice Higgins said that while the tribunal should be set up as soon as possible – she has some “key concerns and questions”.

“We often talk about the concern for privacy in Ireland but we can sometimes be excessive and we can ask: which privacy are we seeking?

“Is it State embarrassment we are seeking to avoid or is it privacy?

“So, Section 20 says that the tribunal shall conduct its hearings ‘otherwise than in public’ which, I presume, means “in private”. And then it says except for ‘Where a claimant requests the tribunal to hold a hearing or part of a hearing in public and the tribunal agrees that it would be appropriate to do so…’

“Because currently the legislation, I see, does allow for the tribunal to deny a request from a complainant to have their story told in public.”

Ms Higgins said she may potentially table an amendment to the bill so as to ensure women will be able to have their case heard in public if they so wish – and irrespective of the view of the tribunal. 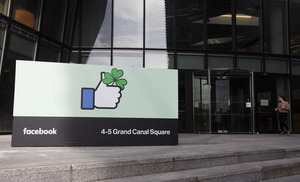 They’re in so much trouble. 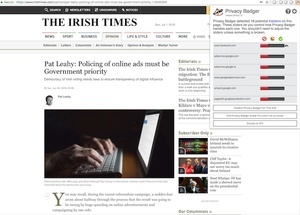 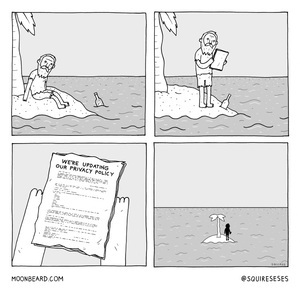 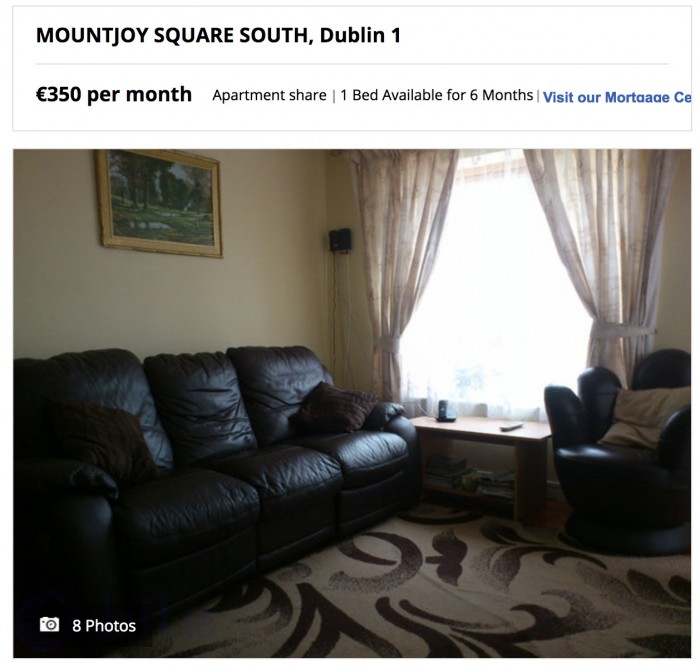 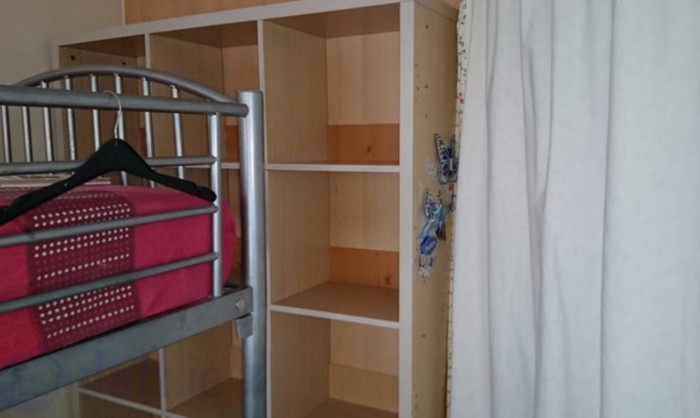