We published a skate video yesterday on [TG4’s] BLOC, following on from our coverage of the skate against suicide last week. The video is a real love letter to Dublin, and counter culture, and is beautifully shot and edited… What I know about skateboarding and in particular it’s culture could be written on the back of a stamp. I tend to think of them as the street version of surfer dudes, just less tanned, less toned and more likely to get up later in the dayYesterday I learned a little more.

I was on my way to Howth for lunch and passing Fairview park when I spotted a group of airborne hairy lads. Torn between the choice of filling my belly and a photo opportunity, I opted for the latter. A couple of hours later I was a lot hungrier but a little wiser.

In between bouts of high energy flips and turns  introduced myself and asked a few if they’d mind me taking some shots. They were more than helpful. Here’s a few of my notes:

Pic 3 and 10:  Brian (26) had recently returned to Ireland having done an internship as a writer at the cCannabis Career Institute. “Some things grow better in a different environment” he said.

Pic 1 and 7: Niall ( 27), is a musician with ‘Slappingboysbottoms‘ and has an ambition to develop the clothing brand ‘Kurbjunki’.

Pic 4 and 5: Dion (26) is a music producer and one of the original crew at Fairview park.

Evan or ‘Minty‘ (19) as he prefers to be known, arrived straight from the night shift at Dublin Airport. A very bubbly and talkative character. He’d make a great politician.

Not pictured:  Mark (27) Studied art at NCAD. “Parks are great but we learned on the street, the kerbs.” 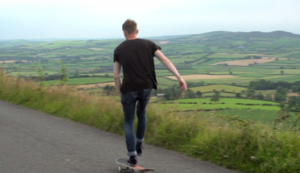 “Welcome to the first of two Brian Lotti edits from our international gang of marauders, as we linked up with the Belfast crew for a few days of rampaging around old haunts. From there, our adventure took us up through County Antrim to Portrush, right on the north coast, for a solid day of street skating in glorious sunshine.”

“Morning would come too early and we would find ourselves putting in the hard yards to cross Lough Foyle and into the majesty and mystery of County Donegal where we once again had hospitality to take your breath away from skaters and old ladies alike.”

“Running the gauntlet of storms we crammed in some schoolyard sessions and stopped the traffic once or twice before easing out across the lakelands of Fermanagh and across the entire country to Dublin. That, however, is a story for next week; right now enjoy some lesser-spotted skateboarding from the backstreets and backyards of Ulster.” You may recall a previous post of The Epic and The Beasts – a lingering tribute to skateboarding, directed and edited by Sebastian Linda.

Well he’s back, with The Revenge Of The Beasts.

Music: Conquest of Spaces by Woodkid An Irish skateboard documentary? You better believe it. Directed by JJ Rolfe.

The initial driving force behind the scene was a proprietor of a unique skate shop in North Dublin inner city – ‘Clive’s of Hill Street’. From here, Clive Rowen single-handedly progressed the skate scene through the building of primitive ramps at the shop before graduating to a temporary skate park in the Top Hat Ballroom in Dún Laoghaire, Co Dublin….an exploration of a sport trying to legitimise itself against the backdrop of 80s Ireland.

A trailer for an Irish skateboard documentary. Funded by the Irish Film Board it screens as part of the Galway Film Fleadh this week 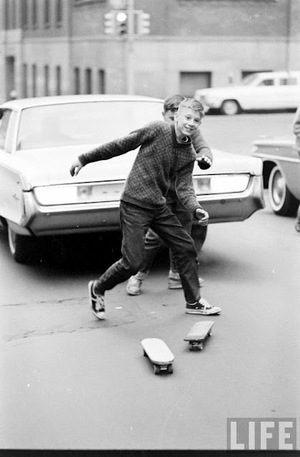 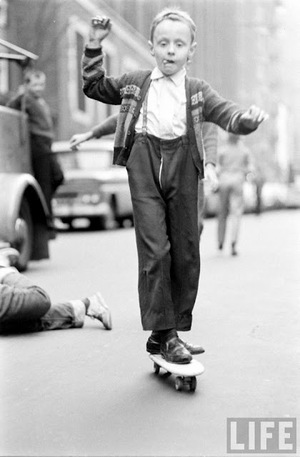 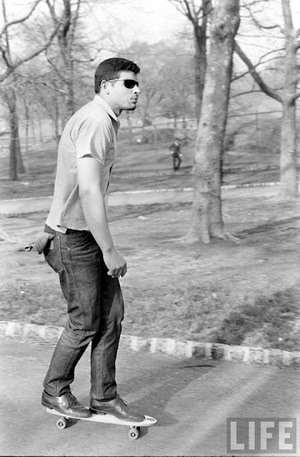 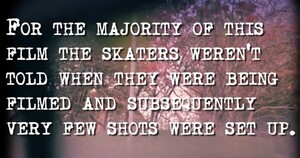 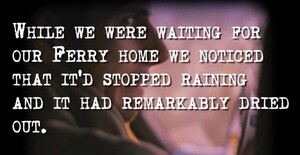 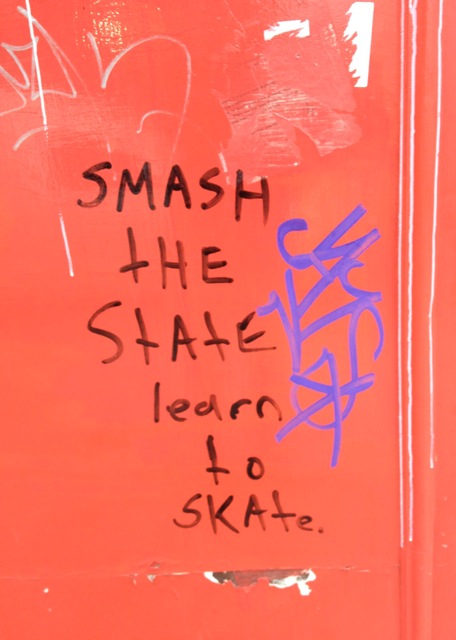 (Thanks to The Third Man)