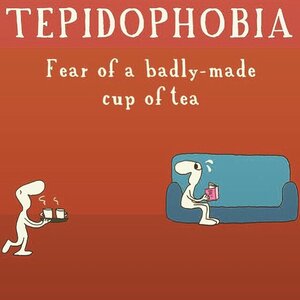 How do you make yours?

Jesus, stick the kettle on so. 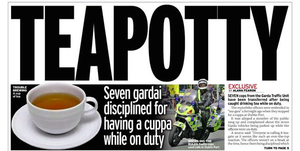 Seven cops from the Garda Traffic Unit have been transferred after being caught drinking tea on the job. The motorbike officers got caught up in “tea-gate” a fortnight ago when they stopped off for a cuppa at Dublin Port down by the Docks. It was alleged a member of the public rang up and complained about the seven motorbikes being parked up while the officers were on duty. But it’s understood there are trackers on the bikes and that’s ultimately how the officers were caught.

Teapotty: Seven gardai disciplined for having a cuppa while on duty (Alana Fearon, Irish Mirror)

Just got this text from my mother. She’s at a comedy night, and the joke needed explaining. Apparently. pic.twitter.com/RsyXnrZ45i 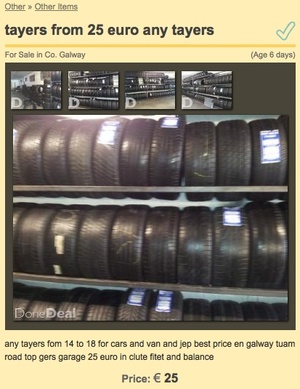