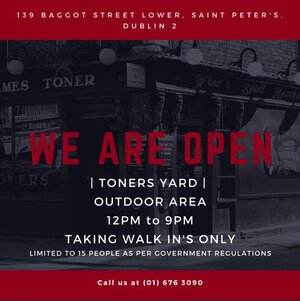 Following the new government restrictions for Dublin, we are offering our bright and spacious Toners Yard to customers to come and enjoy some food and drinks🍕🍺We are taking walk in’s only.

What other pubs with decent beer gardens are there in Dublin [that are currently open]? 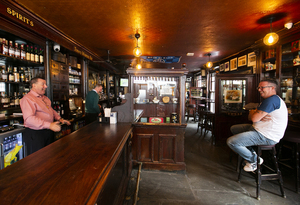 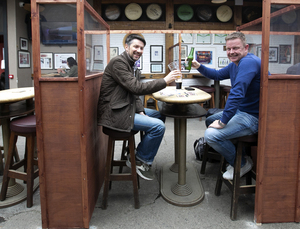 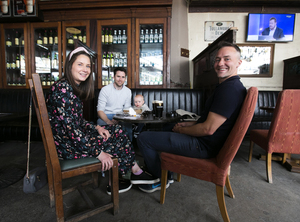 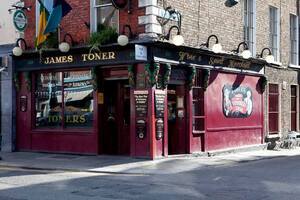 The Alternative Sunday Social Club (which goes down every Sunday, as you might have gathered, between 4-8pm) has set up shop at Toner’s on Baggot Street, with the intention of putting the street back on Dublin’s musical map.

Long before Whelan’s in Wexford St. turned that part of town into a music hub, all the gigs used to happen in three pubs on Baggot St. back in the 1970s, ’80s and ’90s.

The Baggot Inn itself is of course the one that most people associate with music, but there were also bands playing in Toner’s and The Pembroke.

Now, however, two of those are a dim and distant memory, but Toner’s remains pretty much unchanged and we’re putting bands on there again on a regular basis for the first time in several decades….

Playing this Sunday are blues power-trio The Business.

The Business are one of Ireland’s finest and longest performing blues bands. For almost 35 years the band has maintained a hard working schedule bringing the best in blues and rock to the country. Featuring Pat Farrell (guitar & vocals), Jim Tate (bass) and Grant Nicholas (drums). 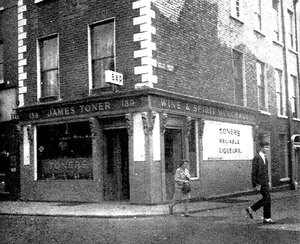 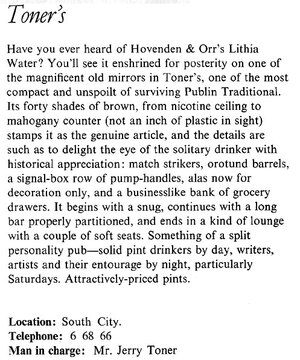 “From nicotine ceiling to mahogany counter.”

An elegantly un-steamy review of Toner’s on Baggot Street, Dublin 2. From a 1969 booklet entitled ‘Publin’. 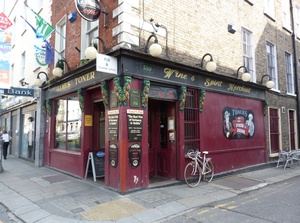 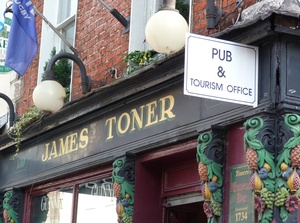