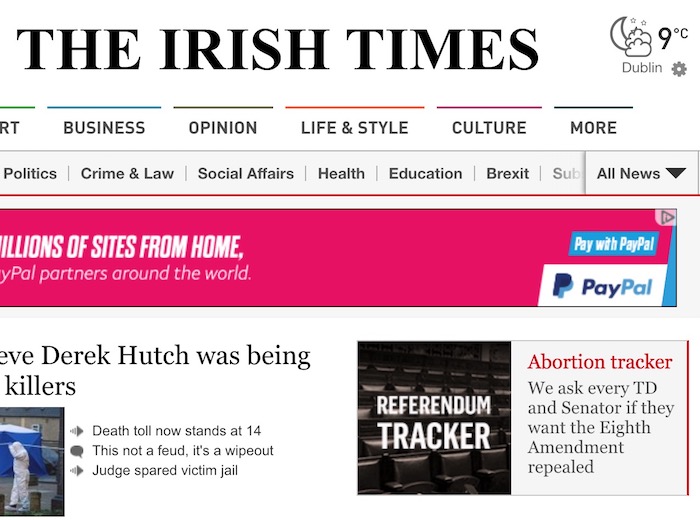 Is it not unusual that the IT would have an “abortion tracker”? I know it’s tracking the referendum, just sounds a bit insensitive to me. 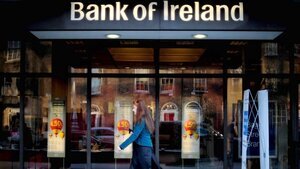 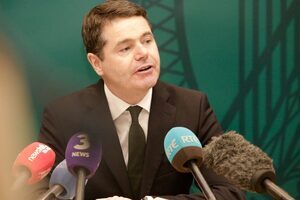 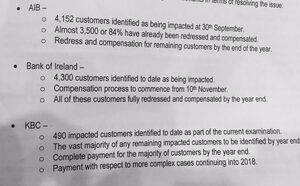 Minister for Finance Paschal Donohoe (top) delivers the response by the five banks involved in the Tracker mortgage scandal (above).

Guess we’d better take their word for it. 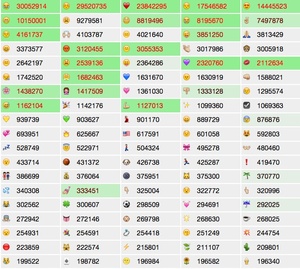 Emoji Tracker by ‘social technologist’ Matthew Rotherberg is an epilepsy-bothering light-up grid of all the emoji being used on Twitter right now in real time.

It’s up there with all the major global news feeds. You’ll want to bookmark it. 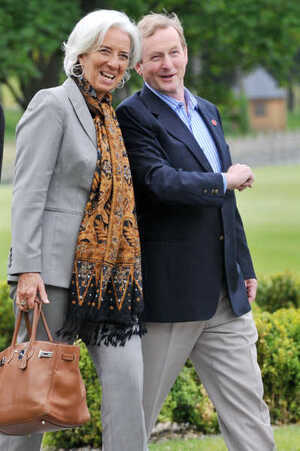 (Christine Lagarde and Enda Kenny at the G8 meeting in Fermanagh)

Do you have a tracker?

The IMF would like to remove your tax relief.

The idea is that savings from taking mortgage tax relief [about €1,200 per couple] off those on trackers would be used to subsidise the banks for the losses being made on these products, although how this would work is not fully explained in the IMF report.

It would only affect around 500,000 mortgage holders. 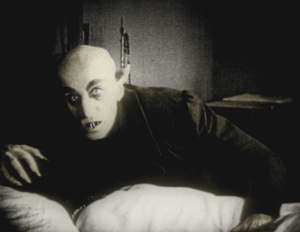 MORTGAGE lender Permanent TSB has been forced to put 53 customers back on trackers and compensate them.

It comes a week after AIB admitted it had to restore trackers to 214 customers, after failing to offer them trackers when they came off a fixed rate.

In May, Bank of Ireland had to restore more than 2,000 people to trackers after it admitted it failed to observe Central Bank rules about the need to warn customers of the cost implications of giving up a tracker.