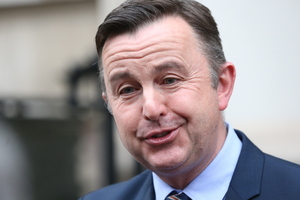 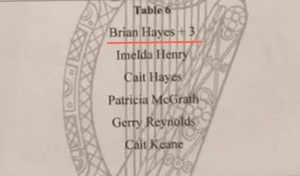 From top: Brian Hayes, CEO of the Banking and Payments Federation Ireland; place setting at the Oireachtas Golf Society dinner

While @PhilHoganEU is taking the limelight @brianhayesBPFI I think is a bigger story. Surely someone can confirm who the +3 at his table were. Any truth that it was 3 directors from Vulture fund Promontoria? #golfgate @rtenews#rtept @TodaywithClaire @RTE_PrimeTime @rtetwip

Promontoria is New York-based equity fund Cerberus’s Irish operation. Among its many holdings in Ireland, it purchased over 5,000 Ulster Bank mortgages with a face value of €1.6billion, and was central to the Project Eagle shenanigans.

Mr Hayes  says that his guests, listed on the event’s seating plan, were school friends and not directors of a vulture fund, a rumour which has spread on social media.

“They have no involvement in banking/financial services. I’ve seen the social media claims about vulture funds etc and it’s all made up. They are personal friends of mine for over 30 years.

“On lobbying – I was invited as a former member and attended in a private capacity while on holiday. I did not lobby anyone about anything.”

Mr Hayes has said that he would not be standing down from his role, saying that he is “a private citizen“. 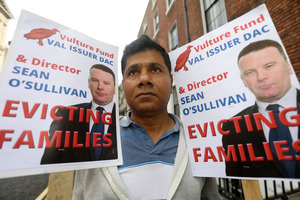 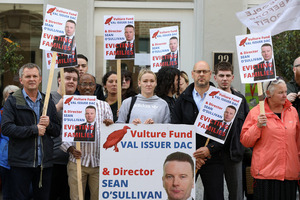 Protestors including Richard Boyd Barrett TD (above left) and Hasan Sm Zafar (top) with protesters outside Val Issuer Dac offices holding placards with a picture of Sean O Sullivan, a director of the vulture fund.

Around 50 families are facing eviction from their homes in Richmond Street and Clanbrassil Street in the Rathmines area of Dublin after the properties were bought by Val Issuer Dac last November.

Residents say 42 tenants, including 19 children, were served notices to terminate their tenancies in an apartment block off Clanbrassil St Lower, which had been bought by Bain Capital-connected Val Issuer DAC not long back. https://t.co/wAMvbZHams

Off Clanbrassil Street, an Apartment Block of Tenants Told They Have to Leave (Lois Kapila, The Dublin Inquirer) 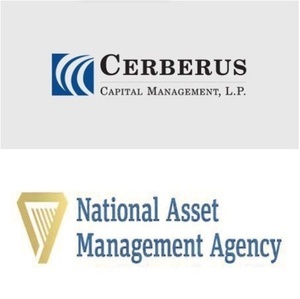 The Department of Housing confirmed to The Sunday Business Post that a number of homes which were sold by Nama to Cerberus in recent years are part of a portfolio of properties under offer by the Housing Agency.

The homes are contained in a portfolio of almost 200 homes currently under negotiation between the Housing Agency and Cerberus, code-named Project CB by the state authority.

The Department of Housing confirmed that 26 of the homes in the portfolio were previously controlled by Nama.

“The vast majority of properties being progressed in the current transaction are not related to state institutions or state-financed institutions. A small number of properties have loan charges that were acquired from Nama by Cerberus,” a spokesman for the agency said. 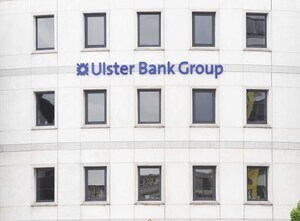 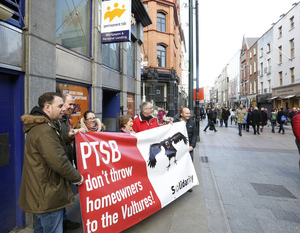 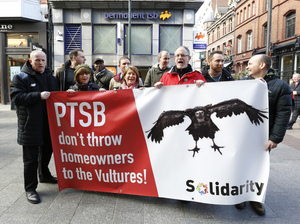