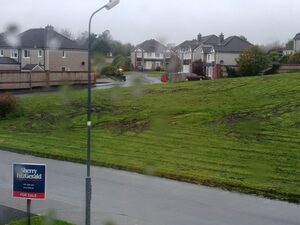 Spotted at an undisclosed location in Galway.

I’m struggling to understand why anyone in Galway City Council thought it’d be a good idea to cut grass today. Making an absolute f**k of it.

Video footage can be watched here. 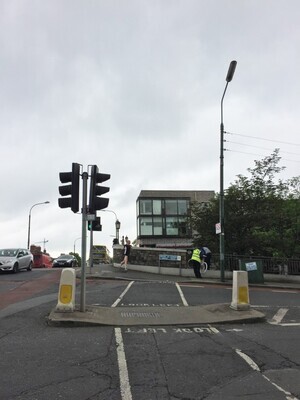 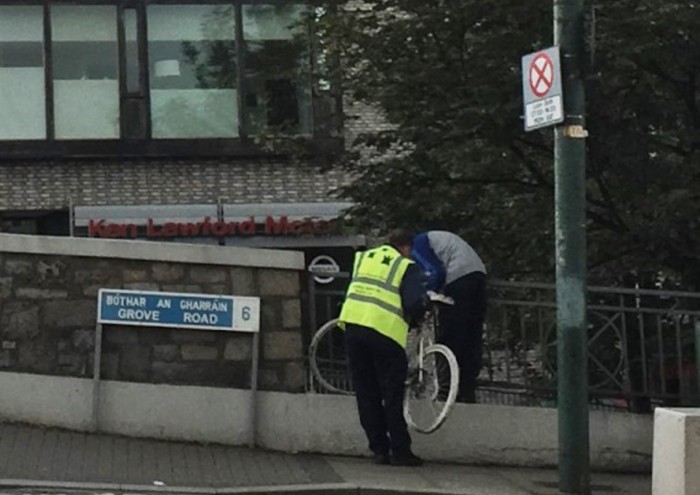 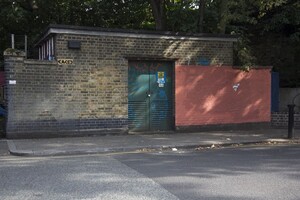 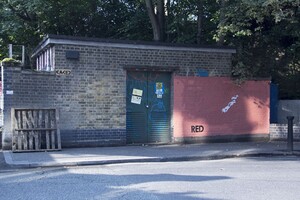 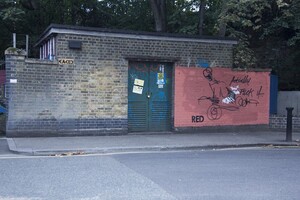 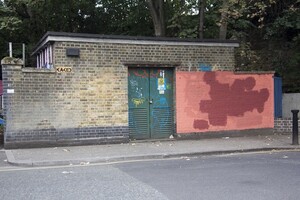 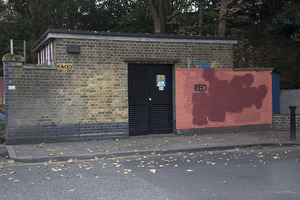 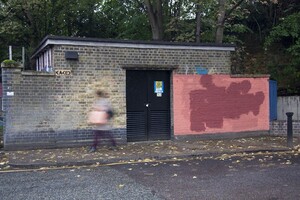 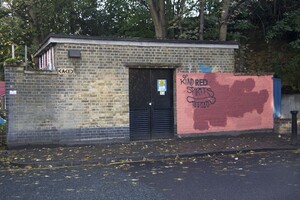 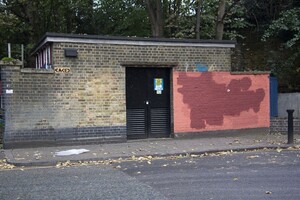 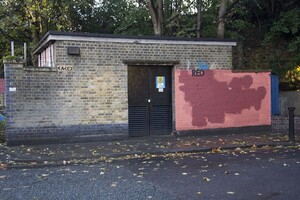 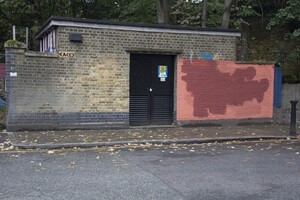 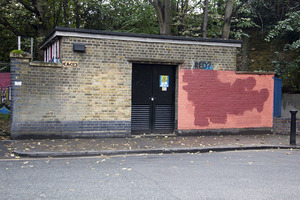 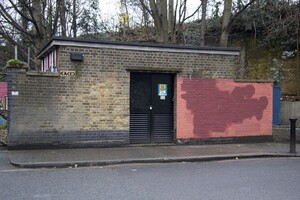 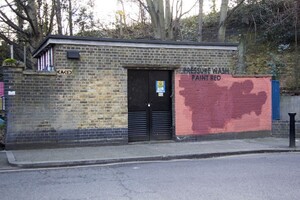 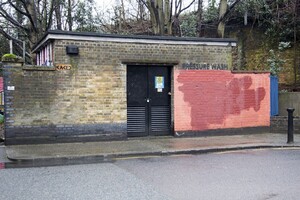 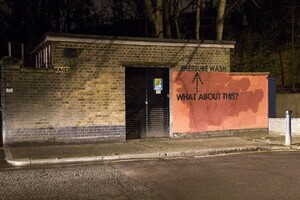 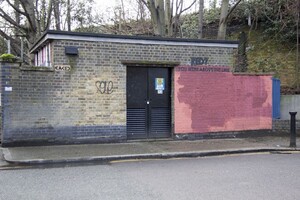 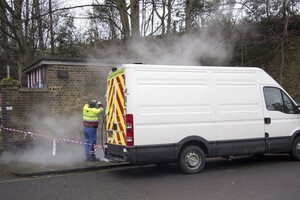 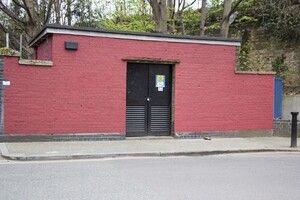 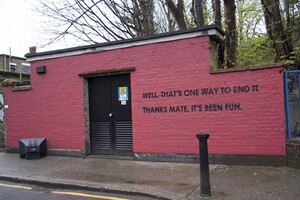 Extracts from the chronicle of a year long experiment carried out on the wall of an electricity substation in east London by UK street artist Mobstr, who sez of it:

I cycled past this wall on the way to work for years. I noticed that the graffiti within the red area was ‘buffed’ with red paint. However, graffiti outside of the red area would be removed via pressure washing.. this prompted the start of an experiment. Unlike other works, I was very uncertain as to what results it would yield. 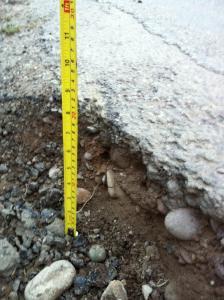 Will Cork County Council compensate for damage caused by potholes?

Roisin Burke writing in the Cork Independent details one motorists claim for reimbursement for damage caused to his car by a pothole.

In reply to his claim, the council informed him they would not be reimbursing him because the pothole had been caused by “natural wear and tear”.

The general rule is the Cork County Council do not compensate for ‘natural’ potholes; only in situations where the council has repaired the pothole and it has reappeared

For example, the pothole that damaged Kevin’s car has since been filled in so if it falls into disrepair again. the next person will be compensated.

Hope the councillors realise that there’s no votes in not fixing the roads.

Out of pocket: Council Refuses To Pay Up For ‘Wrong Kind’ Of Pothole (Roisin Burke, Cork Independent) 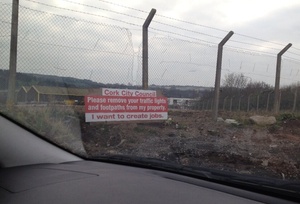 On the road between the Black Ash Park & Ride & Kinsale Road.

Hey, has anyone seen Mike Hunt? He signed up to comment at yesterday’s Los Angeles City Council meeting, but when a council member summoned him to speak, nobody responded. Maybe he was out getting sandwiches with his BFs Mike Hawk and Mike Rotch?