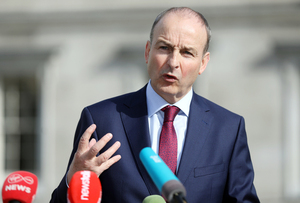 It followed Mr Martin and Fine Gael leader Leo Varadkar yesterday publishing a framework document to facilitate negotiations for the formation of a coalition Government with other parties or TDs.

On #todaysor Fianna Fáil leader Micheál Martin ruled out a postal vote for party membership to secure agreement on the coalition with Fine Gael.

“That’s very challenging. We don’t think that’s feasible at this stage but we are looking and trying to devise other ways.”

Micheál Martin indicating no postal ballot of Fianna Fáil members to approve the programme for government deal with Fine Gael. On the plinth at Leinster House…

Yesterday: It Took A Pandemic [Updated]

He notes that if any other party had produced a “wish-list of vague promises” as FF/FG have they would be “laughed out of it by other political parties and the media, and rightly so.” pic.twitter.com/RvOEXyxNtQ Four out of five (82%) Irish adults agree that the Government is doing a good job in handing Covid-19 with “strong agreement” with this far higher among older people, according to Behaviours and Attitude-commissioned survey for RTÉ.

This is the first crisis for many younger people. The B&A research shows greatest anxiety among under 25s.
– 36% are “very anxious” about being unhappy.
– A quarter feel “very isolated” and in need of social support.
– A fifth have NOT avoided social contacts. #COVID19ireland “If we were to look at new ministers joining the Cabinet, who will leave? I would argue to change our Ministers for Health and Tánaiste and Minister for Foreign Affairs would be unhelpful to say the least. Even if they remain under the D’Hondt system, replacing the Minister for Finance with his experience of leading through financial recovery is a poor move.

“Moving further through the Cabinet, is it appropriate to change the Ministers for Business and Social Protection who are at the rapidly evolving frontline? And if the crisis deepens in relation to social order, will inexperienced ministers for justice and defence add value?

“Yes, there are constitutional questions relating to this, but if Covid-19 had hit six weeks earlier they would not arise. Extraordinary times need exceptional measures.”

The newspaper describes Ms O’Connor as “a business adviser with Genesis Management Consulting and a former government special adviser to Charlie Flanagan”.

According to her LinkedIn page, Ms O’Connor was a special advisor at the Department of Foreign Affairs and Trade for two years, from 2014 to 2016; was a policy and communications advisor at Fine Gael for a year, from 2011 to 2012; involved in the operations and logistics of former Taoiseach Enda Kenny’s “winning General Election tour” in February 2011; and CEO of Young Fine Gael and a Fine Gael National Youth Officer for eight years, from 2003 to 2011.

Ms O’Connor was also the campaign manager of RTÉ journalist George Lee when he won a seat in the Dublin South by-election in June 2009.

Coronavirus crisis is no time for rookie ministers (Susie O’Connor, The Irish Times) 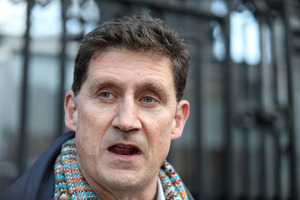 “The Green Party Parliamentary Party met this afternoon and agreed that, in light of the unfolding Coronavirus crisis, the party are calling on all parties to suspend discussions on forming a majority government and work towards forming a crisis national government to be reviewed in three months.”

The Greens say closing pubs and restaurants at 6pm for two weeks and nightclubs, cinemas and theatres should be considered. https://t.co/y8RgzniZpP

Earlier: “Coronavirus Is Not A Mandate For Long-Term Government” [Updated]

You may have seen this one coming. 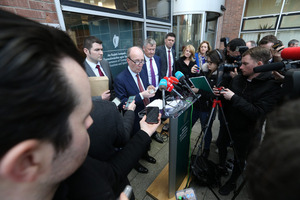 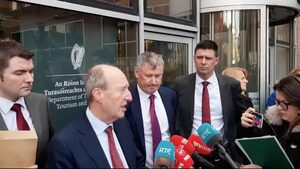 Government has just confirmed it’ll help bail out the FAI.

One of the key points of the announcement: “this is definitely NOT a bailout”

Literally the next sentence: “here’s how much extra money the government will give the FAI” pic.twitter.com/c5jxFbdA3a

The Department of Transport, Tourism and Sport are reportedly set to reveal details of a “refinancing arrangement” for the FAI involving the Government, UEFA and the Bank of Ireland.

The football body, which has recently been the subject of a number of audits and investigations into its financial affairs, warned that it could not continue to pay the wages of over 200 staff if an immediate bailout of €18m was not forthcoming.

FAI set to get €10m bailout from Uefa (John Fallon, The Times)