Now, I’m all for conspiracy theories/the truth but do I need reminding of the Illuminati when I’m trying to rent a ladder? 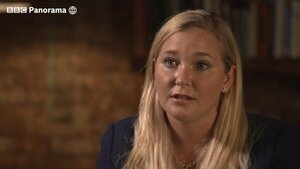 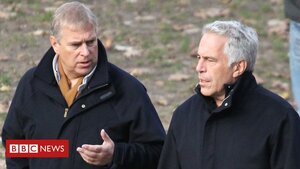 Although it aired afterwards, Giuffre was interviewed for Panorama before Prince Andrew’s Newsnight episode was recorded. Perhaps that’s for the best; now she must be taken seriously.

The lasting impression of Giuffre was her immense bravery in facing such towering institutions alone. The sheer strength she possesses is incredible. Forget Prince Andrew; when the dust settles on this, she’s the one who deserves to be remembered.

The Prince And The Epstein Scandal on BBC One at 9pm. 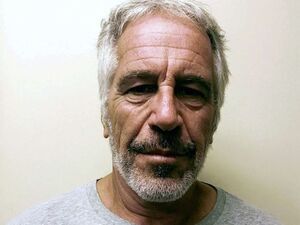 Jonathan L. Arden, president of the National Association of Medical Examiners, has questioned the broken hyoid bone and circumstances around Epstein’s death.

Mr Arden told The Washington Post: “If, hypothetically, the hyoid bone is broken, that would generally raise questions about strangulation, but it is not definitive and does not exclude suicidal hanging.”

He added the broken bone could lead to pathologists conducted a more extensive investigation.

Numerous studies were also cited by the paper that found hyoid bone breaks were detected in a minority of suicidal hangings. One such study conducted from 2010 to 2013 that looked at suicidal hangings in India found that hyoid damage was present in just 16 of 264 cases, or 6 percent…

CBS News has learned that the morning of Jeffrey Epstein’s death there was shouting and shrieking from his jail cell. Guards attempted to revive him while saying “breathe, Epstein, breathe.”

Congress is the latest to start investigating Epstein’s apparent suicide over the weekend, with new reports raising questions about the federal jail where he was being held. One of Epstein’s guards at the Metropolitan Correctional Center on the night he died was reportedly not a regular corrections officer.

Yesterday: Take Me To Church 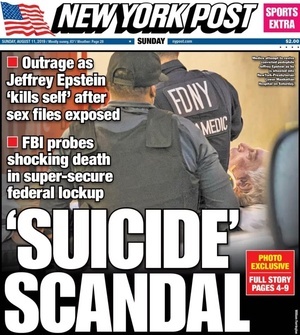 Jeffrey Epstein kept “meticulously detailed” diaries of his friendships which could come back to haunt his powerful pals, reports claim.

The billionaire paedo, who died from an apparent suicide on Saturday, was once friends with Prince Andrew, Bill Clinton and Donald Trump.

He is understood to have kept a secret diary detailing his friendships with the rich and famous as an “insurance policy”.

Meanwhile, as this tumultuous news cycle began for Andrew, he was tucked safely away at Balmoral, Queen Elizabeth’s residence in the Scottish Highlands, according to reports from The Sun, The Daily Mail and the Express. He and Ferguson presumably got word of Epstein’s suicide while at Balmoral, The Daily Mail said.

The Queen chose to sit beside the Duke of York in a car, accompanied by his daughter Princess Beatrice, on the way to church at Balmoral, Scotland, on Sunday morning. All three could be seen smiling inside the vehicle.

Jeffrey Epstein: Who is embroiled in sex scandal – and why are there conspiracy theories over his death? (Telegraph)

The greatest country in the world has the youngest rate of children trafficked. One Child can bring a pimp between 200 K to 250 K a year on average.

Does anyone still wonder where Jeffrey Epstein got his money? pic.twitter.com/wm7chIOfol Mr Acosta was the US Attorney in Miami in 2008 when he oversaw a non-prosecution deal against Epstein which allowed him to serve 13 months in jail – with much of that spent on work release at his Palm Beach office.

“This was him not me,” Mr Trump said, adding that Mr Acosta was “a tremendous talent” who “went to Harvard” University. Earlier this week, Mr Trump told reporters that he felt badly for his labour secretary, but added that he did not know him personally before hiring him

It’s unclear exactly why Mueller’s testimony was delayed, but lawmakers said one reason was an ongoing negotiation about how long lawmakers would have to question the former special counsel https://t.co/3muOarNe5Z The charging document says Epstein, from 2002 to at least 2005, enticed girls as young as 14 to come to his estates in Manhattan and Palm Beach for what were supposed to be massages. Instead, he induced them to engage in sex acts, according to the indictment.

Epstein would pay the girls hundreds of dollars in cash after the encounters, then, in what resembled a sexual pyramid scheme, he would allegedly pay them more to recruit other young girls to perform similar acts

The fresh move against Epstein follows on the failure of Alexander Acosta, now Trump’s labor secretary but then a Miami federal prosecutor, to bring Epstein to court on a 53-page indictment by cutting a widely criticized plea deal that was seen as far too lenient….

BREAKING: Bill Clinton releases a statement on Jeffrey Epstein, claims that he only went on Epstein's plane 4 times

A Fox News report from 2016 revealed that Clinton allegedly went on Epstein's plane at least 26 times and ditched his Secret Service detail for 5+ flights pic.twitter.com/i0Xapnwqy7