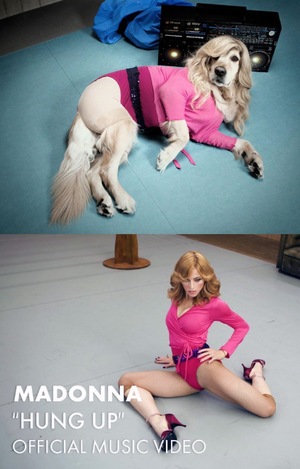 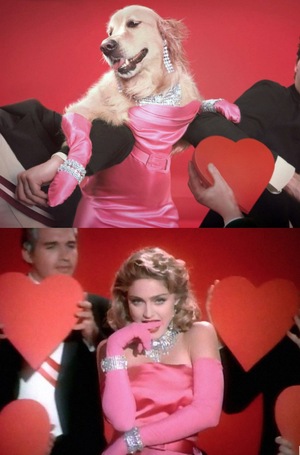 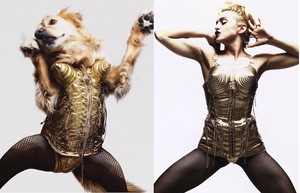 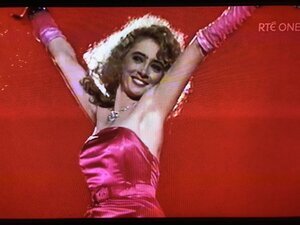 Anyone else see the irony in Theresa Lowe (above) covering Madonna’s “Material Girl” on RTÉ’s ‘Christmas Then and Now’?

Previously: Sure Where In The World Would You Get It?

Some Banks hate me
Some Banks hug me
That's all right with me
If they can't write off my €3.7m debt then I just
Have to let them be🎶

Banks may come and banks may go
And that's all right you see👀
Experience has made me rich
And now they're not after me….🎶 pic.twitter.com/SXXEoT4hmI 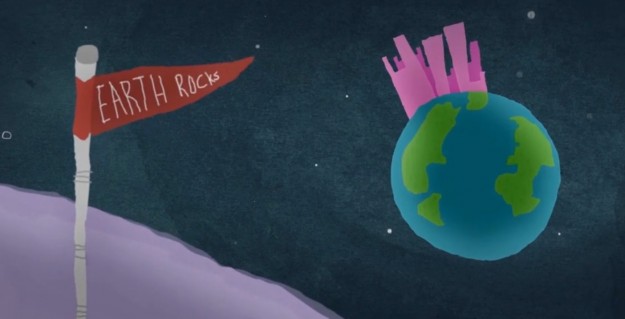 Love, hate, extraterrestrials, the opening lines of Like A Prayer by Madonna and a tale told in reverse – an imaginative Galway Film Fleadh 2013 winning short by IADT student Rory Kerr. 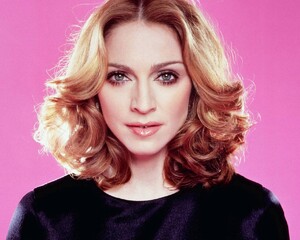 Yoghurt for breakfast. Wrote some e mails. Message from Madonna about my speech. Walked the dog. WAIT WHAT? 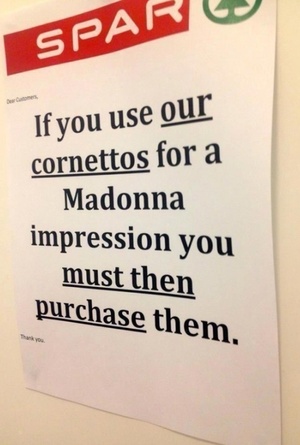 “I know there a lot of Catholics here, right?” 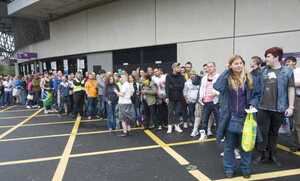 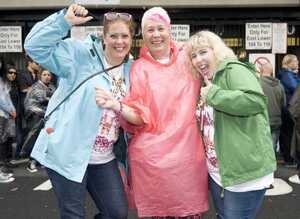 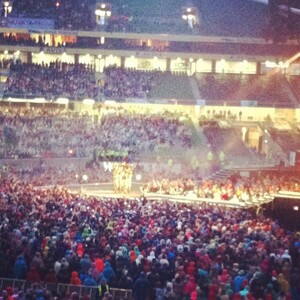 MADONNA IS apparently afraid of thunder and lightning and was said to be anxiously watching Dublin’s cloud heavy skies in the run-up to last night’s concert.

As it happened, the heavens failed to light up and all the electricity came from the material girl and her blood-splattered S&M troupes who danced up a storm for close to two hours in front of a half-empty Aviva Stadium which was more like a giant hen party than a concert.

Madonna is getting rained on. Wouldn’t be the first time Aviva refused a pensioner some cover. #mdma #madonna 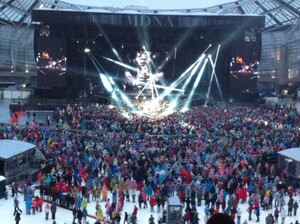 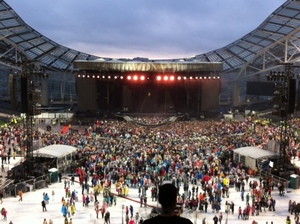 A soggy sea of ponchos. 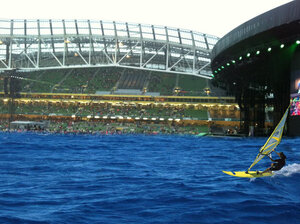 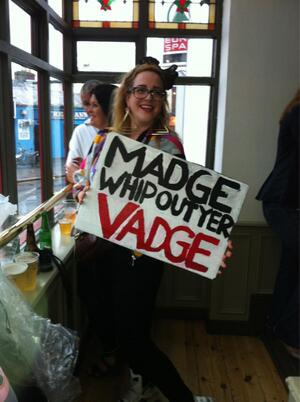 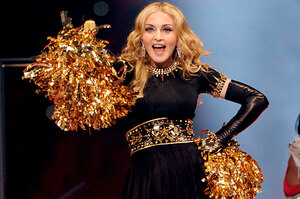 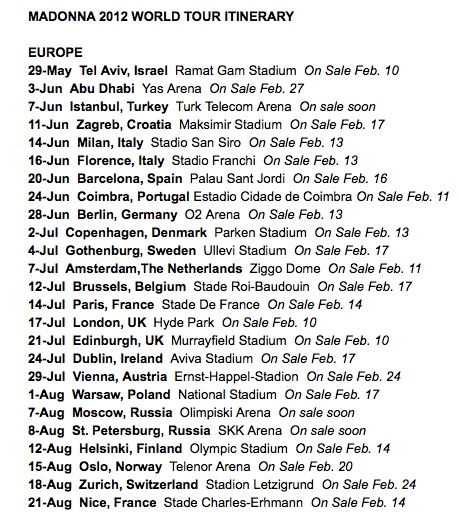