Four years after an investigation into county council graft…

SIPO announces it has found against Monaghan county councillor Hugh McElvaney in respect of all four of the alleged contraventions of the Ethics in Public Office Act. Case arose out of RTE Prime Time wind farm sting. 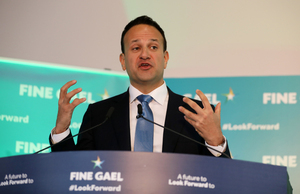 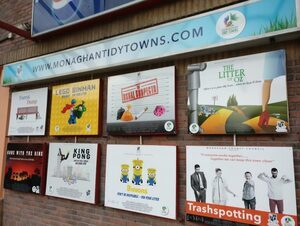 From top: Shot heifer at John Hoey’s fam in Co Monaghan Chris Lehane, a court-appointed trustee who takes control of the assets of bankrupts; interview with Mr Hoey on Cork’s 96fm Opinion Line

Further to revelations yesterday that five heifers were shot by members of the armed forces on Tuesday as part of a debt recovery exercise.

The owner of the stock – farmer John Hoey from south Monaghan – told the Irish Farmers Journal that the army was called to shoot the animals after the debt collection service had struggled to load the five animals on to a truck.

The owners also allege that all other machinery from the farm had been removed. It is understood that the local Department of Agriculture vet had been made aware of the military exercise.

The Irish Farmers Journal understands that a long-standing protocol between the Department, An Garda Síochána and the army allows for intervention when there is a threat to public safety.

A fallen animal service was called to collect the dead animals but subsequently got stuck in the field they were in.

The Official Assignee in Bankruptcy, Chris Lehane, said in a statement that he had made the decision to have the cattle killed after failing to remove all the “wild and dangerous” animals from the farm with “experienced cattle assistants”.

“As Official Assignee I have a duty to recover value from assets of bankruptcy estates and it is clearly not in my interests to kill cattle, nor would I do it, without firstly having exhausted every other possible avenue open to me to resolve the problem.”

The Official Assignee in Bankruptcy is part of the Insolvency Service of Ireland, the independent statutory body tasked with monitoring situations in which people are unable to pay their debts.

Meanwhile, Seaán O’Rourke spoke to both John Hoey and his partner Aisling McCardle this morning.

From the discussion with Aisling…

Seán O’Rourke: “What would you say to the point made by Chris Lehane, the Official Assignee, that he has a duty to recover the value of assets in bankruptcy estates and it’s clearly not in his interest to kill the cattle, nor would he do it without firstly exhausted every possible other avenue open to him to resolve the problem?”

Aisling McCardle: “He is very incorrect in what he’s saying because he didn’t exhaust every avenue. He never, in all his time, that we spoke to the Official Assignee he never said, ‘we’re coming to shoot the cattle because we can’t capture them, will you go out and take the cattle in’. Like, as Johnny has explained, if he goes out with a bucket of meal, he’d have those animals in, in ten minutes. So he didn’t exhaust every avenue, he wasn’t taking health and safety affairs into consideration for us because we were out in the middle of this the other morning. I mean, some of us could have got shot very easily and where would the health and safety have been then? He did not exhaust every avenue.”

McCardle: “Yeah, but they still didn’t shoot the animals appropriately. Like some, as I was walking back up the road after that animal had been shot down there, there was the three animals that had shot up there in the corner, they were heading back… The armed men was coming back over, through the meadow, to get into a van, to be taken away. They actually stood over the three animals that were on the ground, lying there ready and shot them two or three times more.”

All this for a tenner.

Hi Folks, Glaslough in Co.Monaghan, home to Castle Leslie Estate is hosting its first Music Festival next Saturday the 29th August. Its called The Park After Dark and will see a host of bands and artists from electronic folk to blues. To top it all off it will all take place under a full moon. 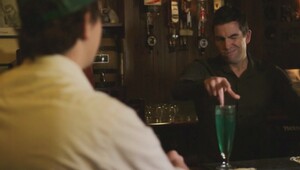 Like bringing coals to a place that has never heard of coal.

My local pub in Monaghan Mc Kenna’s Bar [Dublin Street, Monaghan] made this {NSFW] video  to advertise their new cocktail bar. It’s not your average promotion video [and features some McKenna regulars]  so I figured you guys might enjoy it…

Owen Bannigan, 51, has been a member of Monaghan County Council since 1999. It is understood Mr Bannigan died suddenly this afternoon in Ballybay of a suspected heart attack.

We borrow FIAT money and pay back debts with bullion – nice.

Viability of gold mine in Monaghan confirmed by exploration firm (Ailish O’Hora, Independent.ie)