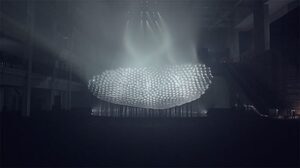 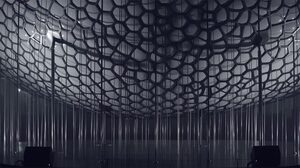 …8 architectural video projectors… split into 630 sub-projectors using an apparatus of concave mirrors designed by artificial nature. Each mirror and its backing structure are computationally generated to create a group that collaborates to form the single image in the air. By measuring the path of each of the 16,000,000 pixel beams individually, light beams can be calibrated to merge in the haze to draw in the air. 40 channels of audio are then used to build a field of sound which solidifies the projected phenomena in the audience’s senses. Quick snap of the 70mm Ultra Panavision film print of The Hateful Eight running through the projector at the IFI in Dublin. Friday and Saturday shows are sold out! 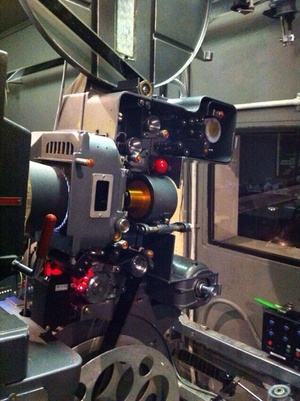 This beast (Cinemeccanica Victoria 8 dual gauge 35/70mm 6 track mag surround sound) will be screening Quest for Fire (1981) on 70mm film tomorrow at the IFI! First time in Ireland in this format. Probably last!? The compact and cableless projector is easy to plug onto your iPhone and projects all kind of media onto a screen size of up to 125 cm. Simply connect, play and enjoy your private movie show. Or browse the internet in the evening by projecting the content onto the ceiling. The internal battery can also be used to charge your iPhone on the go.