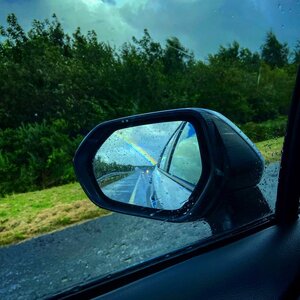 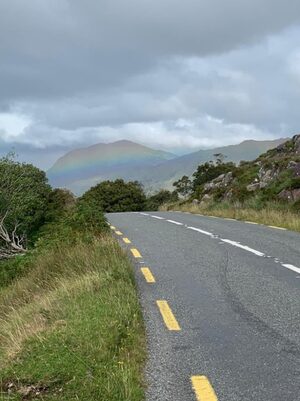 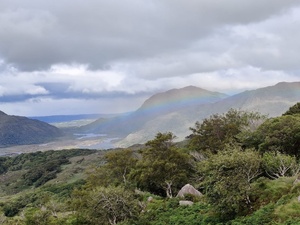 Via Aoife Thomas Doyle, who writes:

Ephemeral light. What a privilege to capture this. Minutes only it lasted, before it evaporated into a memory. From Putin A Rainbow – a site dedicated to helping Vladimir Putin overcome his LGBTQ+ hate. Taken from the banks of the River Lee in Cork city…

Nice bit of colour on the river this morning. View from our attic in Ranelagh, looks like a glorious summers day. Howling winds sounds effects not included ‘The Volunteers’ by Joe Caslin

You may have seen some tweets or posts about the new artwork being put up this weekend in Dublin’s Trinity College Front Square.

It’s by artist Joe Caslin and when finished – which should be shortly, it will look like this… The installation, called The Volunteers, is backed by Senator Lynn Ruane and Senator Aodhán Ó Ríordáin to coincide with their Controlled Drugs and Harm Reduction Bill 2017 currently being debated in the Seanad.