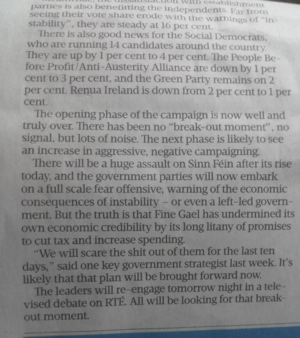 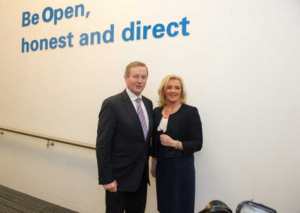 In the Sunday Business Post at the weekend, in an article by journalists Pat Leahy and Michael Brennan, a “key government strategist” was quoted as saying: “We’ll scare the shit out of them [the electorate] for the last ten days.”

“I do not want to see the flight from this country of either capital or jobs or lack of investment coming in here. And what you see is difficulties in other countries. Greece is back in recession, Spain hasn’t been able to form a government and there are rising interest rates in Portugal. We’re in a very much stronger position than we were. We still have some distance to travel and there are still many challenges out there.”

“That’s a choice for the people and I think they will reflect on that very carefully in the next seven to ten days. They decide what direction our country goes: forwards or backwards.”

Kenny: There could be ‘flight of capital’ if alternatives elected (Irish Times) 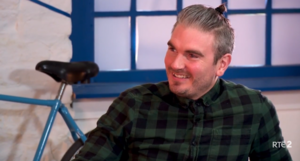 The fifth episode of season four of The Fear.

In this week’s episode the infamous Russian lady Irinka pranks former Fair City actor Killian O’Sullivan. Killian played bad boy Lorcan in Fair City once upon a time. He is now an über radio DJ… who loses his cool.

In episode four, Irinka is back with her talk show ‘Irinka On Every Corner’, Billy The Kid finds out about the birds and the bees, The Nun gets addicted to codeine and our very special guest Martin Maloney, from the Hardy Bucks, does his best Danny Dyer impression. 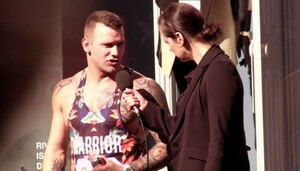 This week guest star Karl Spain hatches a plan to house his furry little friend and Dermot Whelan puts an actor through his paces as Dave’s replacement in an advert.  meanwhile, our reporter (above) meets “Conor McGregor” on the streets of Dublin… 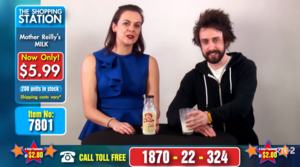 “The Fear is back for a fourth season starting tonight at 10.25pm on RTÉ 2. Trawling around the country the gang will be up to their usual tricks, storming across Ireland with their hidden camera and generally spreading The Fear…”

“This season will feature plenty more pranks and see the return of all your favourite characters, Irinka The Russian Streetwalker, The Nun, Fred Cooke, Sergeant Major and Jimmy the most annoying man in Ireland.” 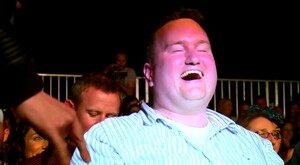 “Niall Brady’s fiancée, Rachel, decides to play a little trick on her husband-to-be (a huge fan of comic Fred Cooke) at the Vodafone Comedy Festival. They did go on to get married and are currently on honeymoon…” 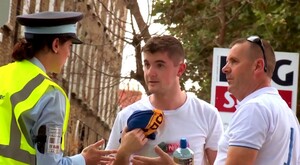 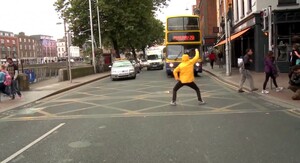 Fancy dance mayhem on the streets of Dublin off the third episode of elaborate hidden camera show The Fear, RTE2 THIS Monday at 10.30pm. 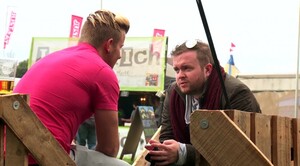 “The Fear returns to television screens tonight on RTÉ 2 at 10.30pm. This season will see the return of some familiar favourites including Irinka The Russian Streetwalker who has lost her pussy(cat), The Nun and Jimmy the most annoying man in Ireland. This series will see the introduction of an assortment of new characters including Naomi the poshest English woman in Ireland and Sergeant Major who questions what the Irish public are made of…”

“The Fear [hidden camera show] is back on RTÉ 2 with it’s third season on Monday September 29th at 10:30pm. After the success of last year’s Water Meter prank, we’ve released a taster of what’s to come over this season starring Hilary Rose, Ross Browne and Fred Cooke. Our characters return a prisoner on house arrest to his “parents” who are not that happy to see him…”