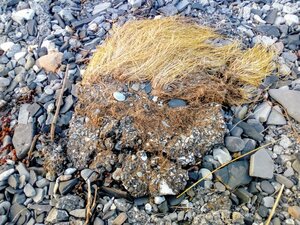 Came across this washed up on the shore of Tralee Bay… 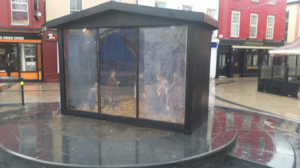 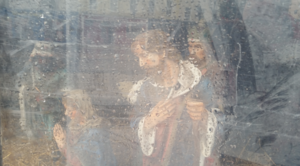 St Joseph was beheaded in a dastardly attack on the crib in the Square Tralee at the weekend. Quickly restored by the council and back in place today but bearing the scars on his neck.

Often the supporting player to the bigger stars of the nativity (I’m looking at you, three kings…) what he did to deserve the vandals’ attention is anyone’s guess. 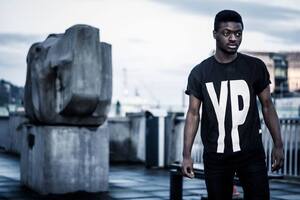 1. Young Phantom is the alter-ego of Cork-based Mark Mavambu. Growing up around a variety of music and pop-culture reference points, he’s parlayed their influence into a worldly-wise, cool and collected extension of his own personality.

2. After garnering attention as part of Tralee collective ApocalypsE, Mavambu has since set about creating a body of work encompassing hip-hop, spoken-word poetry, literature (his debut novel is currently in the writing), and fashion (as modelled in the pic above).

3. Streaming in its entirety at the link above is his first full-length, September. Though not his début proper (that’s due later this year), it’s a look at his and his collaborators’ fusion of hip-hop, electronic and ambient that underlies his stream-of-consciousness oratory.

4. Next appearing in Connolly’s of Leap this Saturday, as part of Word Up Collective’s second show at the venue, along with AikJ and Katie Laffan. 9pm, tenner door tax.

Verdict: One of the most exciting artists to emerge in Irish DIY/independent music in the last few years. 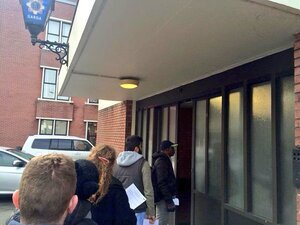 “There is actually a queue of students registering to vote at Tralee Garda Station!” 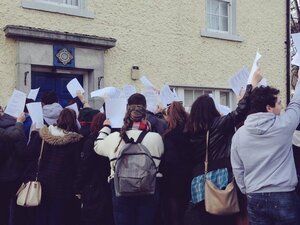 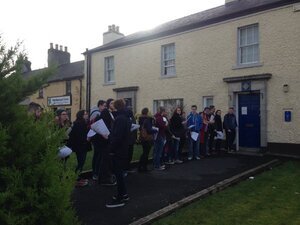 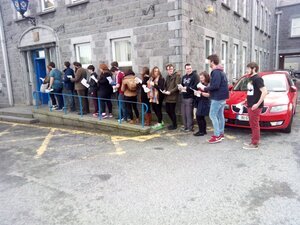 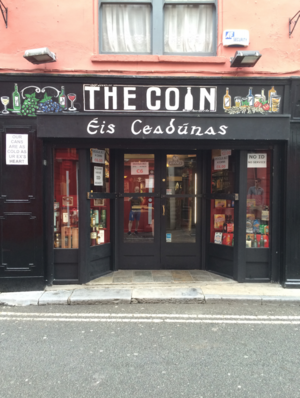 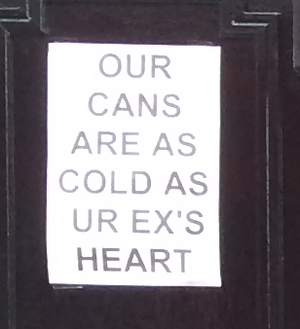 Spotted on Bridge Street in Tralee, Co. Kerry this morning. 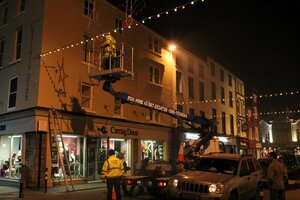 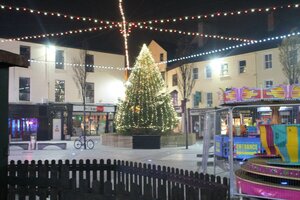 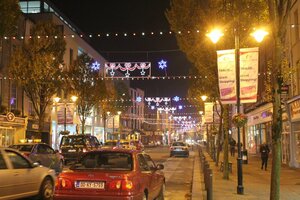 A world outside our window.

In response to the pictures of Grafton Street’s [blingin’] Christmas lights (and to combat the Dublin-centric nature of most of the user-submitted images), here’s some pictures of Xmas in Tralee. I was even lucky enough to catch the men in the cherry picker putting the lights up [top] .

Not lonely in the slightest. 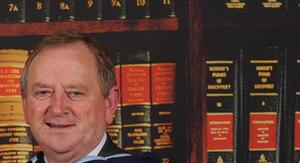 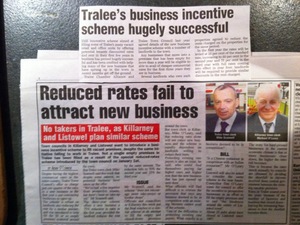