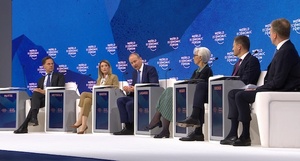 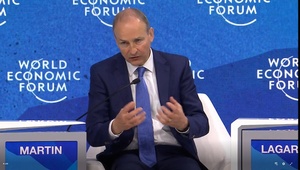 He is expected to hold a brief bilateral meeting with Ukrainian Foreign Minister Dmytro Kubela and will also meet Israeli President Isaac Herzog, whose father was born in Ireland, and whose grandfather was Ireland’s first chief rabbi. 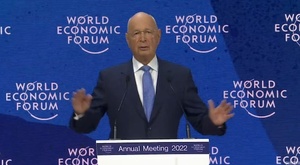 “The future is being built by us.” 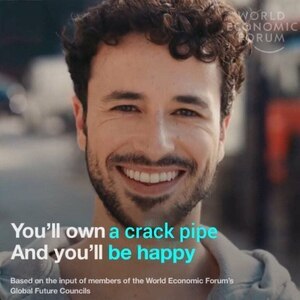 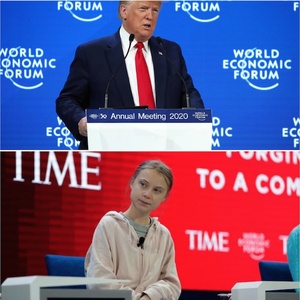 US President Donald Trump and Greta Thunberg at Davos, Switzerland

“It feels like the climate and environment is a hot topic now. But from another perspective virtually nothing has been done. Without treating this as a real crisis we cannot solve it.”

“We must reject the perennial prophets of doom.This is not a time for pessimism. This is a time for optimism.”

Greta Thunberg: ‘Nothing has been done’ to tackle the climate crisis (CNN) 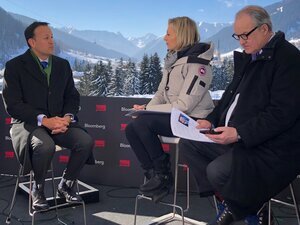 Taoiseach Leo Varadkar was interviewed by Bloomberg, which reports:

In a worst-case scenario, a hard border could “involve people in uniform and it may involve the need, for example, for cameras, physical infrastructure, possibly a police presence, or an army presence to back it up,” Varadkar said in a Bloomberg Television interview at the World Economic Forum on Friday.

“The problem with that in the context of Irish politics and history is those things become targets.”

Varadkar said the backstop, designed to avoid the return of border infrastructure, is needed to ensure those scenes never materialized, and offered little hope to U.K. Prime Minister Theresa May that he might be prepared to dilute the fix.

Instead, he turned the onus back on London to find solutions, asking why a country “victimized” by Brexit should be constantly asked to compromise.

The following transcript is from the video clip above:

Leo Varadkar: “What we’re looking for is what we’ve been looking for, from day one: is an assurance that Brexit, a decision that the United Kingdom has made, one that was made against the wishes of people in Northern Ireland, one that Ireland was not consulted about, we want a legal guarantee and an operable mechanism which will ensure that we don’t lose all the progress that’s been made in the last 20 years in Ireland in terms of our peace process and the Good Friday Agreement.

“So I know, a lot of people, when they talk about Brexit, they talk about the impact on trade and jobs, and on the economy and immigration and all those things that are really important. For Ireland, it’s something very different. We have peace in Northern Ireland and Ireland.

“We’ve had closer cooperation North and South, powersharing most of the time and, at the foundation of all of that, was the European Union because EU membership swept away so many of the differences between North and South and between people.

“And we don’t want that to be undermined and what the backstop is, it’s a means to an end. It’s a legal guarantee and an operable mechanism by which we know that there won’t be a hard border as a consequence of Brexit and that’s why we’ve had to hold so firmly on it.”

Journalist: “Is there any room for compromise in order to avoid no deal, which could make it worse?”

Varadkar: “Well, you know, we’ve always been open for compromise and we’ve always been willing to listen to the proposals that the UK government may have and, as the European Union has said on several occasions, if the UK was to change its red lines, then of course our position could evolve.

“But let’s not forget that this Withdrawal Agreement is an agreement that was drawn around all of the self-imposed red lines that the UK set for itself – leaving the Customs Union, leaving the single market, not accepting the jurisdiction of the ECJ and the backstop was designed with them.

“We would have been very happy, for example, to accept a backstop that only applied to Northern Ireland, that didn’t apply to Britain but the UK Government specifically wanted a UK element to it.”

Journalist: “That’s very clear but would you at least be open to exploring a compromise? If it means that, actually, you don’t get the hard border with the no deal?”

Varadkar: “The objective is avoiding a hard border. The backstop is the means by which we achieve it. So if there’s another mechanism, if the UK can come forward with a proposal that achieves a hard border, that gives us that legal guarantee, or achieves, avoids a hard border, then of course we’ll listen to that. Unfortunately, that’s not what I’m getting.

“I’m hearing from a lot of people, lot of British politicians and British actors saying ‘of course, we’re against the hard border and we’re also against the backstop’ but the only alternative they can offer to the backstop is a promise to sort it out later, or a promise around technologies that don’t exist yet. We’re not going to give up. A mechanism that we know will work, that’s legally binding…”

Journalist: “Have you seen these technologies?”

Varadkar: “No, they don’t exist and nobody has been able to show them to me.” 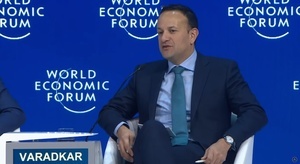 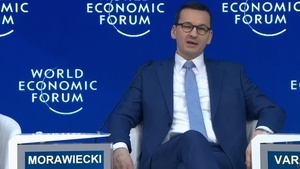 …made an emotive plea for reform – saying EU “tax havens” should be abolished in a thinly veiled swipe at Ireland. He linked his country’s history with Communism to the issue, saying history made it even more important that there be a “level playing field” when it comes to tax. 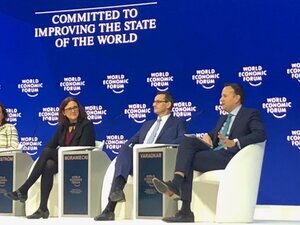 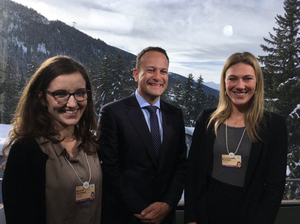 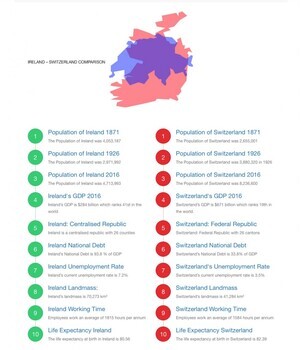 As global leaders gather in Davos, Switzerland for the World Economic Conference above is a little comparison graphic between Ireland v Switzerland, reading left to right it makes for interesting reading.

Switzerland, the ‘happiest country in the world’ is smaller than Ireland and until 1900  had a smaller population. Today it has nearly 3.5 million more people. It was a poorer country than Ireland in 1871. In per capita terms, Ireland was among the richest in the world in the 1870s and on the eve of the Great War – the Irish economy lost ground after the 1870s to most of the advanced economies outside the United Kingdom, and Switzerland in particular…. 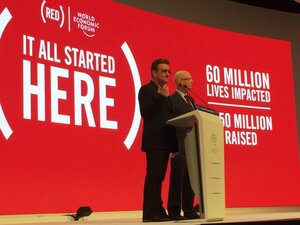 Bono speaking at the World Economic Forum in Davos this afternoon

The charity, officially called Product Red, is a brand that gets licensed to global companies, from Starbucks to Apple. A part of the profits generated by the sale of the products with the brand is donated to a fund that fights diseases such as AIDS and malaria.

It all goes around, in fairness.

Previously: Far From The Tree