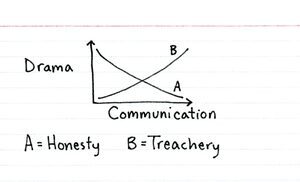 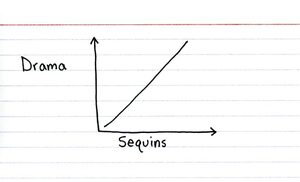 A short by Paul Trillo shot entirely (in one unbroken 10 minute take) by drone. The result is a uniquely menacing vision of one man’s public breakdown in full sight of his neighbours. To wit:

The entire shot was pre-visualized in CInema4D using 3D actors and computer generated voices. The camera operator and drone pilot then had to memorize everything beat for beat according to the script.

Here’s how it was made. Majestic dog in the snowy woods.

Posing dramatically, as one does in these situations.

What a handsome girl, yes, she is, in fairness. MORE: Cats Are So Dramatic (Eatliver) Wrecking the Rising – a new three part drama series from Tile Films filmed at a full sized GPO set constructed inside a hanger at Galway airport. To wit:

The series follows three modern-day Irishmen, Ernest (Owen McDonnell – An Klondike / Single Handed), Tom (Sean T. Ó Meallaigh – The Callback Queen /Vikings) and Seán (Peter Coonan – Love/Hate [currently narrating RTE’s Inside The GPO series]), who endure listless and unexciting lives living in Dublin. Their only enjoyment comes from staging re-enactments of the Easter Rising. After being mysteriously transported back in time to 1916 they cause a huge blunder that has the potential to wreck the Easter Rising before it has even begun. Somehow they must keep history on course – and figure out a way to return to the future. I saw this guy sitting on the edge of the `cliffs of Moher last Sunday. Thanks God he got up and walked away.