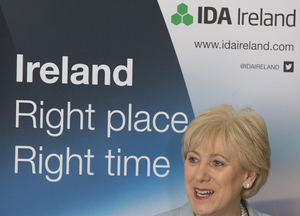 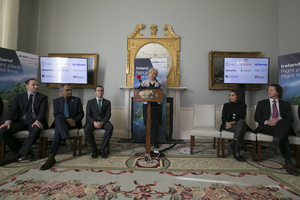 Minister for Business, Enterprise and Innovation Heather Humphreys (centre) and members of the IDA announcing the creation of 231 jobs in Dublin across “eight high growth companies from Europe and the US” this morning. 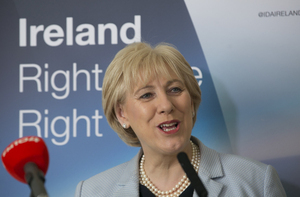 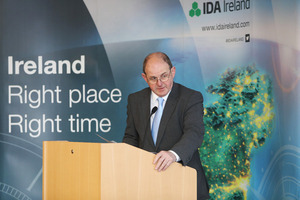 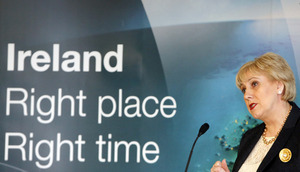 Frank Ryan, Chairman, IDA Ireland (top) Minister for Business, Enterprise and Innovation Heather Humphreys (above) at the publication of the IDA Ireland 2017 annual results, an update on foreign direct investment (FDI) trends in Ireland, and the outlook for FDI in 2018. 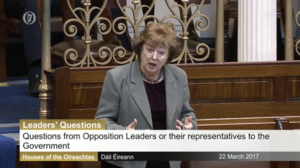 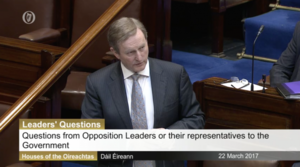 Social Democrat TD Catherine Murphy raised the issue with Taoiseach Enda Kenny during Leaders’ Questions this afternoon – and in his response Mr Kenny once again said he was accused of clogging up the roads in Cork for all the jobs he’s created.

He made this jobs/traffic claim during Leaders’ Questions on February 21 and during the Friends of Ireland lunch with US president Donald Trump at Capitol Hill, Washington last week.

Catherine Murphy: “Taoiseach, during Priority Questions, to Minster Mitchell O’Connor back in February, I asked about the anomalies emerging between IDA and Connect Ireland. There’d been a number of articles in the Sunday Business Post, which cause me to question what had actually transpired between the two agencies and if this is likely to result in the State, in a cost to the State, because of the disagreement.”

“A reply to me, the minister told me that she couldn’t go into detail because there was an ongoing legal dispute between the parties. Yesterday, the jobs committee heard allegations that Connect Ireland were possibly stymied in creating jobs in what sounds essentially like a turf war.”

“On the other side, IDA have noted that Connect Ireland failed to, by a long shot, to reach the target set in the number of jobs created, or the scheme was set to create. Whichever side is correct, the fact remains that there is a significant and fundamental difference between the jobs numbers claimed by both the IDA and Connect Ireland.”

“The core issue here, Taoiseach, is that there’s potentially, there were potentially jobs lost to Ireland. And if this is the case the reasons for that must be made clear. An important element of this is the potential repetitional damage caused. Imagine from the point of view of someone who wanted to invest, when there’s two State agencies essentially almost in dispute with each other. And look at the confusion that would create. The issue is time sensitive in that the contract expires this coming Sunday. And, clearly, these issues must be satisfactorily addressed not just behind closed doors, before any new contract is entered into or, indeed, this one is cancelled.”

“So my questions are: why is there such a fundamental difference between the IDA and Connect Ireland regarding the jobs numbers? Who is nearer to the truth here? And, if it transpires that Connect Ireland are the ones telling the truth, how much will the IDA, using in public money, have to fork out in compensation?”

“Is that figure likely to be in the many millions? As has been reported in the many media – with figures of around €14million circulating. And will it be the IDA or the Department that would be the ones called to pay out the compensation if that was the case and has any amount been factored into either of their budgets? for this”

Enda Kenny: “Well, I think the first thing I should say is that I’m quite sure that you welcome the improvement in the numbers of people working in the country. Unemployment has called from 15.2 to 6.6 with over two million-plus people now working in Ireland, spread throughout the region where every sector is growing.”

“In fact, I was accused in Cork recently of being responsible for clogging up the roads with people going to work which I suppose is a challenge, a challenge of success. I might say, I was interested in this initially, Deputy Murphy, because this was born out of an initiative that came from the 2011 Global Irish Economic Forum with the aim of involving global diaspora in job creation here when things were very, very bad…”

“There are three issues here. One is the legal issue, which I can’t comment on, and that’s in respect of the financial situation. The second is: what were the number of jobs and what are the number of jobs that were created by the ambassadors and by the connectors of Connect Ireland and thirdly, what is the position now? Well. This was a four-year scheme, it was extended after contact was made with Government for a further 12 months and that runs out on Monday…”

“Jobs are jobs and when we had none, we were very lucky to get any kind of jobs in here… I can’t comment on the court case but I will look forward to seeing Minister O’Connor’s review of this and that’s difficult given that there is a litigation at the moment…”

Related: Connect Ireland’s plea to save its scheme (Businesspost.ie) 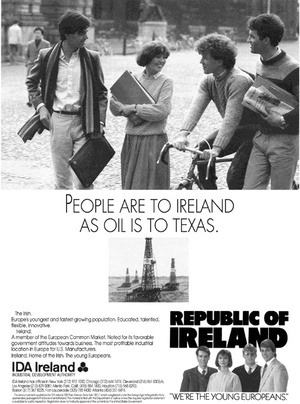 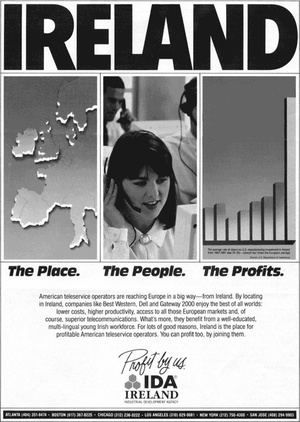 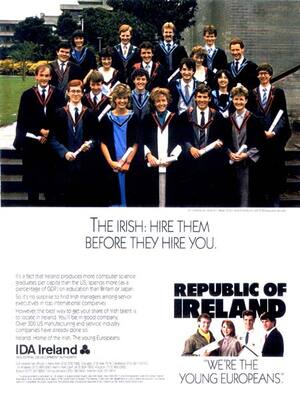 Home of the bubble perm.

Apropos [John] Moynes’ limerick today [about the new campaign by The Irish Developoment Authorty’ to lure emigrants back ‘home to work’] some of IDA’s previous work [1980s and early 1990s] as mentioned in the comments….Let’s face it. It was simpler times. 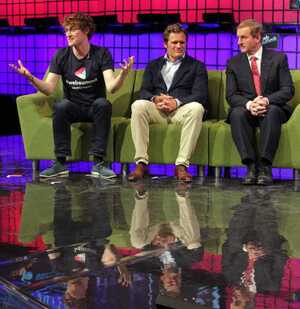 Last December Damien Mulley asked, under the Freedom of Information Act, how much the IDA and Enterprise Ireland spent on the  Web Summit.

Specifically, in relation to Enterprise Ireland, he asked for details relating to…

And the results are in.

Here’s a breakdown of the costs…

Cheap at half the price?

Or too expensive at any PRICE..

How much has Enterprise Ireland spent on Web Summit? (Damien Mulley)

How much has IDA spent on Web Summit? (Damien Mulley) 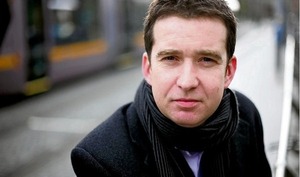 “This investment is supported by the Department of Jobs, Enterprise and Innovation, through IDA Ireland. Storyful has previously been supported in its growth by Enterprise Ireland.”

Whole product and technology team is available to chat about our 30 new R&D roles informally. Drop me a line…

Rupert must be running out of money. 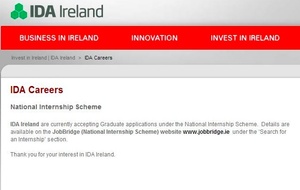 The Industrial Development Authority and JobBridge.

“Can anyone say cheap labour?”

“Watching Sunday nights US episode of Silicon Valley. The Hooli group were at (supposed) TechCrunch disrupt 2014 in San Fran and this banner was shown. It was actually kind of shown for no real reason. More like a product placement. The real disrupt is in New York in September. Anyone any info?” 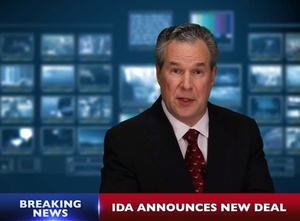 A Christmas message to the whole wide corporate world from the IDA.

Sure t’would make ye proud to be Irish, faith an’ begorrah, beggin’ yer pardon your Lordship and me wit’ the fine fat piggeen under me oxther….

Sexy and we know it.

“An emerald isle. So European. The Green.