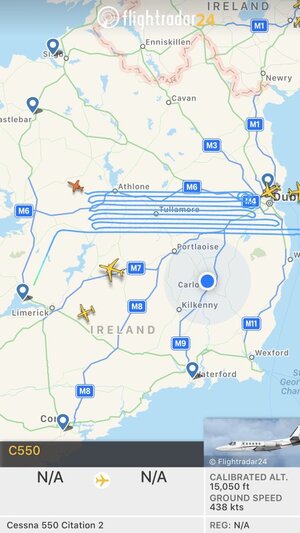 “Plane surveying or what do you think it is doing?”

Screenshot of the other day too… pic.twitter.com/Qw6XK0YWUR 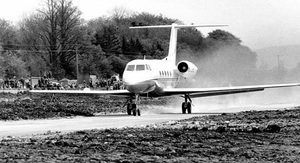 A historical article on the emergency landing of Captain Reuben Ocaña, in Mallow Racecourse in 1983 has been doing the rounds on local Facebook in the last week or so.

A Gulfstream II executive jet piloted by Ocaña made an emergency landing in the racecourse, and rather than transport the aircraft by road, insurers insisted on a temporary 3,000-foot tarmacadam runway to be built to fly the aircraft out.

The crew stayed in the North Cork town for five weeks, and became local celebrities, adjudicating the Rakes of Mallow beauty contest.

Their legend in the area endures to this day, with local nightclub Marakibo rebranding as Ocaña’s earlier this year.

Gerard Callanan, who owns a service station in Mallow, witnessed the landing. “I was opening up the garage at the time,” he says. “The next thing, I see this plane hovering around. It came around a second time, and I saw it landing. I kind of got a fright. It went down about 10 inches into the ground. It ran for about 100 yards or 200 yards, and the wings hit some of the fence posts

I could see the cockpit opening, and people getting out. I went over then, after a few minutes. The gardaí were arriving at that stage. When the captain of the plane came out, I said, ‘You’re welcome to Mallow’.” 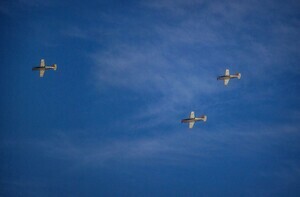 Planes currently in formation over Ballsbridge [Dublin 4]. Any idea who they are? 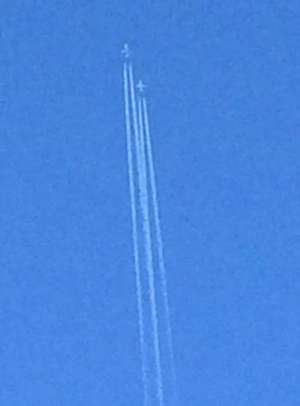 Taken over Rathfeigh, Co. Meath at 8.53am this morning.

Thanks Stephen Angels of Ireland Buckley 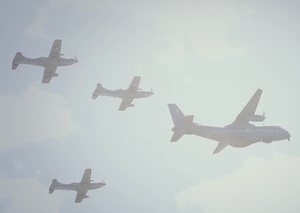 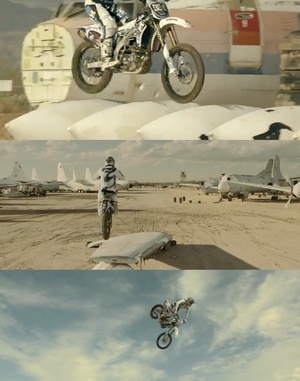 In this promo for DC Shoes, freestyle motocross tyro Robbie Maddison was let loose at the AMARC military aircraft graveyard in Tuscon Arizona.