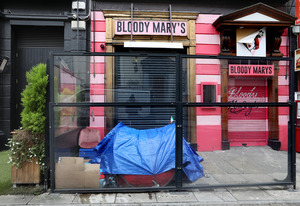 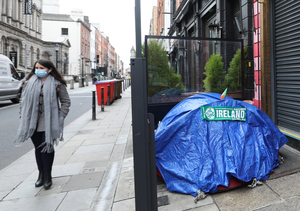 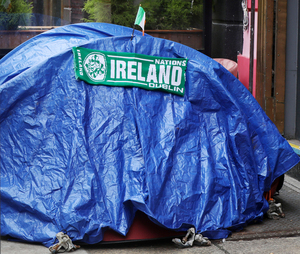 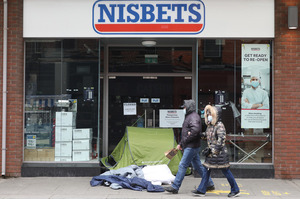 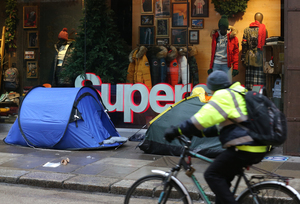 “The RTÉ investigates programme exposed a homeless support system that is badly broken. We need urgent and radical reform. We cannot tolerate a situation where people are sleeping rough because they have been denied access to emergency accommodation. We have to eliminate homelessness in Ireland.

“I have been raising the issue around the use of the local connection rule with the Taoiseach, the Tánaiste and the Minister for Housing since last November. They repeatedly sought to downplay, dismiss or deny that people were being turned away from emergency accommodation while beds lay empty. Last night’s programme categorically proves that they were wrong.

“The Government is clearly out of touch on this issue. The comments from the Minister for Housing that no-one should be denied emergency accommodation fall far short of what is needed – he must directly instruct local authorities to stop turning homeless people away.

“I have deep concerns about the conditions in private homeless hostels. There is a catalogue of failures. Some hostels have inhumane rules that state ‘Guests are not allowed to stop for a chat..’. Others are excluding people for minor infringements of unfair rules.

“Staff in some homeless hostels lack even basic training. In other cases, they are not even Garda vetted. It is not clear that these private providers are subject to the national quality standards for homeless services. Inspection reports are never published.

“The increased use of for-profit, private accommodation providers, without support services, is deeply problematic. The cost of this model of service provision is also concerning. Professor Eoin Sullivan of Trinity College has estimated that it costs €35,000-€40,000 per person to keep someone in emergency accommodation. This is shocking given the low standards. Much better value for money and much better outcomes can be achieved by providing someone with a long-term secure home of their own.

“For every day that it continues, the homelessness crisis is destroying lives. Addiction issues can start or deepen after someone becomes homeless. Life expectancy falls. Mental health issues are compounded. It does not have to be like this.

“Homelessness isn’t inevitable. It is a direct result of the decisions made by the Government. The solution to the crisis is clear – build social and affordable homes for those that need them. Re-direct the resources that are put into private providers of emergency hostels into long-term secure accommodation for people who have become homeless. Provide supports where they are needed.

“All that is required is the political will and ambition on the part of Government. I’m calling on the Government to begin by making a clear commitment to eliminate homelessness in Ireland.”

Cian O’Callaghan  is the Social Democrats Housing spokesperson and a TD for Dublin Bay North.

Yesterday: Out In The Cold 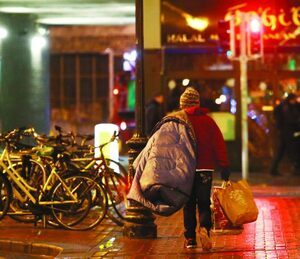 Within hours of the Oireachtas finishing up for Christmas (the Seanad was sitting yesterday), Minister for Housing Eoghan Murphy publishes the homeless in emergency accommodation numbers for November 2018.

A record 9,968 nationally are homeless. That includes a near record of 3,811 children.

The government is going to extreme lengths to keep people off the list to stop it breaching 10,000.

It’s estimated at least an addtional 600 are without a home and receiving support from the government homeless services.

Of course, it ignores rough sleepers which are a downward trend at the start of the year are increasing again.

And it ignores those who want their own accommodation but are stuck with family or friends or 8-in-a-double-bedroom bunks.

Let’s hope in 2019 the CSO take over the compilation of these numbers and Murphy is fired into back bench oblivion until the next election.

Meanwhile, the figure of 9,968 reflects an increase of 244 people since October when 9,724 people were recorded as staying in State-funded emergency accommodation. 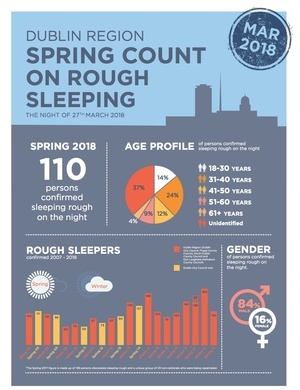 The Dublin Region Homeless Executive last night announced that the number of people spotted sleeping rough in Dublin on the night of November 27, 2018 was 156.

That’s 46 more than the last count in March.

Two counts are carried out in spring and winter of every year by volunteers. 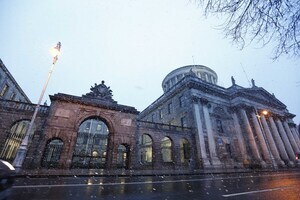 “The latest two deaths in Dublin bring to 7 the number of people sleeping rough that have died in the past 12 weeks, said the Peter McVerry Trust,

“We calling on the Government to commit to housing every person currently sleeping rough in Dublin by the end of next year.”

The charity said there are currently just over 180 people sleeping rough on the streets of Dublin and called on the Government to “commit to ring-fencing 180 social housing units for our most vulnerable citizens.” 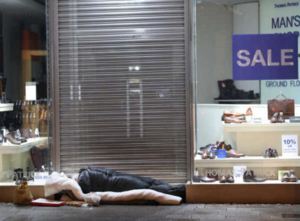 A person sleeps in a shop doorway on Grafton Street, Dublin on Wednesday night

And as little as 6 per cent of those engaged managed to enter accommodation after 11pm.

Up to 56 per cent refused to engage with emergency accommodation. A shocking 99 individuals presented as homeless last night with 85 males and 14 females – a 10 per cent increase on the previous night.

“Outreach teams found last night particularly difficult, the weather being a serious cause for concern. The unprecedented number of people on the streets in such harsh conditions is totally intolerable.”

“The fear of someone freezing to death is quite worrying.”

“A roundtable discussion is now warranted, and fears that are instilled in those who are refusing to enter accommodation needs be uplifted.” 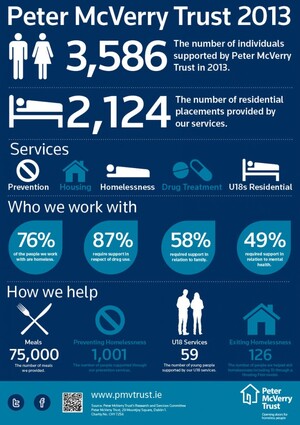 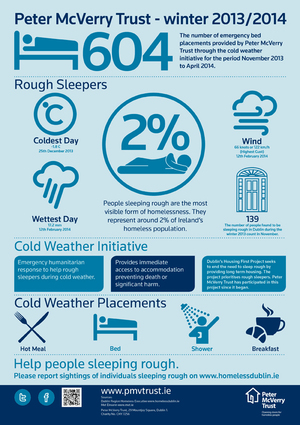 “We have produced a new infographic that looks at our cold weather initiative during winter 13/14. Weather figures are for Dublin city because it is the location for majority of rough sleepers in Ireland.”