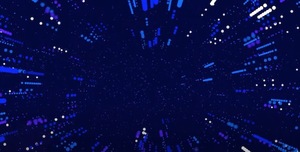 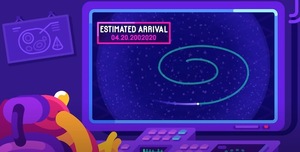 There’s nothing more peaceful and reassuring as the night sky. Until, as German educational design studio Kurzgesagt reminds us, you realise it’s full of huge objects whizzing about at terrifying speeds. To wit:

..space is big, and so the stars of the Milky Way are very unlikely to hit us. Unfortunately, they don’t have to hit anything to make us have a really bad time on earth. And there are already stars starting to get very close.

Previously: In And Out

Behold: SS 433 – one of the most exotic eclipsing x-ray binary star systems we know of. And that’s saying something. To wit:

Its unremarkable name stems from its inclusion in a catalog of Milky Way stars which emit radiation characteristic of atomic hydrogen. Its remarkable behaviour stems from a compact object, a black hole or neutron star, which has produced an accretion disk with jets. Because the disk and jets from SS 433 resemble those surrounding supermassive black holes in the centres of distant galaxies, SS 433 is considered a micro-quasar. As illustrated in the animated featured video based on observational data, a massive, hot, normal star is locked in orbit with the compact object. As the video starts, material is shown being gravitationally ripped from the normal star and falling onto an accretion disk. The central star also blasts out jets of ionised gas in opposite directions – each at about 1/4 the speed of light. The video then pans out to show a top view of the precessing jets producing an expanding spiral. From even greater distances, the dissipating jets are then visualised near the heart of supernova remnant W50. Two years ago, SS 433 was unexpectedly found by the HAWC detector array in Mexico to emit unusually high energy (TeV-range) gamma-rays. Surprises continue, as a recent analysis of archival data taken by NASA‘s Fermi satellite find a gamma-ray source — separated from the central stars as shown — that pulses in gamma-rays with a period of 162 days – the same as SS 433’s jet precession period – for reasons yet unknown. 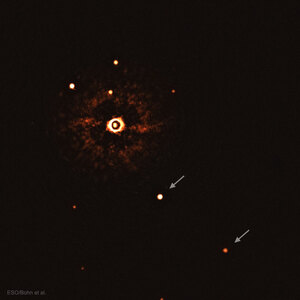 Yes you two, near the big grey arrows there.

Are there other solar systems, just like ours, with planets orbiting a star? Well, stars we’ve seen, obviously, and – when the light is just right –  exoplanets. But never both in conjunction. Until now. To wit:

Recently, however, and for the first time, a pair of planets has been directly imaged around a Sun-like star. These exoplanets orbit the star designated TYC 8998-760-1 and are identified by arrows in the featured infrared image. At 17 million years old, the parent star is much younger than the 5-billion-year age of our Sun. Also, the exoplanets are both more massive and orbit further out than their Solar System analogues: Jupiter and Saturn. The exoplanets were found by the ESO‘s Very Large Telescope in Chile by their infrared glow – after the light from their parent star was artificially blocked. As telescope and technology improve over the next decade, it is hoped that planets more closely resembling our Earth will be directly imaged.

An incredible composite image by astrophotographer Andrew McCarthy combining telescopic photographs of the planets, our moon, the sun and the International Space Station lined up against the backdrop of the Milky Way.

MORE: Astrophotographer Creates Incredible Photo of the Solar System from His Backyard (My Modern Met) 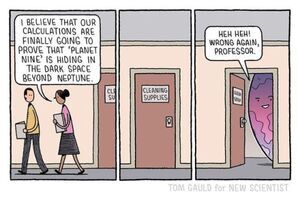 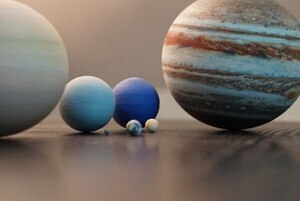 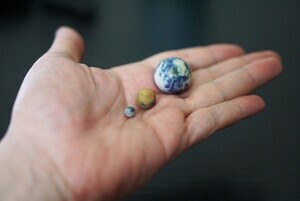 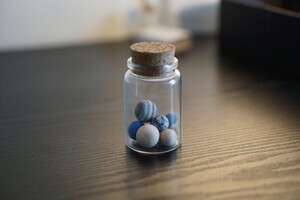 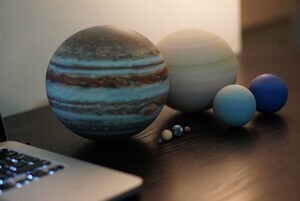 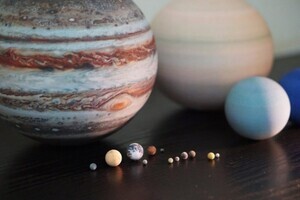 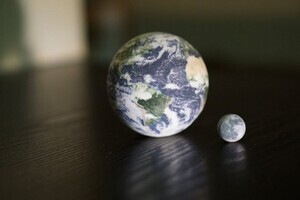 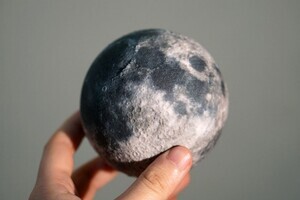 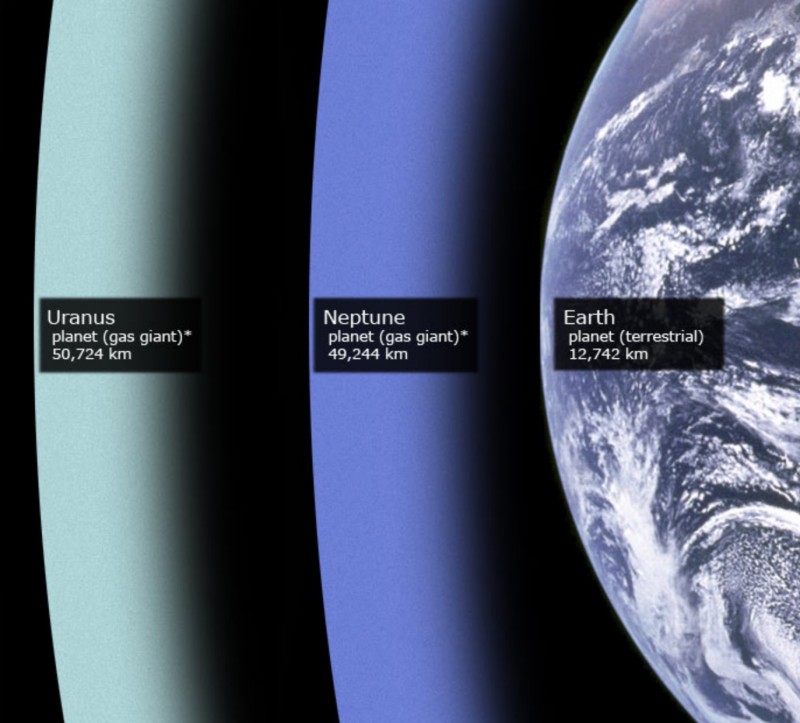 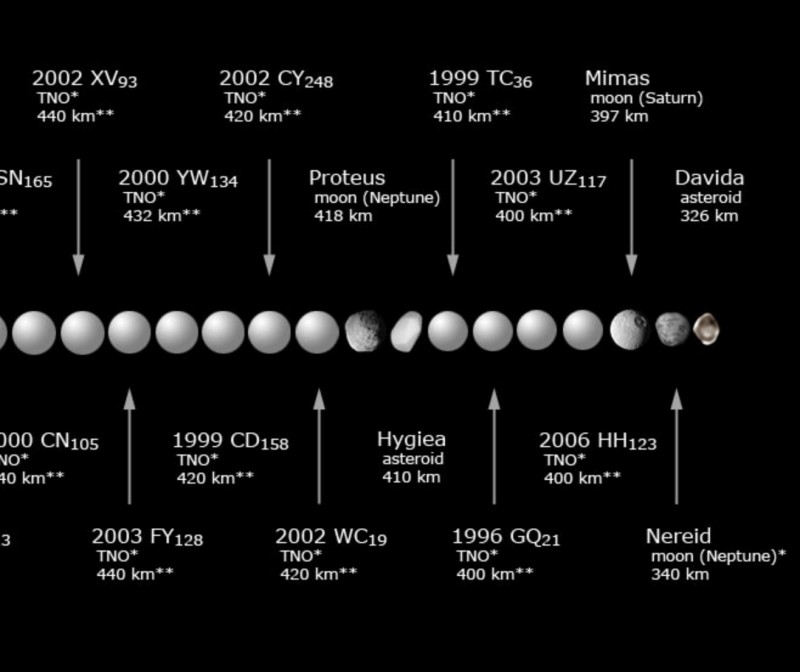 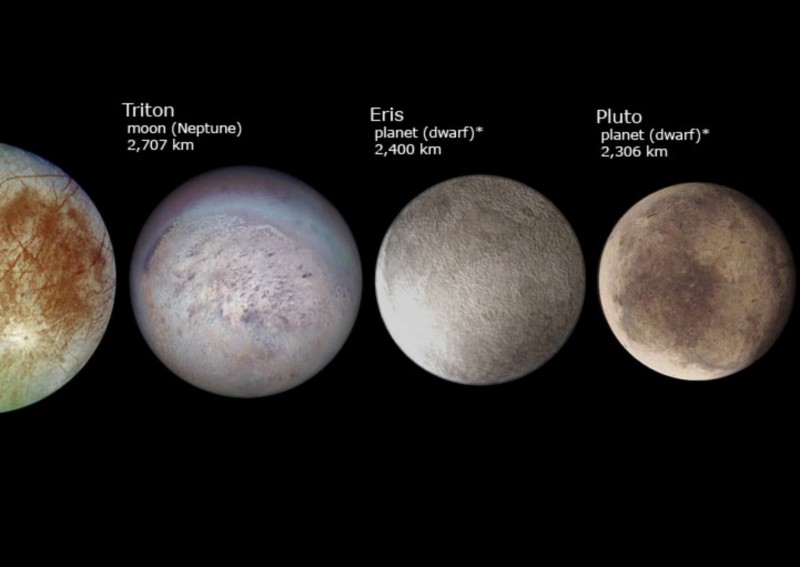 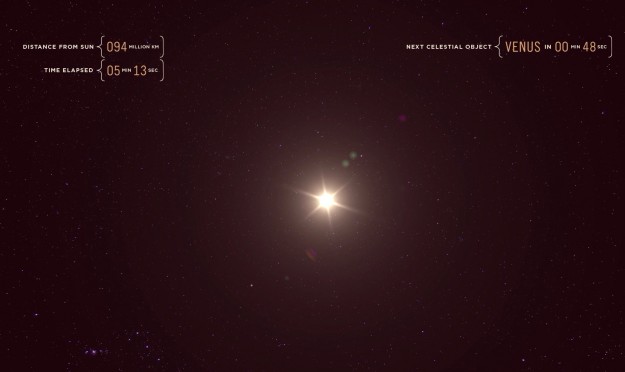 45 minutes at 299,792,458 metres per second by art director and animator Alphonse Swinehart. To wit:

In our terrestrial view of things, the speed of light seems incredibly fast. But as soon as you view it against the vast distances of the universe, it’s unfortunately very slow. This animation illustrates, in realtime, the journey of a photon of light emitted from the sun and traveling across a portion of the solar system. 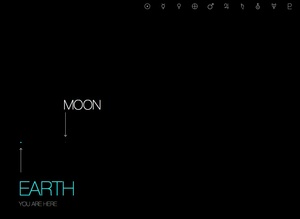 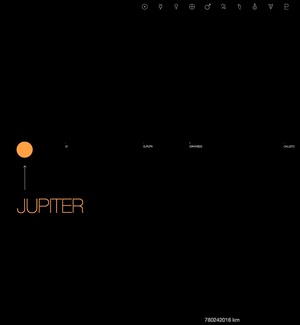 An extremely accurate scrolling depiction of relative distances between planets in the solar system created by interactive media designer Josh Worth in which the Earth’s moon (diameter 3475km) is represented by one pixel. Worth sez:

I was talking about the planets with my 5-year-old daughter the other day. I was trying to explain how taking a summer vacation to Mars in the future will be a much bigger undertaking than a trip to Palm Springs (though equally as hot). I kept trying to describe the distance using metaphors like “if the earth was the size of a golf ball, then Mars would be across the soccer field” etc., but I realized I didn’t really know much about these distances, besides the fact that they were really large and hard to understand.

Visitors can scroll sideways or jump to various planets via buttons at the top of the map.
Explore it here. 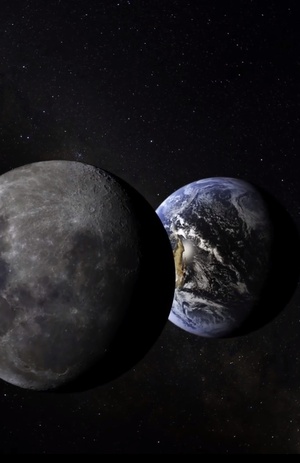 The bandwidth-scoffing 4K trailer for director Stephen van Vuuren’s upcoming 2014 IMAX feature which was made by stitching together over a million photographs of the solar system taken by observatories, satellites and spacecraft.