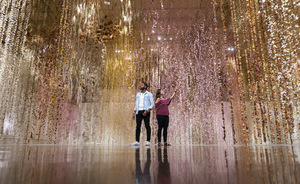 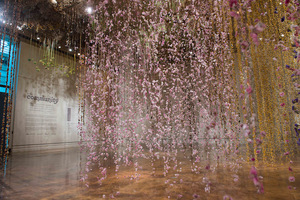 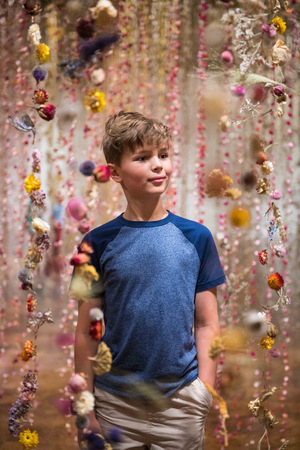 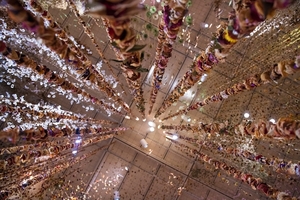 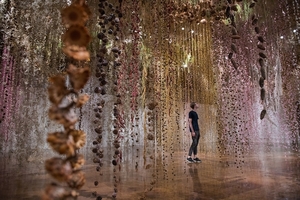 Here’s a time-lapse showing how it all came together. 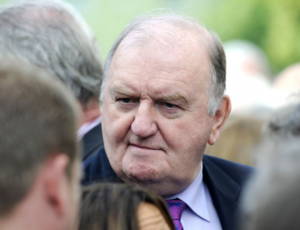 Newstalk has confirmed that George Hook has been suspended from his duties at the station. The process regarding his comments last week is ongoing. It came after the comments were condemned by groups such as the National Women’s Council of Ireland (NWCI). On Monday, George Hook offered a “profound apology” for his recent comments about rape. Newstalk last week issued an unreserved apology for the comments. Managing Editor Patricia Monahan said that comments made were “totally wrong and inappropriate and should never have been made.” 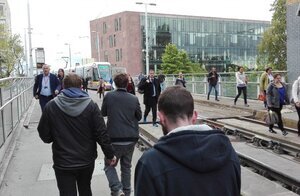 In Dublin, service has been suspended on the whole Luas Green Line until further notice.

That means there is no tram between St. Stephen’s Green and Brides Glen.

A technical fault is reportedly to blame. 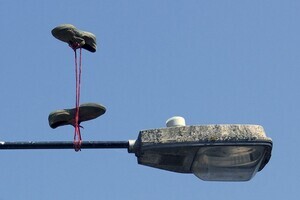 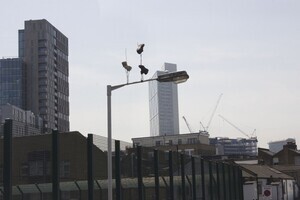 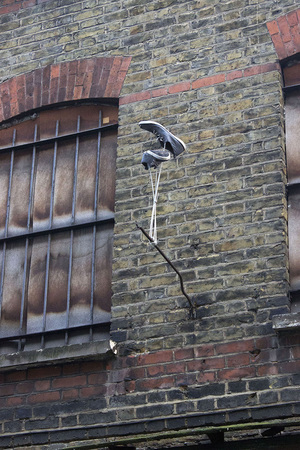 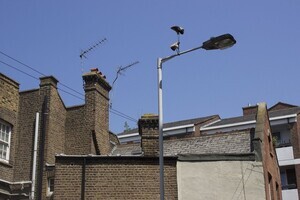 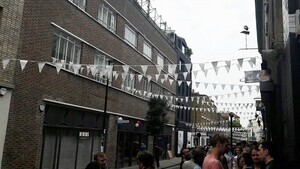 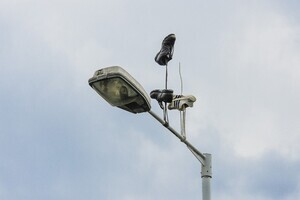 Gravity defiance by Spanish artist Pejac in London ahead of a debut solo show next month. 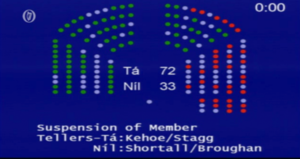 Things heating up in the #Dáil. @RoisinShortall has accused the Ceann Comhairle of bringing the House into disrepute by protecting Ministers

During the ongoing Water Services Bill debate this morning. 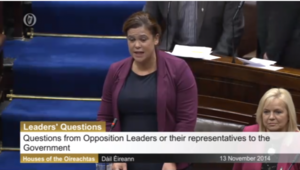 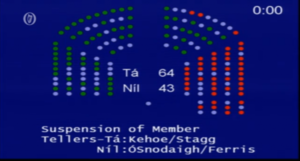 UPDATE: RTÉ News is reporting that the Ceann Comhairle will not come into the Dáil chamber until Mary Lou McDonald leaves the house.

Transcript of what was said before it all kicked off…

Mary Lou McDonald: “Let me return to , if I might the two specific questions that I’ve put to you, as Tánaiste, but also as Minister for Social Protection, I have asked you specifically to give an assurance to the Dáil, that you will not allow for unpaid bills to be deducted from people’s wages, people’s pensions, or people’s social welfare. That’s question number one, if you would answer. Question number two was, that you would not allow attachment orders to be used by Irish Water for unpaid bills. And I know Tánaiste that the House is sitting on Friday, I understand that there will be a vote on Friday, I wonder to myself and there is some speculation that there might be emergency legislation presented on Friday, perhaps to allow for these very things.”

McDonald: “So put people’s minds at rest and make it clear today that you will not allow for deductions of unpaid bills from wages, from pensions and from social welfare and, address also please if you would, that the issue of attachment orders and make it clear that you will not allow for the use of such orders by Irish Water in respect of unpaid bills.”

Joan Burton: “Well, first of all, just let me say, I’ve been listening very, very carefully to what people are saying…”

Burton: “And deputy, what people have said to me, up and down the country, and I’ve had the opportunity to be in quite a number of different parts of the country, in recent weeks. And, listening to people, which I do, I’m not sure if you always do, but I certainly listen to people. Yesterday, listening to the [Maira Cahill] debate, it seemed like there’s a very large tin ear on the part of the many of the people that your party, in relation to very serious concerns. But listening to people, as I go around the country, what people say to me and I can only offer you my experience. And I…sorry…can I answer…you asked me about listening, can I tell you about listening? Can I answer the deputy, can I answer the deputy’s questions…what people say to me is they want clean, reliable water. In Roscommon they tell me, they don’t want to have to boil their water, as they’ve been doing for 12 years…

Barrett: “Thank you, thank you.”

Burton: In Dublin, restaurants and hotels tell me to continue the tourism and the hospitality trade in Dublin, Dublin needs a reliable supply of water, it doesn’t have it. Now in relation to next week…”

Barrett: “Would you please, we’re over time..”

Burton: “…In respect of next week, I have told you already that Minister Alan Kelly is finalising the package of proposals in relation to Irish Water and when he unveils the package, there’s been no agreement finalised in relation to the package, except, as I think I told you some weeks ago, I am very, very confident that the package will be one which will address the issue of single-person households and households where there are two or more people and that the charges will be modest and extremely affordable, particularly in the context of a budget where the middle-income families you’re talking about, the low-income families, the Budget has been built…I have told you…”

McDonald: “I will not leave the house.”

McDonald: “My questions were put very clearly, in very clear… you did not answer..”

BREAKING: #dailsitin over as Dáil adjourned until 2pm Tuesday, @MaryLouMcDonald has left the chamber 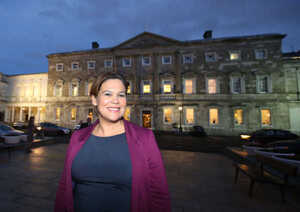 Mary Lou McDonald this evening following her Dáil sit in. 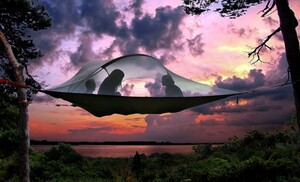 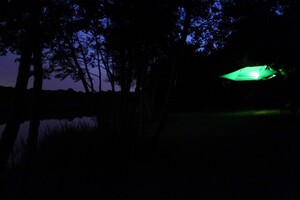 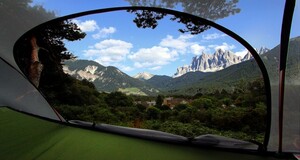 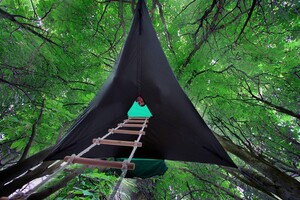 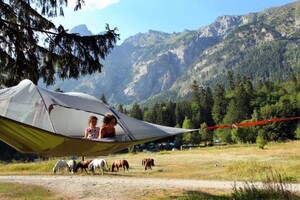 Created by UK inventor Alex Shirley-Smith in 2010 and since developed for mass production, the Tentsile Stingray (€550) is a portable, rain-proof, insect-proof treehouse that anchors to trees, hangs suspended like a three-point hammock and folds away into a backpack when not in use. 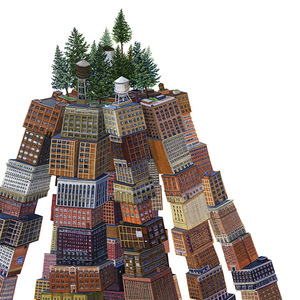 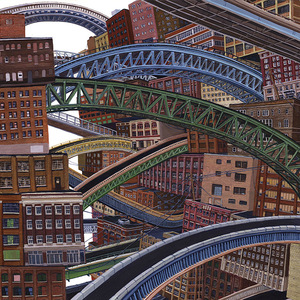 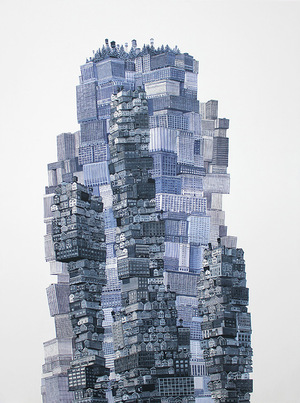 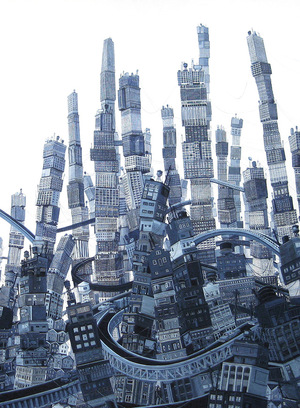 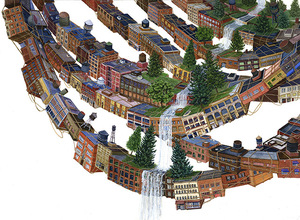 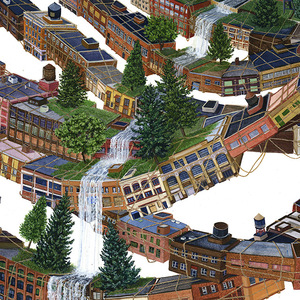 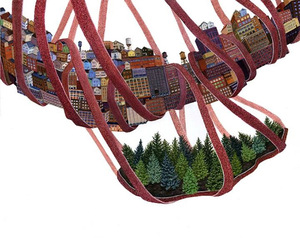 Putting Down Roots – an eyeball-pleasing collection of bizarre, teetering and suspended cityscapes by artist Amy Casey, currently exhibiting at Zg Gallery in Chicago.