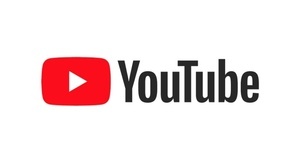 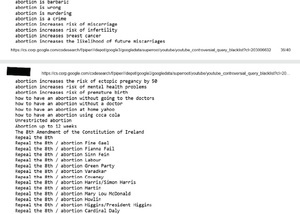 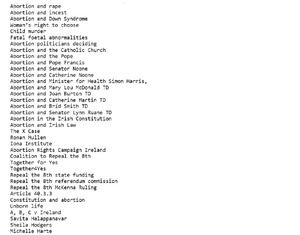 [US-based] Project Veritas has obtained a youtube-blacklist-large-upload from an insider at YouTube which appears to show the manipulation of political content in an Irish election.

These terms include phrases that are directly related to the referendum that occurred in May of 2018 to repeal the 8th Amendment in Ireland.

In the run-up to the vote, Google publicly announced that it had suspended all advertising connected to the referendum as part of an effort to protect “election integrity.”

“On Monday Project Veritas released a viral investigation that raised questions of Google’s interference in American elections.  This new document shows their subsidiary, YouTube, appeared to have attempted to influence elections in Ireland.”

“… In the midst of the Irish referendum on abortion, our systems brought authoritative content to the top of our search results for abortion-related queries. This happened for both pro-choice and pro-life queries, there was no distinction.”

DO THINK BIG TECH IS WORKING TOGETHER? 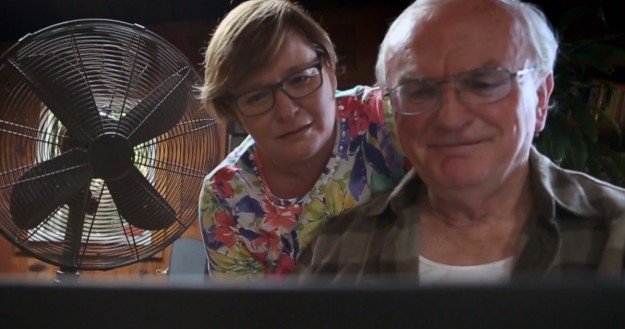 Trevor Moore, a founding member of The Whitest Kids U’Know, sings the tragic (NSFW: language) ballad of a loving couple who tried to do something nice on the Internet. 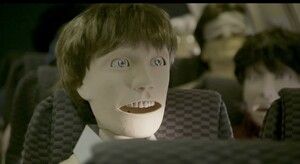 The ad documents, in real time, a 5 hour and 45 minute flight from Newark to San Francisco Airport aboard the makey-uppey Blah Airlines flight 101.

And you thought 5 seconds of that Heineken ad was annoying. Flooding You Tube this morning.

Most videos I have viewed this morning have been prefixed with ads from the Life Institute  (above). Bring back the smashing, typing, trimming and annoying Lucozade ads please… 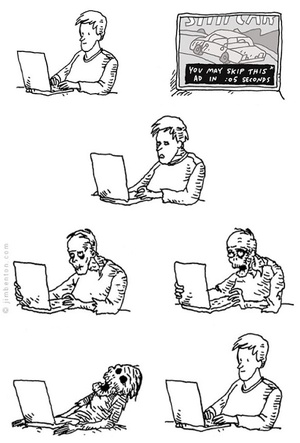 Well, if you must.

“When you reach 60 you should be off the road.”

Walk off the Earth and Sarah Blackwood perform a cover of Gotye’s “Somebody That I Used To Know’ using five people on one guitar.

“There are no hot guys here.”

“Guys are really intimidated by me.”