Leo Varadkar jeered by protesting farmers as he arrives for this morning’s cabinet meeting.

“Where’s the beef ya vegan ya” was my personal favourite shout pic.twitter.com/8qjjsCwKwQ

Taoiseach Leo Varadkar arrives at #Cork City Hall for this morning’s Cabinet meeting to shouts from farmers of:
“Where’s the beef, ya vegan.”

He is confronted here by IFA President Joe Healy pic.twitter.com/GAG0F739fQ

Livestock shenanigans at a cabinet meeting being held in Corcaigh – a temporary re-location that must have seemed like a good idea at some point. The Health and Safety Authority has criticised Vodafone Ireland’s ad campaign, which shows a couple entering a field with a bull, saying the way the couple avoid an attack is actually a way to provoke bulls.

Readers of the irish Farmers Journal criticised the ad……One man asked why the Vodafone ad was encouraging people to enter a field with the bull, with another reader agreeing with him, saying it was a “disgraceful” advert.

“I suffered but survived a serious bull attack seven years ago and still have health problems. That ad should be scrapped,” she wrote. Farmer Writes: A case of a bull with a broken penis (Irish Farmers Journal) 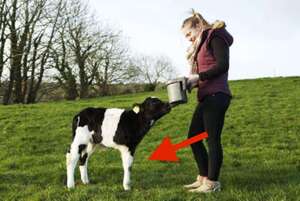 “I saw one leg coming out and I straightened it, but I couldn’t see the other one,” Farmer David Cregan told the Farmers Journal. “He was born on Tuesday and it was Thursday before he was able to stand.“

Thanks Aisling Hussey and Candice 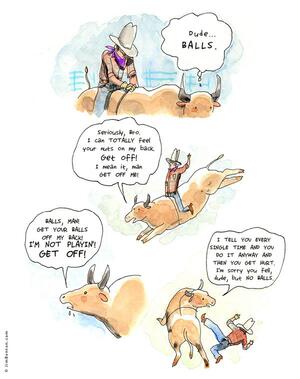