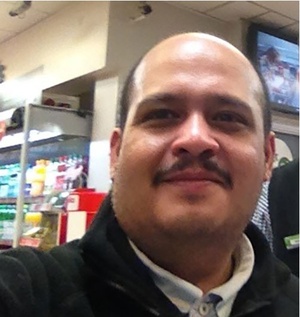 Bangladesh-born Centra manager Akram Hussein, who died after chasing a shoplifter from his Drumcondra store

This is Ireland. And I’m proud of it. Locals lining the street in Drumcondra this morning to show respect to our local shopkeeper Akram, who died suddenly last week, as the hearse arrived en route to bring him home to his wife and family in Bangladesh. pic.twitter.com/EqUXL1Kf46

Last week: “I’ve Never Seen Anything Like The Love People Have Had For Akram” 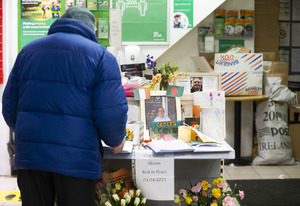 Tributes from customers and staff alongside a Book of Condolences for much-loved shop manager Akram Hussein, originally from Bangladesh, who died on Saturday following a foot chase after a shoplifter.

Peggy Groarke, who owns the Centra store with her husband Nathy, said:

“I was just amazed at the amount of people coming in. We’ve had local politicians, local gardaí, nurses from the Mater Hospital and doctors. He started around 5am and so he knew everyone going to work. I’ve never seen anything like the love people have had for Akram.

“The age profile of people coming in was from about 4 to 90, so he didn’t just appeal to any particular age group. The children loved him, he knew all their names.

“He had a talent that was exceptional and always had a permanent smile.” The Food Safety Authority of Ireland has published an ‘allergy alert notification’ about a batch of Centra Salmon Sensation (above).

“The implicated batch of Centra Salmon Sensation was mis-packed with Centra Prawn Cocktail.

The product contains prawns (crustaceans) and sodium metabisulphite (sulphur dioxide) which are not mentioned on the label.

This may make the batch unsafe for consumers who are allergic to or intolerant of crustaceans and/or sulphur dioxide.” LIDL last night (top and middle), this morning (middle pic) and with Gardai at the scene this afternoon and a video compilation of events (above).

Centra and Topaz attacked with angle-grinders… Nine people have been arrested following robberies and looting at two shops in west Dublin.

..A small number of gardaí responding in an SUV could not get to the scene due to the weather conditions, which included snowdrifts of up to five feet.

Incredibly, it’s the @IrishTimes that’s sharing that picture of the ‘fire’ at #Lidl – This photo was from a fire in German in 2016 – It’s not from the digger / looting story at #Tallaght #Jobstown #Fail #FakeNews pic.twitter.com/ITlnX7nhFg Two politicians react to the #LidlLooting that took place last night. One grew up in #Tallaght and one did not.

One has respect for the people of Tallaght and one does not.

What in the world does local FG TD @brophytalks have to say about his shameful colleague? 😠 pic.twitter.com/oZlp5tCyuG After the disgraceful scenes at Tallaght it’s a pity the news media don’t show what happened last night in Clondalkin when a fire engine got stuck. Are they selling Dom Perignon in Centra Ballsbridge now!? Spotted this eve. Only in D4.. Bronze medal for Centra’s message of support to Rob Heffernan….