Legendary Australia leg-spinner Shane Warne, one of the greatest cricketers of all time, has died of a suspected heart attack aged 52.

Warne took 708 Test wickets, the second most of all time, in 145 matches across a stellar 15-year international career.

His management company said Warne had been found unresponsive in his villa on the Thai island Koh Samui on Friday.

“It is with great sadness we advise that Shane Keith Warne passed away of a suspected heart attack,” they said.

Sometimes, there are no words needed. pic.twitter.com/as3LbmdlgA

Stone is bowled and England are 303 all out and we require 182 runs to win!#BackingGreen ☘️ pic.twitter.com/ylM7Tvue71

England have bowled Ireland out for 38 to win by 143 runs in the Test Match at Lords!

No team had been dismissed for less in the last 64 years. Chris Woakes walked off with the match ball. 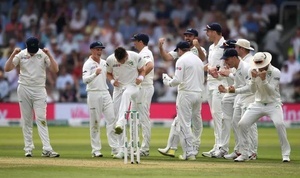 An outstanding session for the lads comes to an end! #ENGvIRE #IREvENG #England #Ireland #WeAreEngland #Cricket 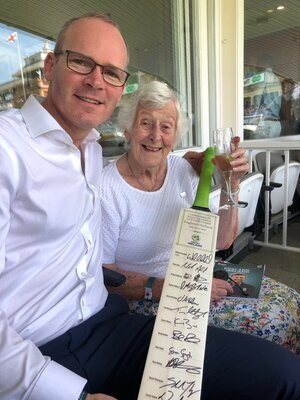 Jack Leach didn’t reach his hundred today, but yesterday at Lord’s there was another kind of centurion in attendance! As the whoops begin from the fielding side, the umpire is ordered to reverse his decision because the ball is cleansing the stumps, and this is astonishing!

Ireland have bowled superbly! England still do not know how to bat in Test cricket!

A standing ovation around Lord’s for @tjmurtagh following an outstanding spell of bowling this morning!#BackingGreen ☘️ pic.twitter.com/Vm2nwcniZa

Thompson falls as he is bowled by Broad, not offering a shot. The comforting thwack of leather upon willow.

It must be Summer.

I’m getting in touch on behalf of the England and Wales Cricket Board (ECB) and Cricket Ireland, who today launch the Royal London ODI  [One Day International] Cricket Series between England and Ireland.

With the two teams playing at The Brightside Ground, Bristol, on May 5 and Lord’s Cricket Ground on the May 7, the series will mark a historical date in the cricket calendar as England and Ireland play their first ever ODI match on English soil.

To launch the series, Dara Ó Briain (above) provides a unique interpretation from the last meeting between England and Ireland back in 2013.

Tickets to watch England v Ireland at The Brightside Ground, Bristol May 5) and Lord’s Cricket Ground (7th May 2017) are available to purchase at here and here.
. When trying to buy a cricket helmet for my son this morning I found that Brexit may result in more expensive import costs to Irish buyers…but really? Gilbey’s Bar tent  (above) at the Ireland Vs England one day cricket  international in Malahide Cricket Club.

England have yet to bat but Ireland were 56 for four in 18 overs (not very good) before rain stopped play.

The game could resume at 5.37pm, said a man in a white coat. Ireland is playing England in a one-off One Day International (ODI) in Malahide today.