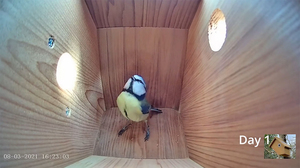 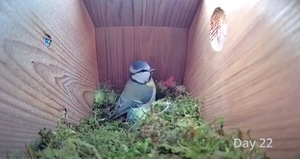 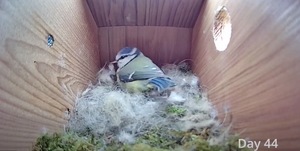 Observed by a time-lapse camera inside a bird box near Loughborough, Leicestershire, an ultra-perfectionist female blue tit spends seven weeks perfecting her nest before laying a first egg.

Normally the process takes about a week.

There’s a whole YouTube channel devoted to the family here. 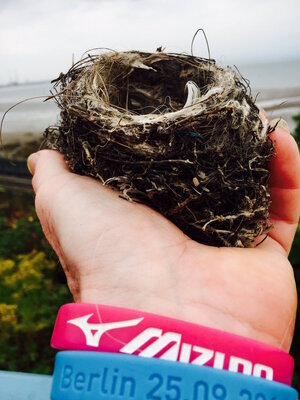 Found empty nest in Blackrock [County Dublin] on my run tonight. On Daft.ie now for €4,000 pm sharing. Students come on down… 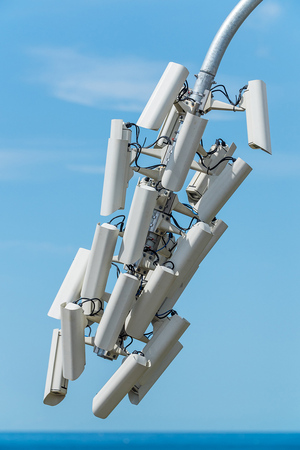 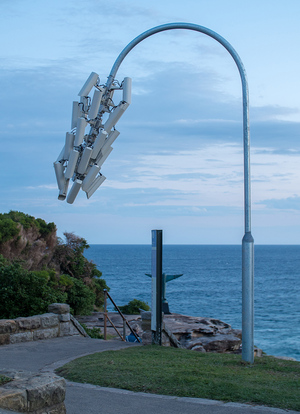 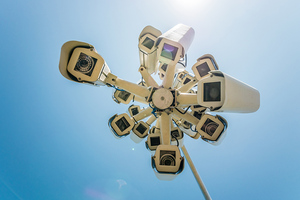 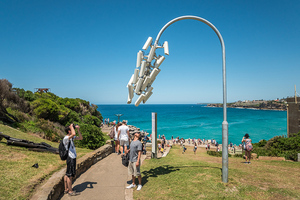 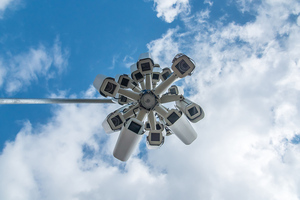 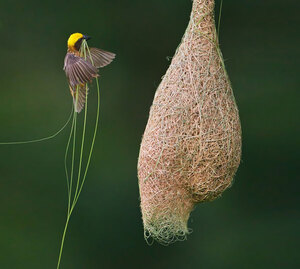 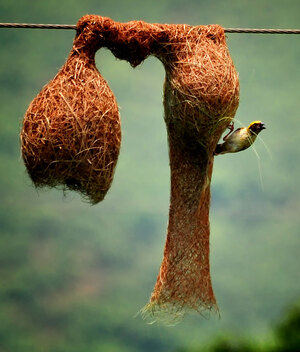 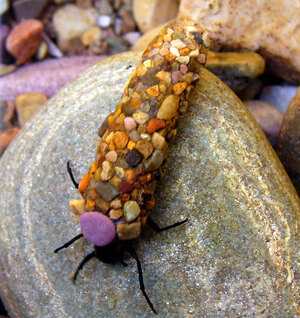 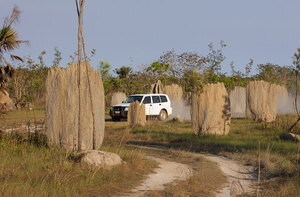 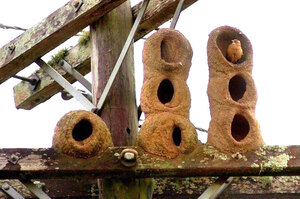 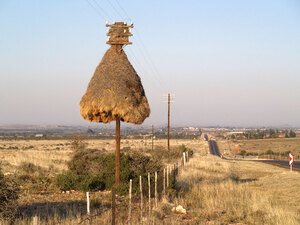 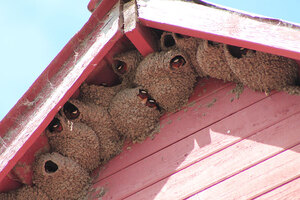 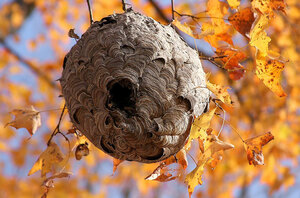 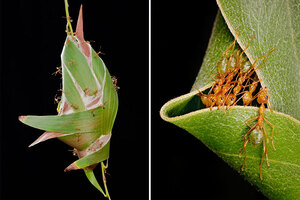 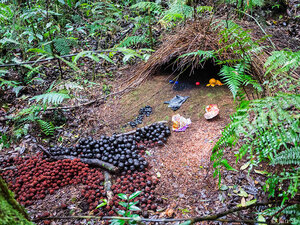 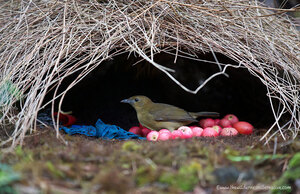 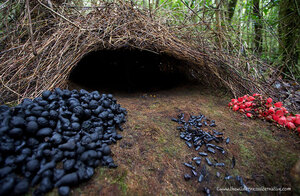 Above: the design stylings of the Baya Weaver (1,2); Caddisfly; Compass Termite, Red Ovenbird, Sociable Weaver; swallow; wasp; Australian Weaver ant and the Frank Gehry of ’em all, the Vogelkop Bowerbird (10,11,12). 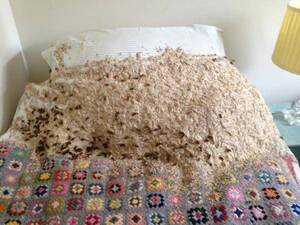 A huge wasp nest discovered by exterminator John Birkett at the unused spare bedroom of a house in Winchester. According to the Hampshire Chronicle:

“I opened the door and I just couldn’t bloody believe it,” Mr Birkett said. “It was the most incredible thing I’ve seen. “I got dressed up like a spaceman and tried to destroy as many as I could with the workers flying around the room.” The nest split in half during the struggle, releasing 2,000 wasps. “I was covered in them,” he said. “The room was completely full of wasps.” 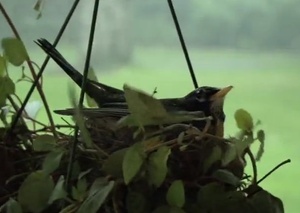 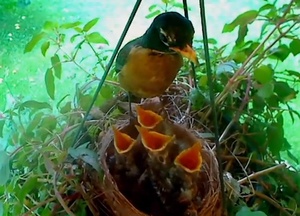 When robins built a nest in a hanging basket on Fred Margulies’s porch a few years ago, he documented the arrival of four eggs and the subsequent nurturing of the chicks by the parent birds, right up to the rather poignant moment a month later when the entire brood left the nest for the last time. 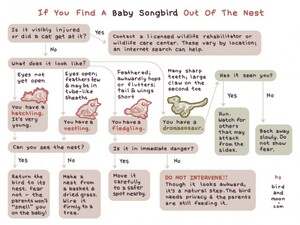 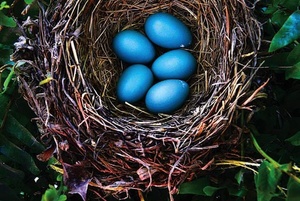 Recently-laid robin’s eggs in the garden of a house in Prince Frederick, Maryland by Washington Post photographer Linda Davidson. 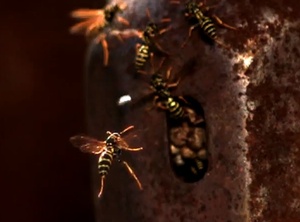 Last year, Ultraslo trained a high speed Phantom Mira camera on a wasp nest without really knowing what the inhabitants were doing.

The sequence was shot at 4700 frames per second and played back at 30fps, whereupon it became clear that the wasps were not only carrying water back to the nest but also cooling it with their wingbeats.