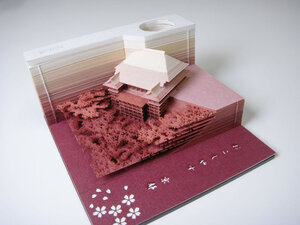 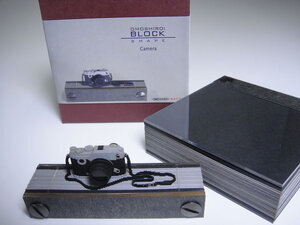 Right now the blocks are expensive (¥4000 to ¥10,000 or around €30 to €75 each) and available only at locations in Osaka and Kyoto. With luck (and sustained pressure from stationery geeks the world over) this may change 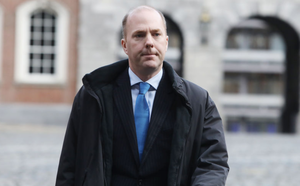 It has heard and seen notes provided to the tribunal by solicitor Annemarie Ryan, of the Chief State Solicitor’s office, of the very first consultation meeting involving gardai and counsel for the gardai at the Four Courts on the afternoon of May 11, 2015.

The purpose of the meeting was to discuss the upcoming first module of the O’Higgins Commission of Investigation – namely one of the incidents which the commission was tasked with investigating, namely a public order incident and possible sexual assault on a bus in Kingscourt, County Cavan.

The notes were introduced by Patrick Marrinan, SC, for the tribunal, as the Head of Legal Affairs in An Garda Siochana Ken Ruane gave evidence.

The tribunal saw and heard that Ms Ryan’s notes provided a lot more detail of the meeting than Mr Ruane’s notes.

They showed how Chief Supt Fergus Healy, who was the liaison officer for Ms O’Sullivan at the commission, alerted the counsel to the Ms D case and criminal investigation that was carried out into Sgt McCabe in 2006.

Speaking about what is in the notes, Mr Marrinan SC, for the tribunal, put it to Mr Ruane that: “This has absoltuely nothing to do with the facutal matters to be investigated by the O’Higgins.”

Mr Marrinan also pointed out the derogatory comment made about Garda whistleblower John Wilson – without reading it out – and said there was as suggestion that there was some collusion between Garda Wilson and Sgt McCabe.

The notes also claim Sgt McCabe said: “I will bring this job to its knees”.

Mr Marrinan tried to get an understanding from Mr Ruane why these matters were being discussed at the meeting at all.

He also pointed out that the fact they were being discussed flew in the face of the public statements being made by Ms O’Sullivan in which she repeated her support for Sgt McCabe at that time.

Mr Ruane said it wasn’t clear from the minutes who was asking questions at the meeting but he said counsel had been asking questions to understand a “breakdown” in interpersonal relationships between Sgt McCabe and some of his colleagues.

Mr Marrinan again asked if it didn’t strike Mr Ruane as “peculiar” that these matters were being explored as he said the matters questioned Sgt McCabe’s motivation. He asked Mr Ruane if he felt that was correct?

Mr Ruane said he didn’t agree that all the matters mentioned were in relation to Sgt McCabe’s motivation.

Mr Marrinan suggested it was the thrust of the minutes.

Mr Ruane also told the tribunal of a phone call he received from Ms Ryan at 11pm on the night of Saturday, May 16, 2015 – the night after the legal row broke out at the commission – when the matter of Sgt McCabe’s motivation came into question.

The purpose of the call was for information, Mr Ruane said. He said Ms Ryan wasn’t looking for further instructions.

Mr Marrinan suggested Ms Ryan was concerned that matters had “blown up” on the afternoon of May 15, 2015 and that the items discussed at the May 11 meeting had “spilled over into the inquiry’s hearings”.

Mr Ruane told the tribunal that it was made clear to him that instructions had been taken from the then Garda Commissioner Noirin O’Sullivan to raise the issue on May 15, 2015.

Mr Marrinan asked him if it crossed his mind to call Ms O’Sullivan after his conversation with Ms Ryan.

Mr Ruane said, although the Garda Commissioner had received legal advice on the Friday, perhaps he should have called or communicated with the commissioner about the instructions given to counsel, given the public statements and official line of support towards Sgt McCabe.

Mr Ruane said: “There was no one more acutely aware of the corporate policy adopted towards Maurice McCabe than Noirin O’Sullivan.”

Earlier: ‘It Was Dragged Back In, In A Collateral Way To Demean Him’

In respect of the entry about the meeting in the hotel in Monaghan, Judge Charleton put it to Mr Ruane that the only reason this would be introduced, “would be to say, ‘look, this is someone who tends to exaggerate…’.”

Mr Ruane agreed and said he couldn’t remember why it was brought up.

Judge Charleton said it was hard to imagine how it could have had “anything” to do with the events being considered by the O’Higgins Commission of Investigation.

Mr Ruane agreed and said it had “nothing to do with the facts” relative to the matters being investigated by the O’Higgins Commission of Investigation.

Similarly, Judge Charleton drew attention to the line: “McCabe had issues at why this allegation was investigated. McCabe sought access to his file and was refused the file.”

The judge said: “I can’t imagine where that came from? That never happened as far as I know.”

Judge Charleton said he had read a lot and heard a lot of evidence. He said the Independent Review Mechanism looked the file on the Ms D allegation and he said he looked at the file. He suggested the word ‘file’ was an obvious word to use.

He then asked Mr Ruane if anyone, in fact, said this.

Judge Charleton suggested that the line could have implied Sgt McCabe was a “bitter man”.

In respect of the line “McCabe’s initial sexual assault incident re: colleague’s minor daughter. Noel Cunningham will give us full details of this”, Judge Charleton asked why this would be raised given the DPP ruled there was no assault.

Mr Ruane said perhaps it was a reference to the Sgt McCabe seeking the DPP’s directions.

As for the reference to Garda John Wilson, Judge Charleton said he couldn’t understand the note that Sgt McCabe and Garda Wilson may have been “working together”.

The judge said in relation to the O’Higgins Commission of Investigation and the IRM, the two men were never on the same case.

Mr Ruane agreed and said it was his understanding that they both raised concerns about penalty points.

Echoing Mr Marrinan from earlier, Judge Charleton said Ms Ryan’s notes indicated that the thrust of what was heard at the meeting was that Sgt McCabe was a bitter man, led by emotion which could have led to unconscious bias.

He added it was easy to be wise in hindsight but he suggested the matters being raised were “liable to muddy the waters” and that someone should have said that ‘this may be the background but it has certainly nothing to do with anything that is going to come up in front of Mr Justice O’Higgins’.

Mr Ruane said “I have to agree with you there.”

Asked if he thought someone should have shouted that, Mr Ruane said: “With hindsight, possibly, yes.” 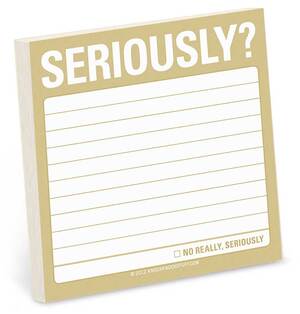 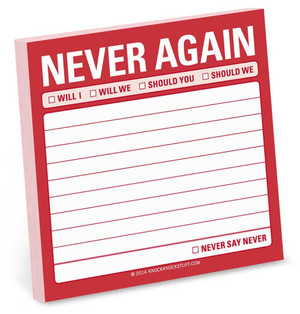 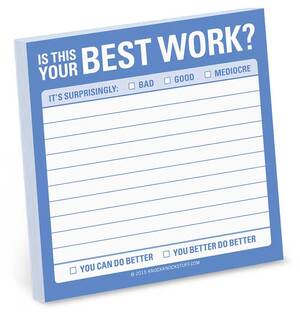 Back to School supplies from Knock Knock. 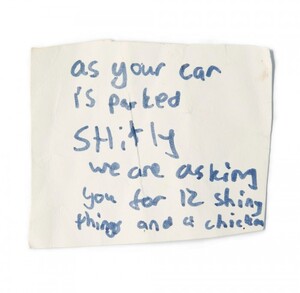 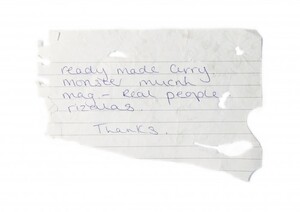 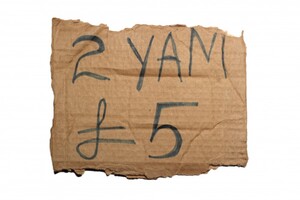 Daisy Bentley has spent the last six years picking up and preserving random scraps of paper found on the streets  of Norwich and elsewhere.

In the absence of context,  you tend to imagine your own.

To date, she’s collected 1500 notes, shopping lists, personal messages, reminders and passive-aggressive scrawls, many of which are currently on display at Stour Space Gallery in London.

Youtuber ‪Mátyás Wettl‬ employs one camera, four plates and an overpass in a strangely, pleasing possibly autotuned performance of Beethoven’s Ode To Joy. 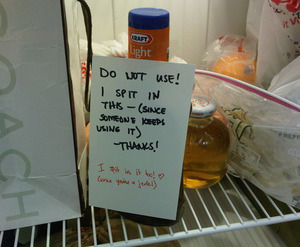