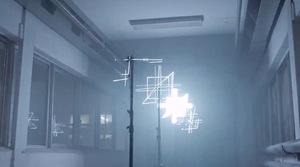 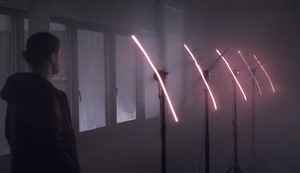 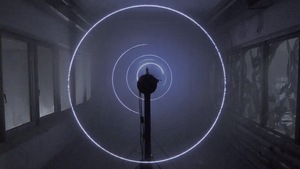 An extraordinary persistence of vision installation by Russian art collective TUNDRA which sez of it:

Row is a modular and scalable array of screens that can form lines of various length of any desired shape. Translating raw visuals driven by generative sound, the content itself is being echoed with a slight delay which creates various moving patterns that highlight and reflect the spatial characteristics of where it is installed. 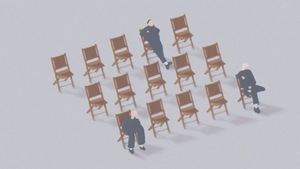 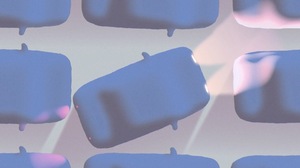 Turn up the volume (or put on headphones) for this noisy series of vignettes by Sander Joon in which things don’t sound quite as you’d expect. 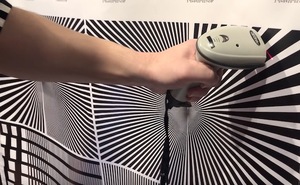 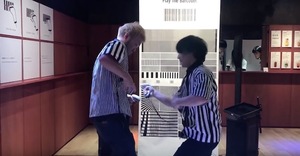 The nice chaps from Electronics Fantasticos! rig barcode scanners to a synthesiser programmed to turn patterns into sound and let rip on test cards (and their referee shirts). 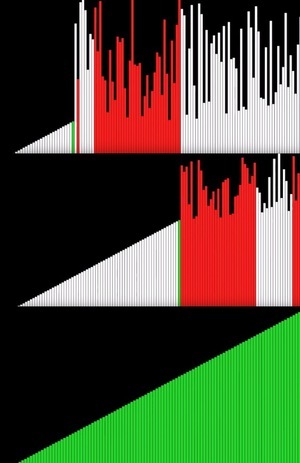 Computers use algorithms to bring order to chaos.

This mesmerising, (slightly hysterical but give it a little time to burrow into your mind) audio-visualisation  by programmer Timo Bingmann shows (and provides the soundtrack of) 16 different types of sorting algorithms at work. 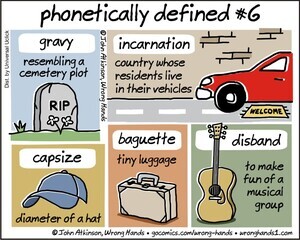 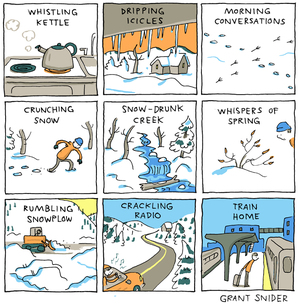 Foley artist Stefan Fraticelli shares something of the art of creating animal noises for film. As the games got more complex, so did the audio, and the theories behind it. A loop, or short, repeated section of audio, acts as a recurring cue. Dissonant sounds communicate failure, while consonant ones—think of the sympathetic vibrations of Super Mario Bros.—encourage players to continue. The tones can even mimic human sounds—a modulating synthesizer approximates laughter, like the “wawawawawa” in Duck Hunt. A-ha’s 1985 anthem Take On Me gets the Mario Wienerroither treatment.

Previously: Sounds Of The 60s