The question of our time.

Will Bond ever go electric?

We took the Tesla Model X out for a drive to see. Comparing it the new Aston Martin DBS that will appear in ‘No Time To Die’ as well as some of the cars from James Bonds past. I was wondering is this a Bond car? 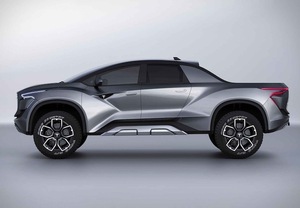 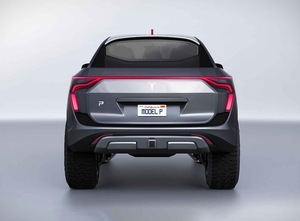 Behold: the Tesla Model P. Or rather,  a pre-launch tease from the drawing board of Turkish auto designer Enre Husmen.

For now, pricing and specifications remain a mystery but the chunky electric truck will be launched formally later this year. Sign of the times…Electric car charger at Lidl Swords exclusive to Tesla owners. On Sunday 4 out of the 10 ESB Rapid charge points in Dublin were Out Of Order. For EV drivers  this is a nightmare, especially if you have a low battery. The one just North of Malahide has been broken for 1 month which means a detour to the Airport or to Applegreen at Lusk Service Station.

Tesla are building Charge Points all round the country (eg. Applegreen Castlebellingham) and consist of EIGHT charge points in each location. However, they will not be available to other EV users.

At present Tesla owners use the ESB chargers for free with a special CHAdemo adapter. Surely in the interest of promoting the uptake of Electric Vehicles the Gov/ESB should agree with Tesla that use of each others charging stations is available to all EV Cars (even for a fee ?). Concept designs for the officially unannounced (but apparently due for release in 2019) Tesla Roadster Y by Brazilian designer Vinicius Buch.

Founder Elon Musk has hinted that the successor to the original Model S P100D roadster (which ceased production in 2012) will have an even more impressive sub-2 second 0-100km/h time.

And some kind of windscreen/roof combination, presumably. Bono arriving in his Tesla Model S at the Howth Presbyterian Church, Howth Road, Howth, Co Dublin for the funeral of John Garvin Evans, father of U2’s The Edge. He’s having having a rather public spat at the moment with New York Times reporter John Broder over a review of the Tesla Model S in cold weather conditions.

Since the car was returned to the Tesla dealership, the data logs could be pulled and Musk responded with a break down of the data that seemed to show Broder wasn’t entirely truthful about his trip. (As an aside in the unlikely instance you ever do get a Model S there’s an API you can access to get at the data)

Of course, things haven’t stopped there. Broder has since hit back with a response to the response in turn refuting the data and clarifying his drive.

Which explains the comic strip.

The lads from Arc Attack use two custom-engineered generators and the principal of the Singing Tesla Coil to create their own cover of Black Sabbath’s Iron Man, complete with twelve-foot electrical arcs.

Guns ‘n’ Roses should try this. Without the suits.