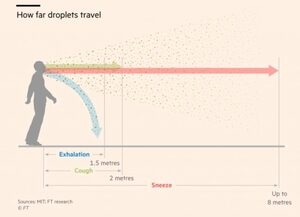 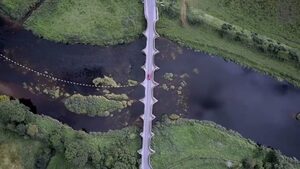 ‘Jacob Rees-Mogg you’re right. You don’t need to visit the border… you need to have lived here.’ Belfast-born actor Stephen Rea explores the real impact of Brexit and the uncertainty of the future of the Irish border in a short film written by Clare Dwyer Hogg.

May says Brexit talks at stand off, demands new proposals from EU (RTE)

by popular demand, here is the video of the 123 years of FT newspaper banners… pic.twitter.com/Jvwp2mvMle 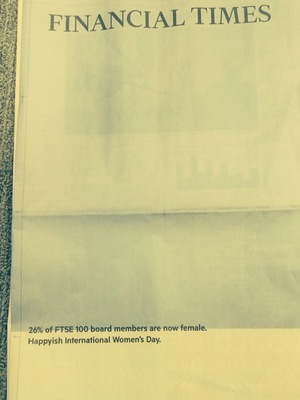 Yayish nod for the wimmin.

The FT take on #InternationalWomensDay 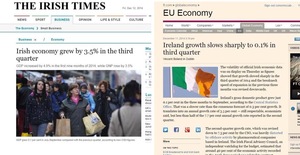 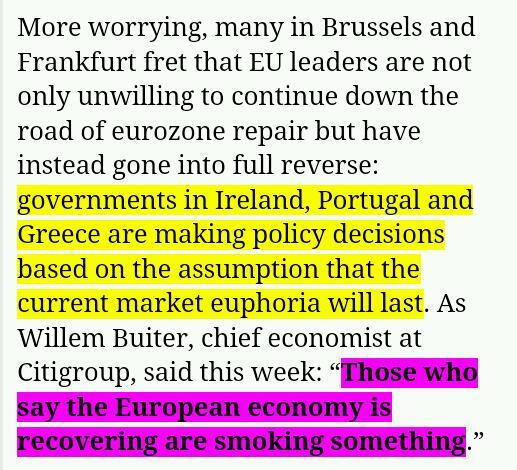 The eurozone won the war – now it must win the peace (Peter Spiegel, Financial Times) 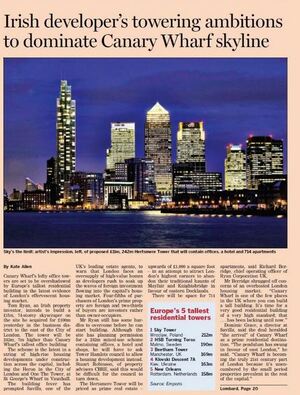 Tom Ryan, an Irish property investor, intends to build a £1bn, 74-storey skyscraper on the site he acquired for £100m on Thursday in the business district to the east of the City of London. The tower will be 7 metres higher than Canary Wharf’s tallest office building. The acquisition is the first in what sources say will be a series of UK property investments by Mr Ryan.

Hertsmere is the first British scheme for Mr Ryan, who has invested in several other countries, Mr Berridge said. Ryan Corporation would not provide details of Mr Ryan’s past developments.

Should the Commission find cause for concern, it will open a formal investigation and start a process that could force the states to recoup all the lost revenues from any unlawful sweetheart deals.

A U.S. Senate committee recently singled out Ireland for acting as a conduit for Apple’s earnings so it could sidestep large tax payments around the world. The report claimed Dublin allowed Apple to apply a corporation tax of 2 percent or less, well short of the usual 12.5 percent rate. 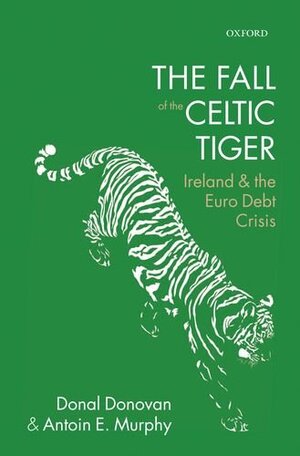 No banker, politician, regulator or auditor has “been found guilty of any crime related to one of the worst financial crises in history, which led to a humiliating €67.5bn bailout in 2010”.

Blaming a narrow group of bankers and developers suits a Dublin government seeking aid from its European partners to recapitalise its bust lenders. But it underplays the depth of the fiscal crisis in which, regardless of the banking crisis, Ireland found itself.

…Under the “clientelistic” approach, encouraged by the political system, everyone was paid off. Tax breaks were handed out to political supporters in the property sector in 2002, when the overheated market began cooling. Personal income tax cuts were introduced even as public spending rocketed.

…A secretive “benchmarking process” was set up that awarded public servants an average 32 per cent pay rise between 2003 and 2008, with only lip service paid to reforms.

The 2007 election campaign became an “auction of spending promises” by the main parties. Individuals who spoke out were silenced or, in the case of one Department of Finance official detailed in the book, were told by senior colleagues to “cease and desist”.

Between 2008 and 2015, three-quarters of the increase in Ireland’s net debt will be accounted for by the budget deficit, as opposed to recapitalisation of its banks. In other words, the bailout may have been required even if the banks had not run aground.

A review by Jamie Smyth, Irish FT correspondent, of The Fall Of The Celtic Tiger by Donal Donovan and Antoin Murphy.